'Nobody wants to be evicted', Millions still waiting for rental assistance

"I guess I just have to wait here until they take me to court and evict me," said Eduvina. "I don't even know what I'm going to do." 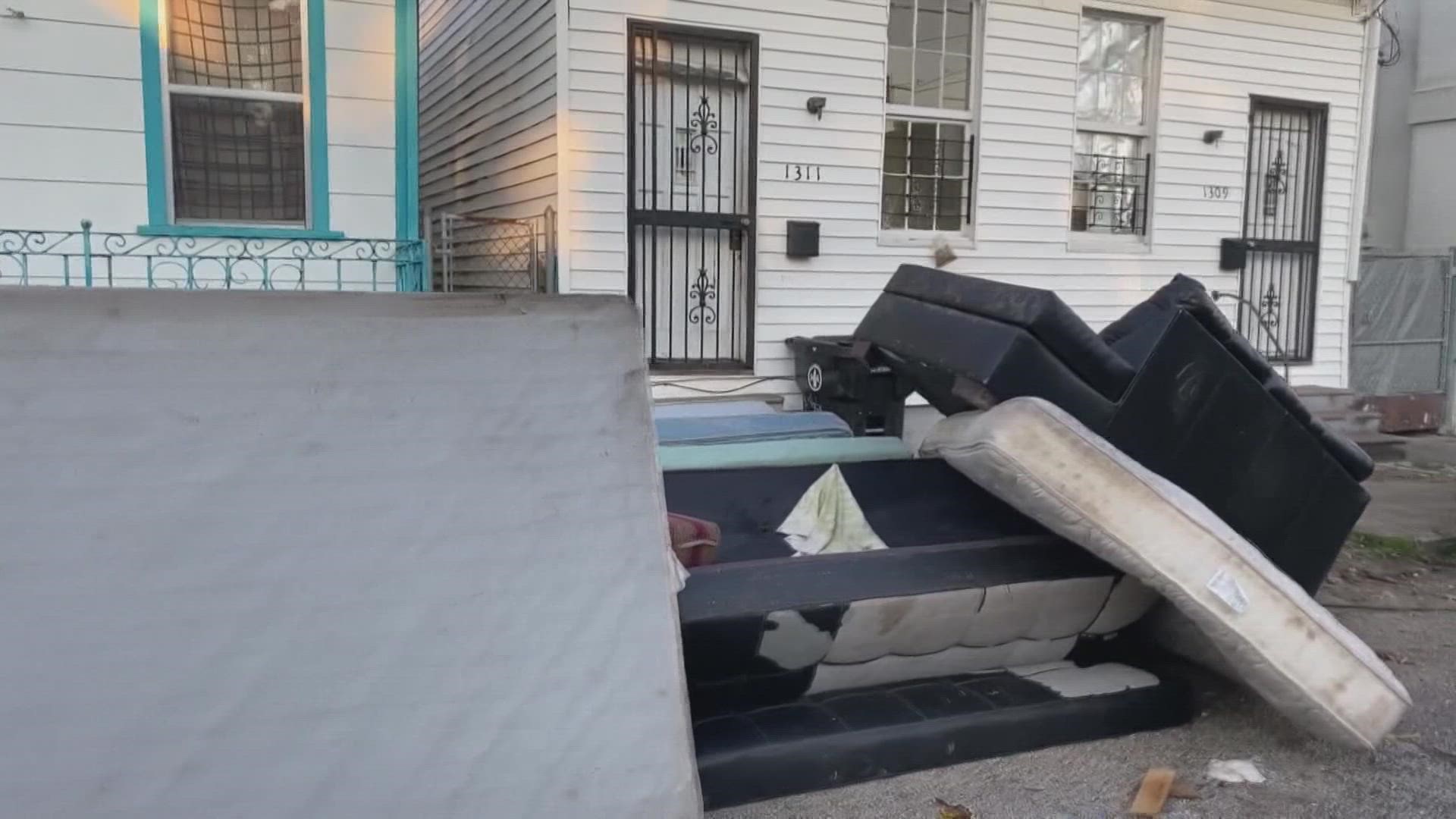 NEW ORLEANS — Thousands of people continue to wait for rental assistance...and that's just from Orleans Parish, as the nationwide ban on evictions draws to a close. Millions across the nation face eviction.

"This is my home," said Eduvina, who is at risk of losing her house.

This may sound familiar as millions across the nation have been at risk of eviction, many losing jobs during the pandemic and with no jobs, there's no money for rent.

"I've over the past year been without a stable job. It's very difficult," said Eduvina.

She applied for rental assistance in February turning in all of the proper paperwork but she has yet to receive a check. She now owes six months of back rent.

"Very much so anxious. Nobody wants to be evicted," said Eduvina

It is now just days from the final nationwide ban on eviction ending and the U.S. Census Bureau reports that as of July three point six million people in the U.S. said they faced eviction.

"We are approaching about 50 new cases just this week that are coming in," said Austin Badon, District one court clerk.

"I guess I just have to wait here until they take me to court and evict me," said Eduvina. "I don't even know what I'm going to do."

The federal government has 47 billion dollars for rental assistance but so far, only about three billion has been distributed to states.

Mayor LaToya Cantrell held a rental assistance event at the beginning of June for five thousand applicants. 14,000 applied, the mayor's office told Eyewitness News Thursday, that about 800 of those applicants have received funding.

"That was a month ago. They were told it was going to be 14 days there's still no check in the mail for most people," said Rachel Taber.

Rachel Taber of Union Migrante was at the event and said many Hispanic applicants didn't get the help they need because of incompetent translators and no Spanish applications.

She said of the two hundred people she works with, less than ten have received payment.

"I really see this as a public health crisis," said Rachel.

A UCLA study found that the expiration of eviction moratoriums is associated with increased covid-19 incidence and mortality.

Eduvina said she will keep fighting for assistance. Her life and the lives of her three children depend on it.

Cases are still waiting to be tried. He said those cases have to be heard first, he doesn't expect to get to new cases until October.

Union Migrante, an immigration rights group, plans to hold a vigil at city hall Thursday at 6:30 p.m. to encourage the mayor's office to close eviction courts.