Money Talks 100th Episode | How much things cost 100 years ago

This week, we compare the costs of goods and services from 100 years ago. 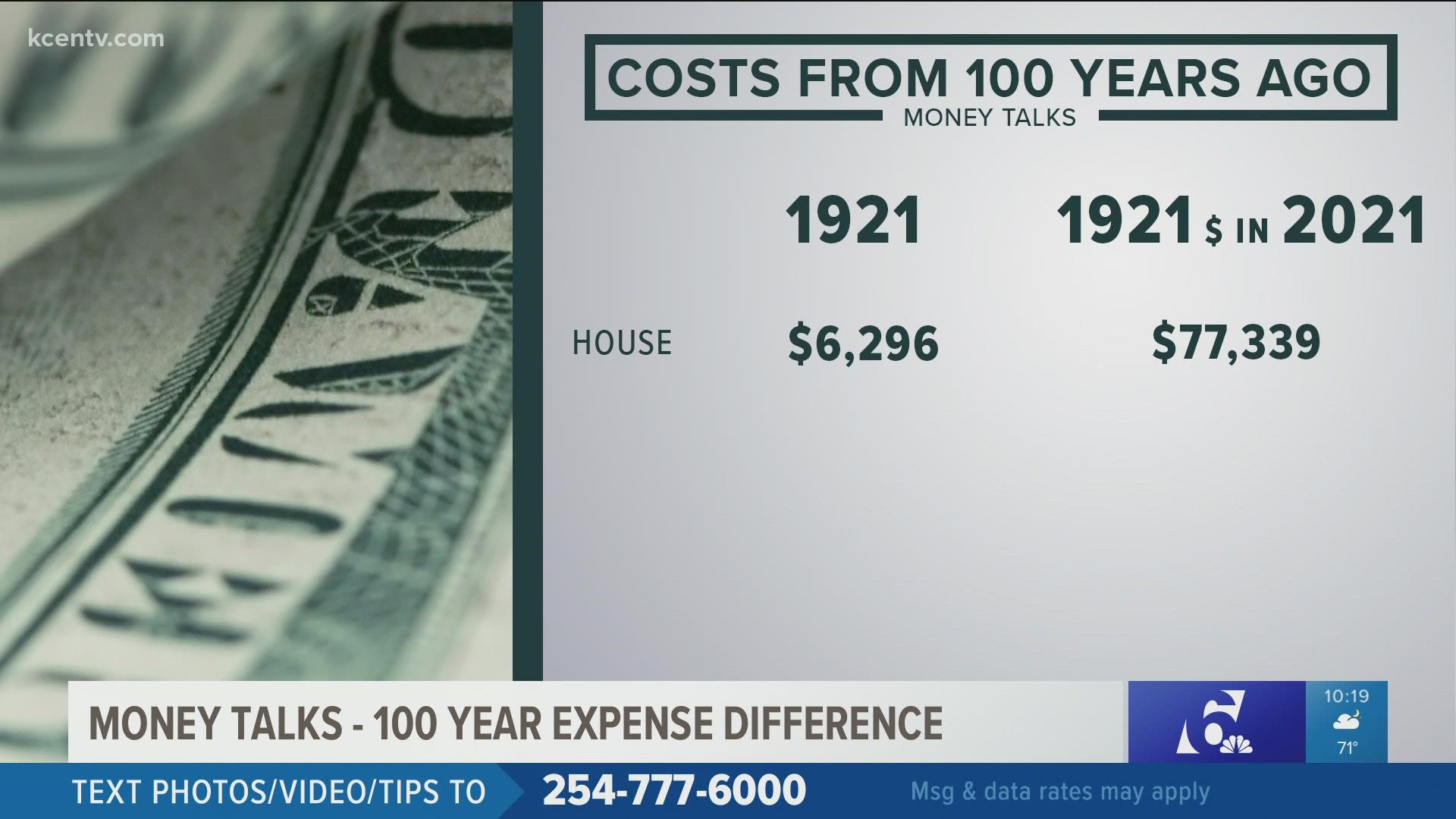 TEMPLE, Texas — Thursday marks Thanksgiving, of course, and for those of you who used to watch me on the morning show, Texas Today, on 6 News, remember I used to do a segment called "Smart Money." Since moving to the evenings, however, I now present "Money Talks.” This Wednesday night, we reach a major milestone in this series: The 100th episode.

And in honor of the 100th episode, let’s take a look at the cost of things from 100 years ago.

Financing has gotten more creative and certainly the things that we put in homes are more elaborate and much more modern.

A dozen eggs were only .47 cents but that translates to $6.06 cents in today’s money, we don't pay close to that.

We also discovered that food at a dinner or restaurant has just about kept pace with inflation, so it's about the same.

Going to the movies certain has gone up. Back in 1921, it was 15 cents, which would be 1$.93. Instead, the average ticket in America is $9.16 and in big cities, it's much higher than that without popcorn and a drink.

The good news for all that expense is in 2021, the movies have sound!

How about getting those nails done for $3.22? That's laughable in today's money! After a tip, you're looking at $40, maybe more!

One hundred years ago, the average wedding cost $400, or five grand in today's money. These day's, weddings cost on average about $33,000!

And you're paying a lot more for a new car, but you get air conditioning now and a brilliant computer in that vehicle. You'll never find a new car now for $6,790!

And you've got to feed that car! Back then, gas was only 30 cents a gallon, which is $3.87 a gallon today. And that certainly is either bad or good depending where you live in the country.

The truth is that goods and services have come down in price. Certainly not everything, but when you think about how many Americans have cell phones and flat screen TVs, there is no doubt that modern times are better times!. Much more so than the "Roaring Twenties." Also, please keep in mind that you can order a drink in a bar or a restaurant. There is no more prohibition!

Money Talks 100th Episode | How much did things cost 100 years ago?