Noah's in Westminster suddenly shut its doors on Friday, leaving brides and grooms with no place for their big day. 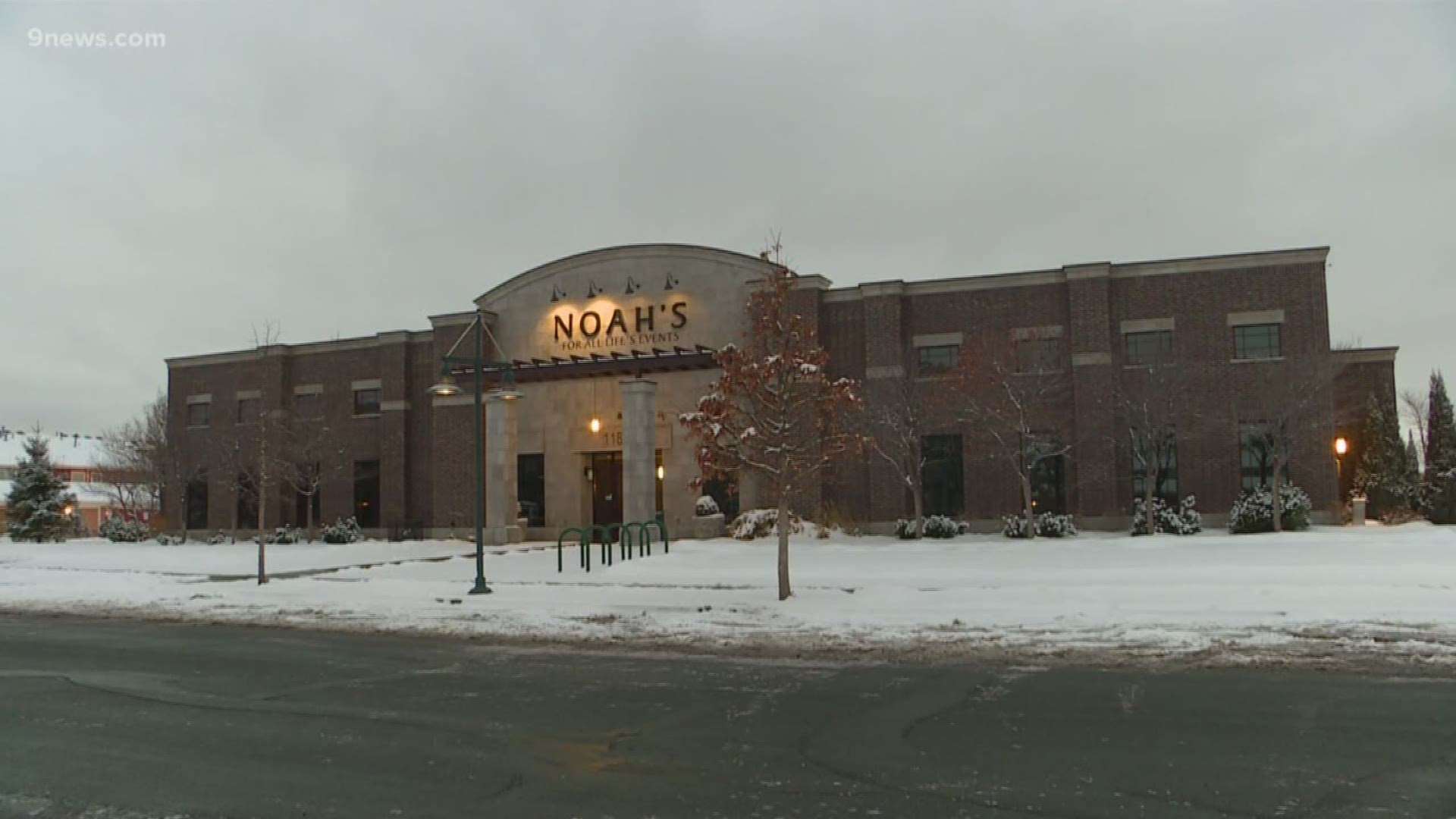 WESTMINSTER, Colo. — On a day in May in Disney almost two years ago, Aaron Schroeder asked Celina Lopez to be his wife, never knowing the place they planned to get married at would close just months before the big day.

That process became even worse when Lopez heard on Friday their wedding venue was permanently closed.

"They didn't contact us," she said. "No email, no phone call, no nothing, we were blindsided."

Blindsided, and a little broke.

RELATED: Bride left without wedding venue gets help from another hotel

The couple had already paid Noah's in Westminster nearly $5,000 to host their special day, and they don't know if they'll ever get it back.

The national events center chain shut its doors at all of their locations last week.

Stories like Schroeder's and Lopez's are being heard around the country.

"What do we do?" Lopez said. "Our wedding's in less than four months. We have no time to find something else. It's gonna be impossible."

Their wedding is Disney-themed for 300 people. Many of them already bought flights to Colorado from as far as Puerto Rico and New York.

“You get one day to do it right and make it the day of your dreams and I feel like we just got the rug completely pulled out from under us and now everything we worked so hard for is gone," Lopez said.

According to Bloomberg News, Noah's Corporation, based in Utah, filed for bankruptcy in May. Just before that, Indiana investors filed a lawsuit against them.

Lopez and Schroeder said they were never aware the company could be in any trouble.

"We're just hoping that some sort of a miracle will pop up," Lopez said."And something will be available that'll still be able to make our happily ever after come true."