On June 26, 2018 an explosion at a construction site of Coryell Memorial Hospital left three people dead and 15 others injured. 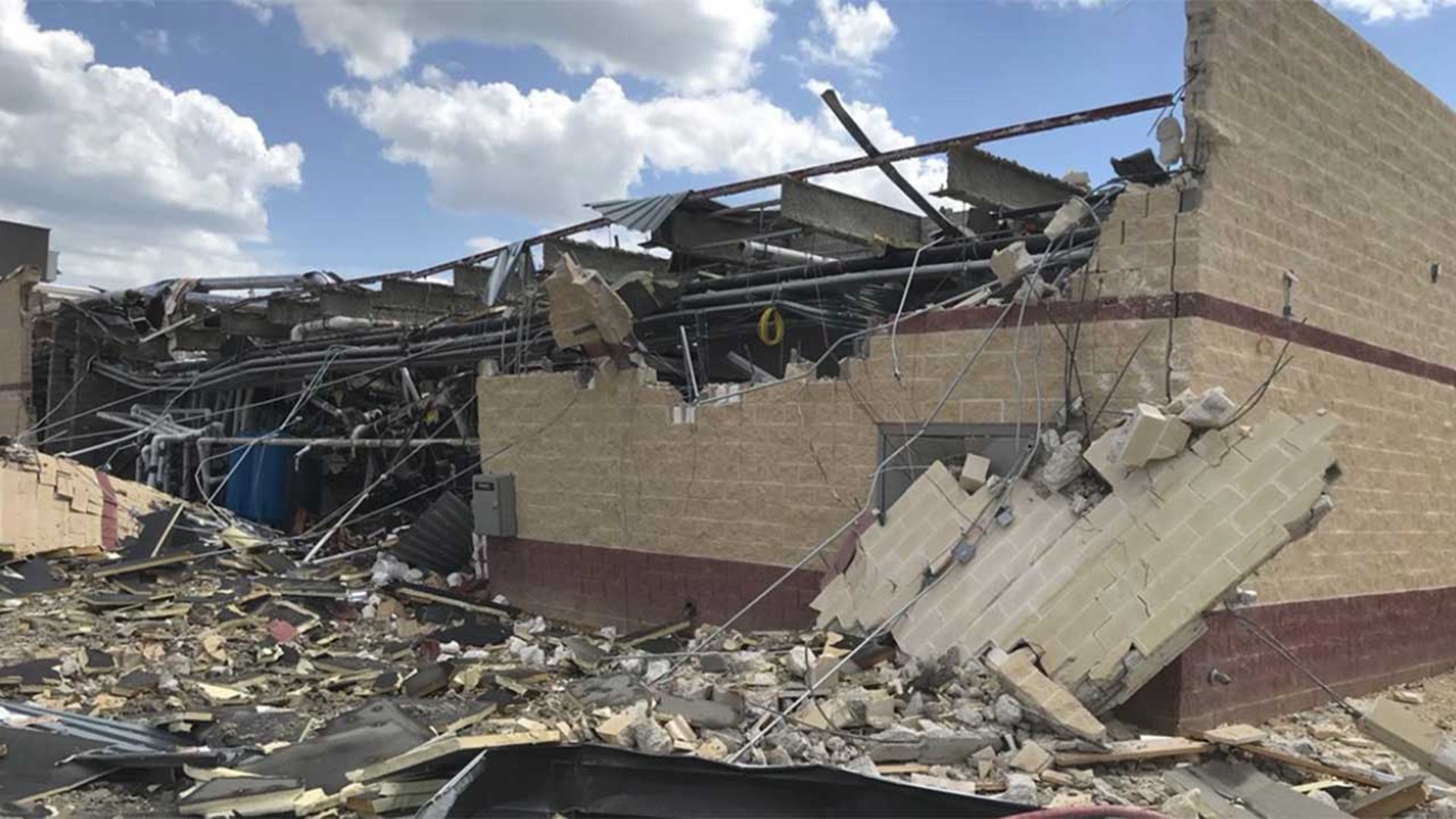 GATESVILLE, Texas — Coryell Health staff hosted a prayer circle Wednesday in remembrance of the deadly explosion that devastated the community of Gatesville one year ago.

Coryell Health CEO David Byron thanked his staff and the community for their actions after the explosion at Coryell Memorial Hospital that left three people dead and 15 others injured.

"In a lot of ways it was a defining moment for our institution," Byron said. "It's the actions that did that, post explosion, on the part of our staff, our physicians, and the hero's that arose when we went through that.... the critical thinking skills were outstanding."

Coryell Heath EMS Chief Jeffrey Mincy told Channel 6 he was in a board meeting when the explosion occurred.

"I remember making eye-contact with the CEO and both of us knew... I don't know what that is but whatever it is it's bad," Mincy said. "I remember working my way to the explosion, getting though the hospital, telling people to evacuate...what I initially saw was a brick wall that was collapsed down over the top of the generators and billowing black smoke coming out of the building."

Mincy said the victims could have been hours away from care because there were only two ambulances in Gatesville when the explosion happened. If the ambulance crews had to help each patient individually, it would have taken hours help everyone injured. Instead, doctors and nurses went towards the explosion to assess each victim, meaning the ambulances were free to do transport only.

"I had doctors and nurses that my paramedics knew and trusted that were on scene doing that triage and treatment so the ambulances were freed up," Mincy said. "We saved probably hours...We had 16 critical patients, they were all triaged, treated and transported to a level one trauma center in less than an hour and a half."

The scene of the explosion was gruesome, but doctors like Diedra Wuenscel simply let their training kick in.

"All I could think of is... make sure nobody gets hurt. Make sure everybody gets out," Wuenscel said. "Everybody's natural instincts just took over."

Wuenscel said the experience would have to be processed emotionally later on, but the greatest impact she felt was when the community stepped up.

"The amount of people who came from the community, the churches opening up to us, that was the part that was very emotional," Wuenscel said. "The amount of work that all the Coryell Health employees put in to get everybody back home safe, get our hospital up and running, I've never seen a community come together like that."

Wednesday's event ended with a prayer from Pastor Tim Crosby of Trinity Baptist Church, thanking God for the progress the community has made over the last year.

The aired version of this story stated three people were killed and 13 people where injured as a result the explosion. The total number of injured was 15.

RELATED: From janitors to doctors | Staff steps in to rescue Gatesville explosion victims

RELATED: 'This is what Gatesville's all about' | Community jumps in to help patients after explosion

Officials found the cause of the explosion to be a large natural gas leak in a mechanical room sparked by construction on site.

Lawsuits have been filed against Atmos Energy, which is the company that supplied the natural gas.

There was a re-groundbreaking in April at the site where the explosion took place.

The $42 million renovation and expansion project will cover 117,000 square feet throughout the health system campus.

RELATED: Construction to resume with re-groundbreaking at site of Coryell hospital explosion

Carly Latham, the director of marketing at Coryell Health said construction of the hospital is expected to be completed by the end of the year.

She said the community is still recovering and they ask for prayers for the families and all those affected.

The remembrance and prayer circle will be held at the Oak Tree field in front of the hospital and clinic at noon.