No residents suffered injuries but the roof on one side of the duplex caved in, while the other experienced smoke and water damage. 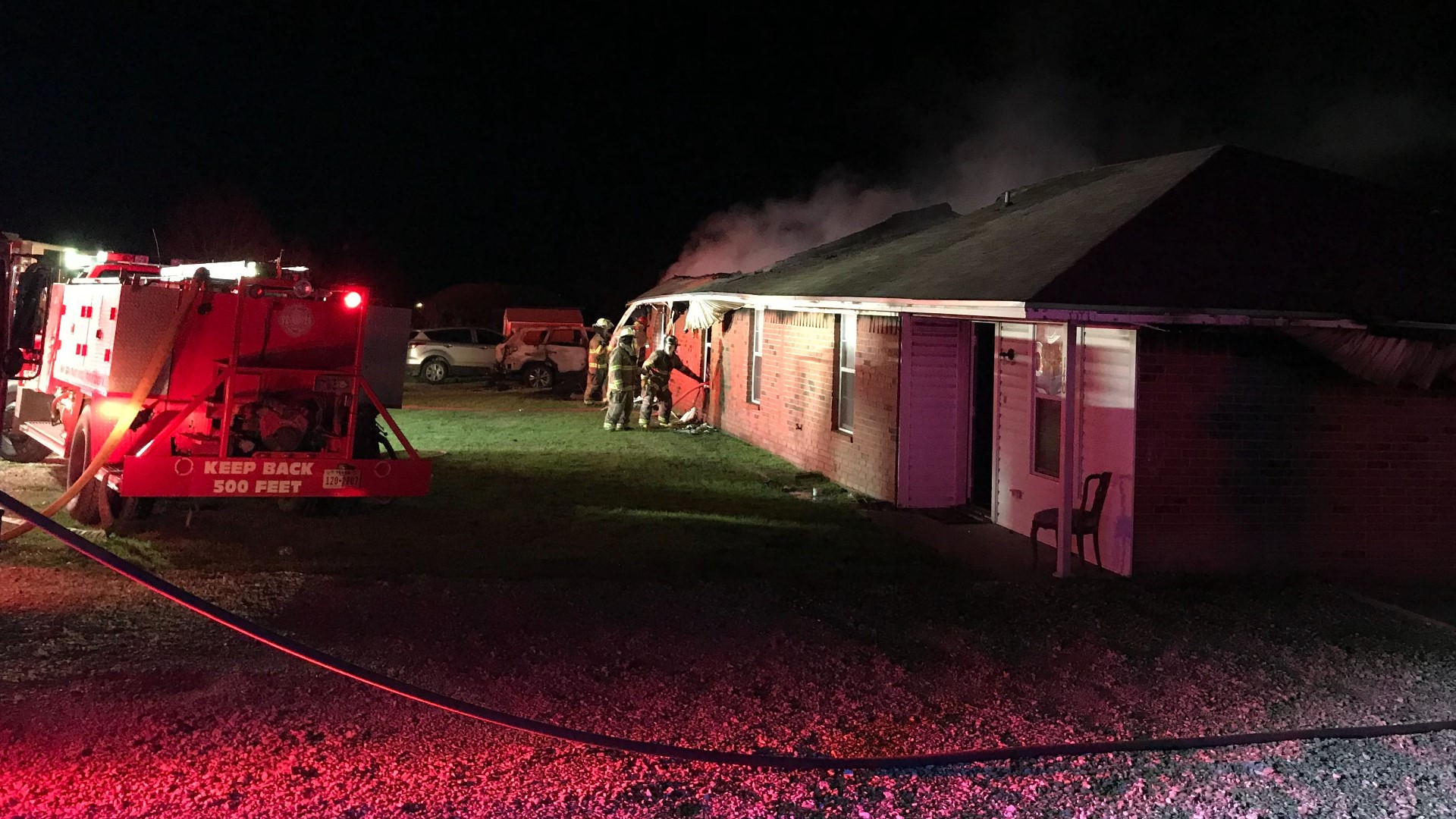 CHINA SPRING, Texas — Two families are displaced after a duplex caught fire in China Spring on Friday morning. Multiple fire departments battled the blaze for about an hour and a half.

No residents experienced injuries, according to Chief Scott Needler of the China Spring Volunteer Fire Department.

Multiple fire departments assisted the China Spring Volunteer Fire Department after they received a call about a fire at the intersection of Utah Street and Spring Berry Lane around 2:20 a.m.

Needler said the east side of the duplex and a car became fully engulfed in flames, causing the roof to cave in. The west side experienced smoke and water damage.

Residents of the west side of the duplex are out of town and have been notified about the incident, Needler said.

A neighbor to the duplex said they woke up around 2:30 a.m. to the sound of people calling for help and dogs barking. When they looked outside, the neighbor said they could see the car on fire and the house fully engulfed in flames.

The cause of the fire is under investigation.