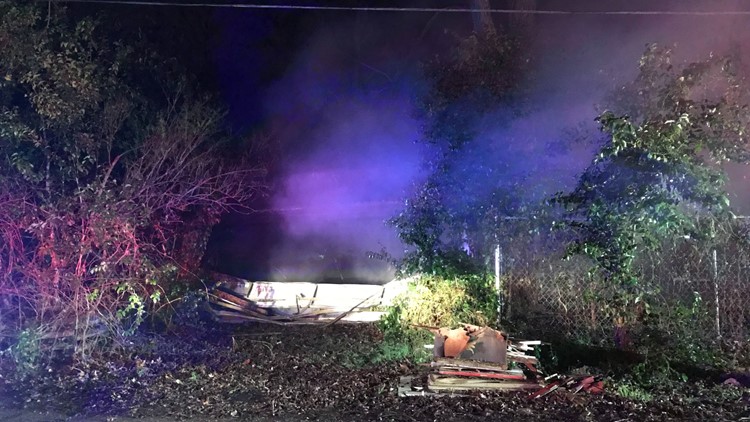 Photo by: Maria Aguilera, KCEN
A stand-alone shed is burned to the ground after it caught fire around 1:30 a.m. Monday at the 900 block of N. 31st St. in Waco.

Firefighters were called around 1:30 a.m. They found fire surrounding the shed and seven dogs inside, officials said. Four of the dogs did not survive.

An electrician will restore the power after the equipment is checked.

Pechacek said the shed is a total loss and the cause of the fire is under investigation.