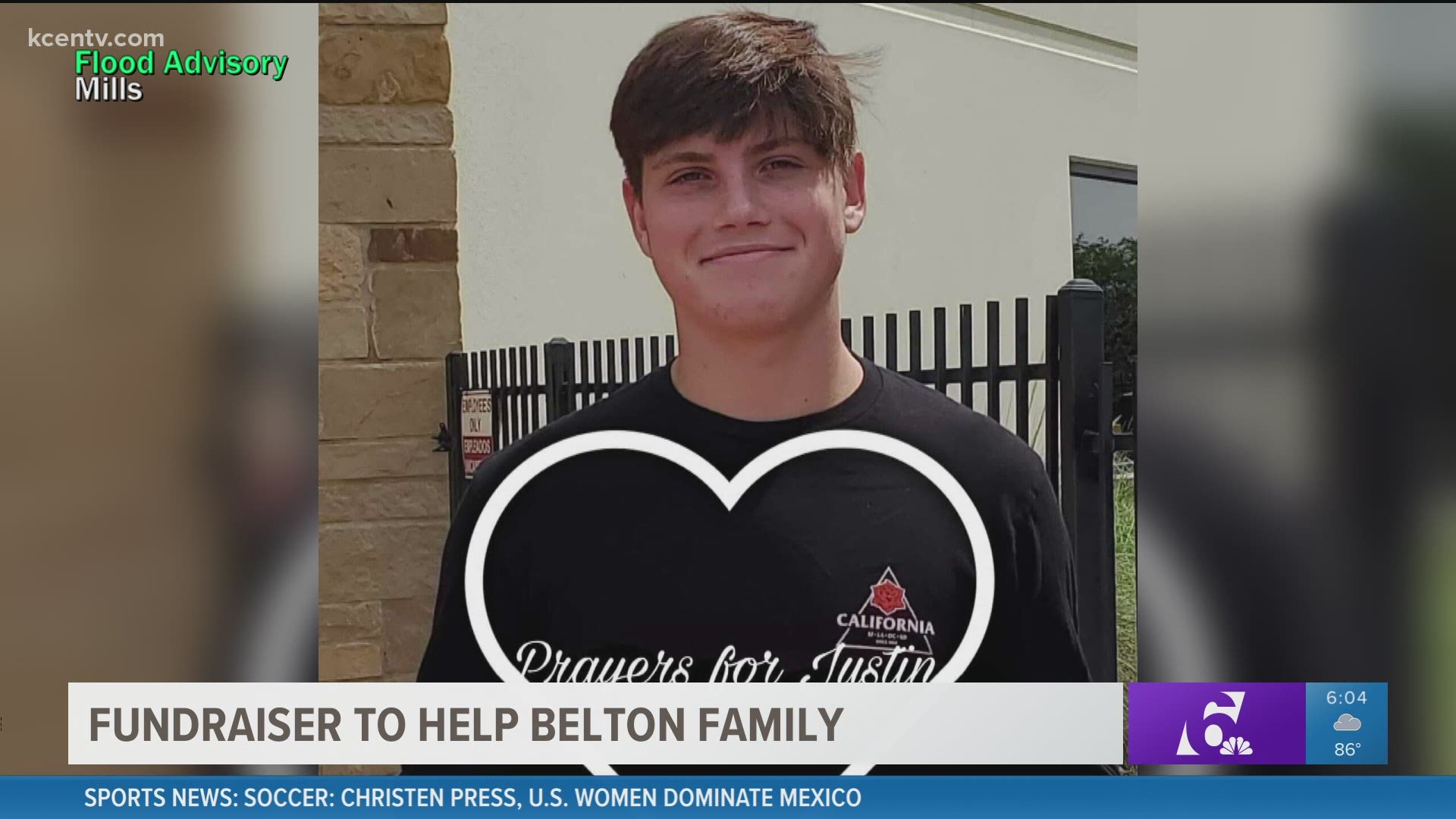 TEMPLE, Texas — A special fundraiser for a Belton High School student badly injured in an overnight house fire in May begins Friday at Fire Base Brewing in Downtown Temple.

The fundraiser is a collaboration with the Temple Fire Professional Fire Fighters Association - IAFF 846, an organization working to help families who need it following a disaster.

"We heard about the need for the family and we always have open ears, so we're just looking out for our community," said Jonathan Blair, the Vice President of the Local 846. "We saw an opportunity to help contribute and help somebody out and so we jumped on it."

J.D. McBride, a veteran and the owner of Fire Base Brewing, said he was approached about brewing a beer and donating a portion of the proceeds raised to the Local 846 who will then donate it to the Booth family. He said it was an opportunity he couldn't pass up.

"It's not just about the beer, it's more than what the product is," McBride said. "The firefighters came in and they pitched to me they had a recipe they would like to brew and we'd like to do it for a special release fundraiser beer for one of the First Friday celebrations and it was an automatic yes for us."

So, two and half weeks ago, six Temple firefighters showed up at Fire Base Brewing to get started with a recipe they've called the "846 Red," an ale-style beer that McBride said will have a semi-sweet malty background to it. He admits it's not his recipe, but he's happy for the chance to offer his brewery for the project.

"This will be a pretty crisp and clean beer and will be a little higher on the bitterness than a normal red would be and that's attributed to the hops we used in this one," he said.

Blair said the chance to go into Fire Base and come out with a top-notch beer while raising money for a family still going through a crisis is a blessing.

"It means a lot to us to be able to work with Fire Base, a veteran-owned company, while trying to kickstart downtown and make it a cool tourist destination, that's great," Blair said. "But to also come together and collaborate with one another while going out to help other people, that means a lot to us."

The 846 Fundraiser will be officially tapped and go on sale Friday, July 2 as part of downtown Temple's First Friday celebration. McBride said $2 from every pint sold on Friday will be donated to the Temple Fire Professional Fire Fighters Association - IAFF 846. If the beer doesn't sell out, Fire Base has pledged $1 from every sale until the beer is gone.

The money raised by the brewery, in addition to money donated by the Local 846, will go to help the Booth family get back on their feet. It will cover whatever costs needed for the badly burned 16-year old Belton student and to his grandfather who lost his home.

"It's just a blessing to help someone when we can and not only when we're on-duty, but also when we're off," Blair said. "We are working to build a relationship with our community versus someone just calling 911."

McBride, who got his start brewing beer while living in an apartment in Hawaii while in the Army, said he's proud to be a part of something like this and hopes the community will rally around and help a family doubly-effected by a tragedy just shy of two months ago.

"It's helping two-fold to be a part of something like this," he said. "It's helping the grandfather get his life back and the young man go through his medical process and take care of those bills."

Blair said this is the very least they could do for a family whose lives were forever changed by a fast-moving fire in the middle of the night. He wants them to know, too, they aren't alone and they'll always be here for them, long after the last 846 Red is poured and the fundraiser ends. He promises it's what they'll always do for the communities they serve, even after the initial call for help goes out.

"We are here to help, we're the off-duty help so to speak. We're a resource and we are here for you," he said. "If there's any way that we can help that we're currently not, you know, just let us know."

Fire Base Brewing is located at South 1st Street in Downtown Temple and the fundraiser begins at 4 p.m. Friday.