Atlanta has only hosted the game two other times. 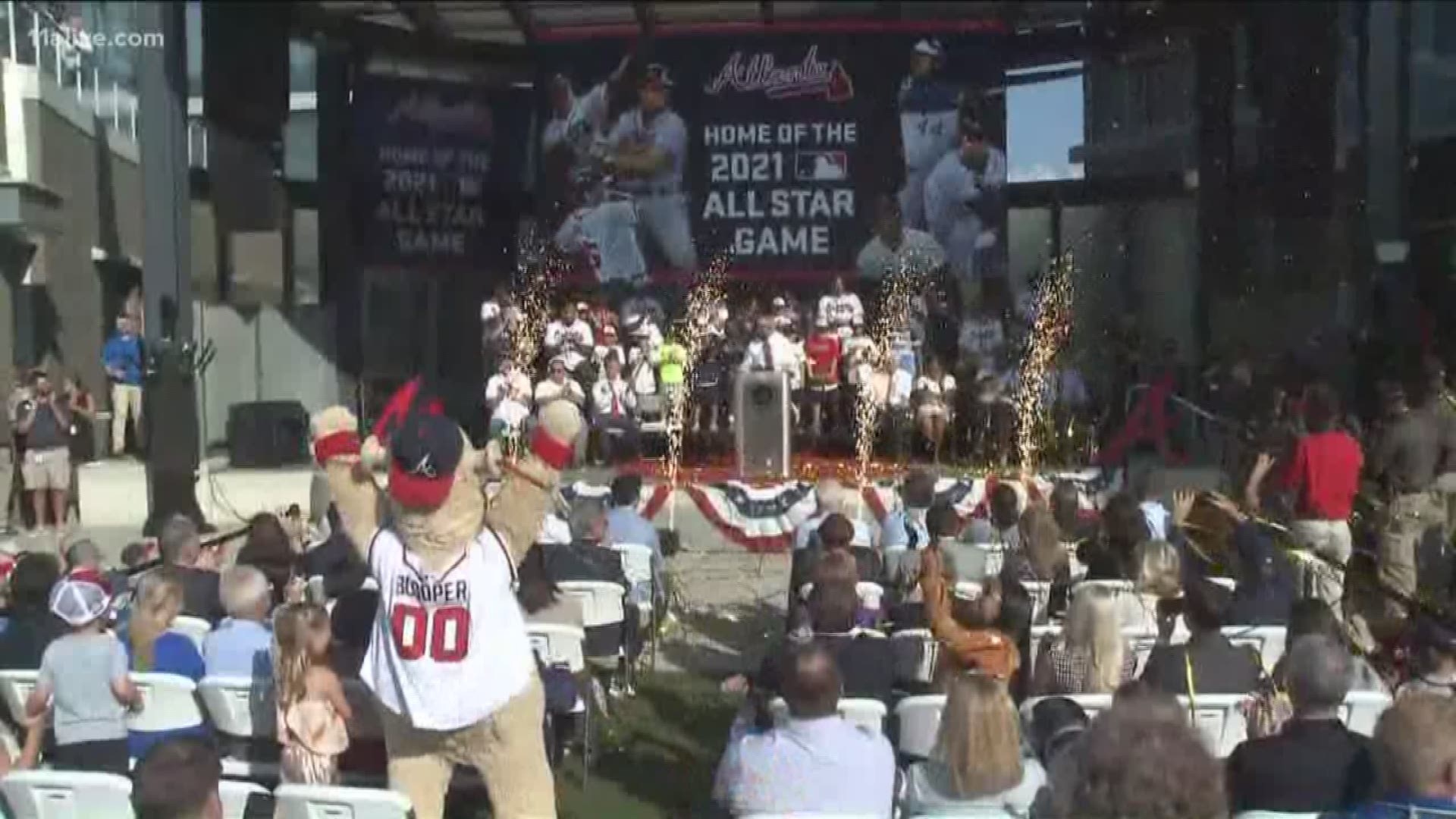 ATLANTA - One of the most coveted games in baseball will be heading back to Atlanta for only the third time in history.

SunTrust Park and the Atlanta Braves will play host to the 2021 All-Star Game following an official announcement on Wednesday.

It will also follow another unusual trend for Atlanta - each time it's come to the Peach State, the game has been hosted in a different stadium. The first time was in 1972 in Atlanta-Fulton County Stadium. It would be decades before it returned in 2000, where the teams would play in Turner Field (present-day Georgia State Stadium).

It only took another two decades for Major League Baseball's All-Star game to return to Atlanta.

"We've not been here since 2000 and it's about time that we're back," Baseball Commissioner Rob Manfred Jr. said after officially announcing the game.

He added that the process of getting an All-Star Game has become a "very competitive process" in MLB. He said cooperative government agencies, buzz around a young Braves team and the facility - Suntrust Park - which he described as the "best in baseball," were major deciding factors in the area getting to play host to the event.

He added that the All-Star Game will also bring financial benefits to the region.

"There's great economic benefits for the metropolitan area, and I think you'll see that Major League Baseball leaves behind after an All-Star Game some great community projects," Manfred said.