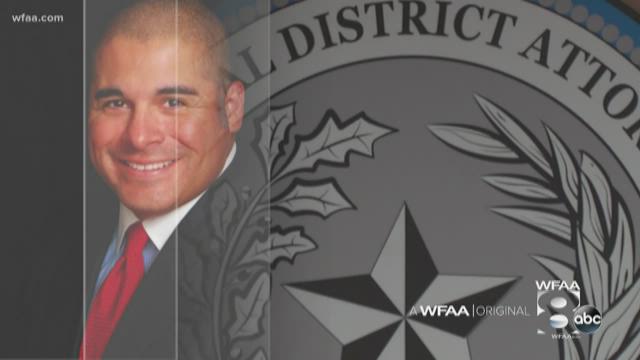 WACO – May 17, 2018, will mark three years since that deadly biker brawl at the Twin Peaks restaurant, and despite more than 150 people facing criminal charges, there has not been a single conviction.

"The only thing I can think of they don't want to try these cases,” said Greg Davis, former First Assistant District Attorney in McLennan County. “As a prosecutor, the cases that you really want to try, you try those cases quickly. The cases you have doubts about, you put those cases off.”

Davis spent several years as an administrator and one of the top prosecutors in Waco, but said he quit just before the shootout in May 2015 that left nine dead and 20 hurt.

Davis, who is speaking out for the first time, accuses District Attorney Abel Reyna of letting friends and campaign donors arrested for DWI and drugs go free. Yet, Davis explained, Reyna continues to pursue other cases like charges against dozens of the bikers despite flimsy evidence.

He detailed his concerns in an affidavit, naming several specific criminal cases in which he accused D.A. Reyna of “preferential treatment” in dismissing cases filed against friends and donors.

Davis said the “two-tiered justice system” is something he eventually confronted Reyna about.

“I’ll never forget. He would not look me in the eye when I was talking to him. He had his head bent down, looking at the floor,” Davis recalled. “He raised up and told me ‘Don’t you ever mess with my f***ing business again. Do you understand me?’”

Davis said Diego Obledo is one who never should have been charged in the shootout at Twin Peaks.

Police dash cam video captured Obledo clearly that day in front of a pick-up truck when a fight begins about 50-feet away.

Then, when the shooting started, police surveillance video shows Obledo running away.

Minutes later, another arriving officer catches him on camera, as well, holding his hands up and complying with cops.

Obledo, who drove a car to the Twin Peaks restaurant from his home in San Antonio, was armed only with a camouflaged-colored Bible he got in the State Guard.

He had no gun or knife, and was not involved in the fights or shootings, so why was he arrested?

“I was arrested for being present,” Obledo explained.

Obledo did not belong to a motorcycle club yet was still charged with Engaging in Organized Criminal Activity. It’s a charge, Davis said, that can be difficult to prove – even against some of the most involved biker club members.

“You’ve got to show communications between the actors, some sort of joint plan, joint purpose, a conspiracy. Those are difficult things to prove,” Davis explained. “I’d like to see the evidence that these people jointly got together to plan what happened out there at Twin Peaks. Wearing jackets? That’s not enough. Belonging to motorcycle groups? That’s not enough.”

"They didn't conduct the investigation first. They arrested everybody first,” he added.

Arresting everyone was Reyna's idea. But this month, nearly three years later, Reyna finally agreed to dismiss Diego's charge along with a dozen others.

Still, Obledo’s dismissal was not for insufficient evidence, according to the court filing. Instead, Reyna’s filing said: “probable cause for the defendant’s arrest and prosecution remains, based on continued investigation, the State is exercising its prosecutorial discretion in dismissing this matter in order to focus its efforts and resources on co-defendants with a high level of culpability.”

The finely worded backtracking is only an attempt by Reyna to protect himself from liability, Davis explained.

“There’s no probable cause stated in the affidavit. There are no facts or circumstances that are laid out of that affidavit that supports the charge. That’s what’s supposed to be in an affidavit. You don’t simply say these people committed a crime and sign your name to the affidavit,” Davis said.

"I think they will be discussing this in law schools for years to come,” said Clint Broden, a Dallas-based defense attorney who represents other clients arrested that day. "I've never seen anything like it in my 25 years."

Broden said Reyna made the mistake of conducting widespread arrests without first investigating those responsible for the deaths and injuries.

“And the problem is Reyna's actions jeopardized the prosecutions of the people that really did need to be prosecuted,” Broden said.

Only one case in almost three years has gone to trial. That happened in November, and ended in a hung jury.

For his part, District Attorney Reyna suggested criticism against him is all political. He accuses attorneys for the bikers of wanting to throw him out of office. But Reyna, a public official, declined to answer questions for this story or offer any explanation for any possible preferential treatment.

Instead, Reyna’s office, referred us to a video on his Facebook page in which the D.A. suggested he dismissed cases, so he could pursue other stronger ones. Reyna also predicted more charges would likely be dropped, as well.

"We will continue to investigate and review the pending cases. It is entirely possible that other cases may require similar action while others will be prosecuted to the fullest extent of the law,” said Reyna reading a statement and declining to accept any media questions.

Obledo is among dozens who lost jobs and suffered financial harm, and now suing Reyna in federal court for unlawful arrest.

Later this week, Davis is expected to testify against his former boss about abuses he said he discovered.

"He's called me a liar. I know that,” Davis said. “And to that I say well if I'm lying, why don't you want me on a witness stand? Why don't you want to give your very top prosecutors the opportunity to cross examine me and expose my lies in an open court? And the answer is because I'm not lying. And he knows it.”

His revelations, previously outlined in a sworn affidavit, could result in more cases getting dismissed.

Davis was scheduled to testify in a Feb. 8 hearing in which two bikers were seeking to disqualify Reyna as the prosecutor. However, prior to the hearing, Reyna dismissed charges against the two bikers – along with others such as Obledo.

Attorneys for the bikers said Reyna, facing a challenger for re-election in the March 6 primary, made the decision to dismiss the charges and recuse himself, rather than to allow damaging testimony from critics such as Davis, from testifying.