After the brutal attack on a woman two weeks ago, festival goers this weekend say Deep Ellum maintains welcoming environment

DALLAS — For all of the art - and there is a lot of it at the Deep Ellum Arts Festival - you can't help but be taken in by the sounds and the smells of fair-like food.

All of it was on display during the 25th anniversary of the signature event in Dallas' arts-centered neighborhood.

As of late Sunday, organizers with the Deep Ellum Arts Festival did not have preliminary attendance numbers, but artists in the more than 200 booths along Main Street says crowds were strong.

Gregory Arth, a Colleyville based artist, says he has shown his circuit board based mixed media at the festival for the last five years. 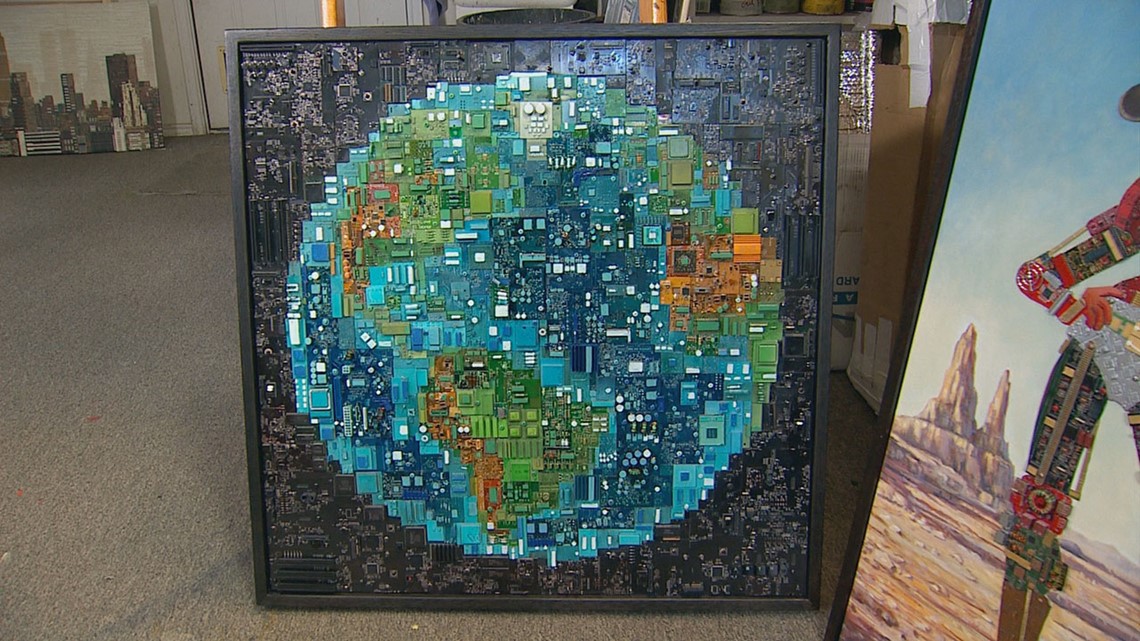 From trash to treasure, local artist makes unique art from recycled computer parts
COLLEYVILLE, Texas - Between the blades of grass in Gregory Arth's backyard, bits and pieces of circuit boards are everywhere. The 62-year-old heads to a recycling plant in Watauga every few weeks to dig through our digital trash, bringing home various computer parts to make masterpieces.

Arth says this year marked the largest crowds he can recall despite the continued threat of severe weather - and the tumult of the last two weeks in the neighborhood - after a man was charged with felony assault after a violent attack on a woman caught on camera.

Protesters descended on Deep Ellum in the days after Austin Shuffield was arrested for punching L'Daijohnique Lee in a parking lot on Elm and threatened to protest the festival if Shuffield's charges were not increased to a felony.

"The other artists and I have been talking that maybe that was going to hold down the crowd, but it really didn't," Arth said.