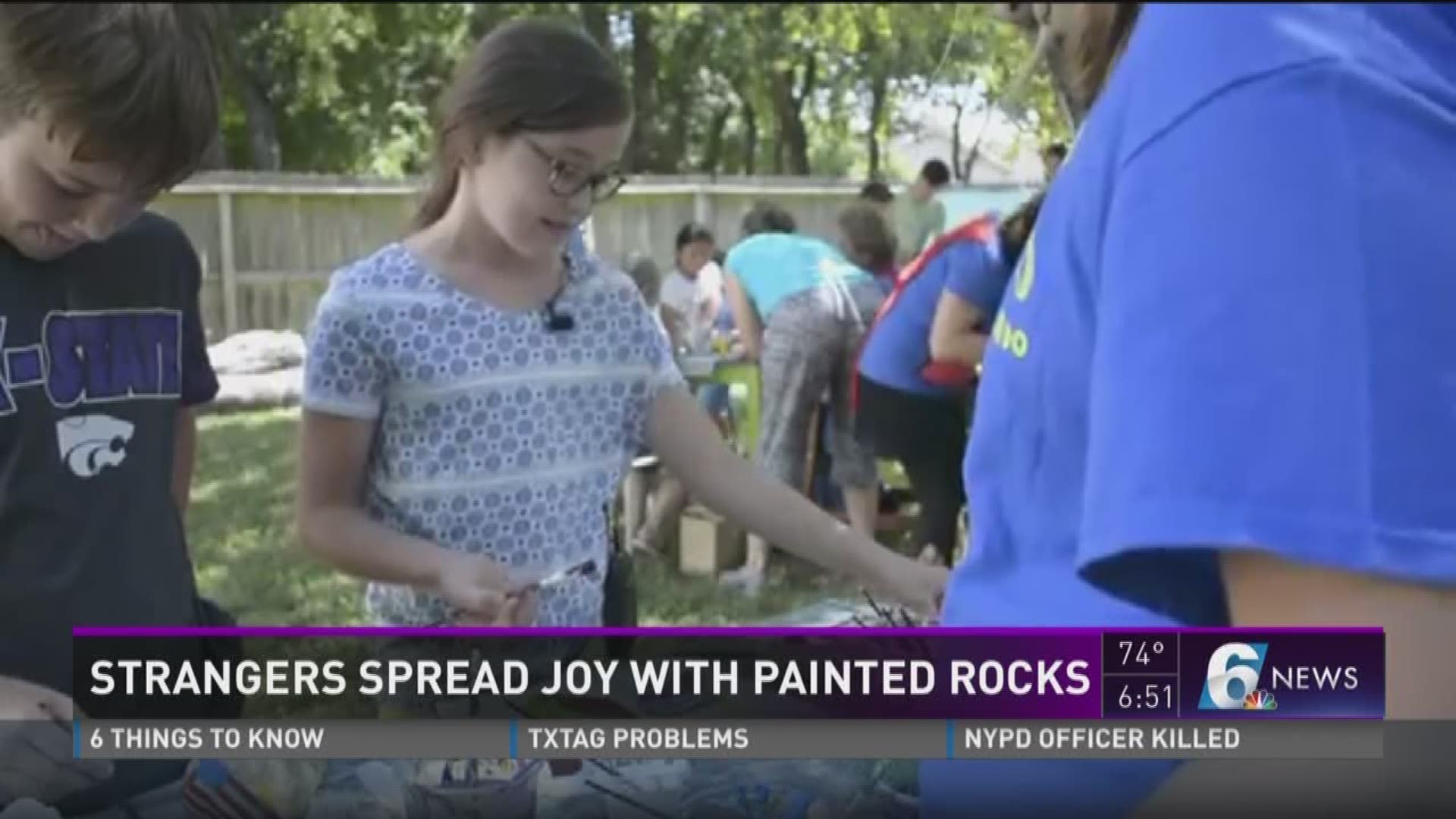 BELTON - You may have found over the last few weeks in the most unexpected places the most colorfully painted rocks. Just a few months ago, they were particularly rare but now there are thousands popping up all over the city of Belton.

“One person paints it but then it touches multiple people’s lives," says Kayla Bostick, founder of the Facebook group Belton Rocks.

Bostick came up with the idea when she found a rock while hiking with her family in Washington State last year.

“We were on a hiking trip when my brother kind of stopped and said ‘Hey what is that?and he walked over to this rock that was painted and we turned it over and it said Port Angelas Rocks on Facebook," said Bostick.“He got on Facebook and typed in Port Angelas rocks and we just found this site of thousands of people painting rocks all over the city of Port Angelas and just thought the idea was super cool.”

Last summer, Bostick created the Belton Rocks Facebook page but it did not get much traction. This summer Bostick got a group of friends together to paint even more rocks and within a few weeks, thousands of people had joined in.

Businesses like That Art Place in Belton are even getting involved. Monday the art studio offered free rock painting expecting only a few to participate. More than 500 people brought in their own rocks to paint.

“I knew it would be big. I had no idea it would be this big," said Michelle Weaver, owner of That Art Place. "We are really excited just to support the art in Belton. It’s such a cool thing and it’s a family thing which is what we are all about, art and family. We actually found some rocks here at the studio and people started noticing them and I wondered what they were and then I noticed on the back it had the hashtag for the Facebook page.”

Some rocks are painted simply while others are works of art. Bostick says the new trend brings joy to both the artist and the person who finds the rock.

“People have started painting their rocks now with things that mean a lot to them like autism rocks and down syndrome rocks. They’ll paint ‘You are loved’ or ‘You are special’ or ‘You can do this’ or ‘Never let anyone dull your sparkle’ and people find it and are like ‘Wow, I really needed to see this today. Thank you to whoever painted it," says Bostic.

“People are out hunting rocks with their families, they are getting exercise, they are being outdoors, they are painting rocks together, they are putting down electronic things for awhile so it’s really just been a positive thing for everyone," says Stacy Bostic.

The trend is an international sensation spreading from state to state. Here in central Texas there are groups in Killeen, Temple, Waco, Salado and more. Bostic says she hopes it continues to spread joy to strangers and bring families together.

“Spread joy with a rock.”