More than 172,000 migrants were encountered at the U.S.-Mexico border. An all-time high for unaccompanied minors seeking asylum was also seen. 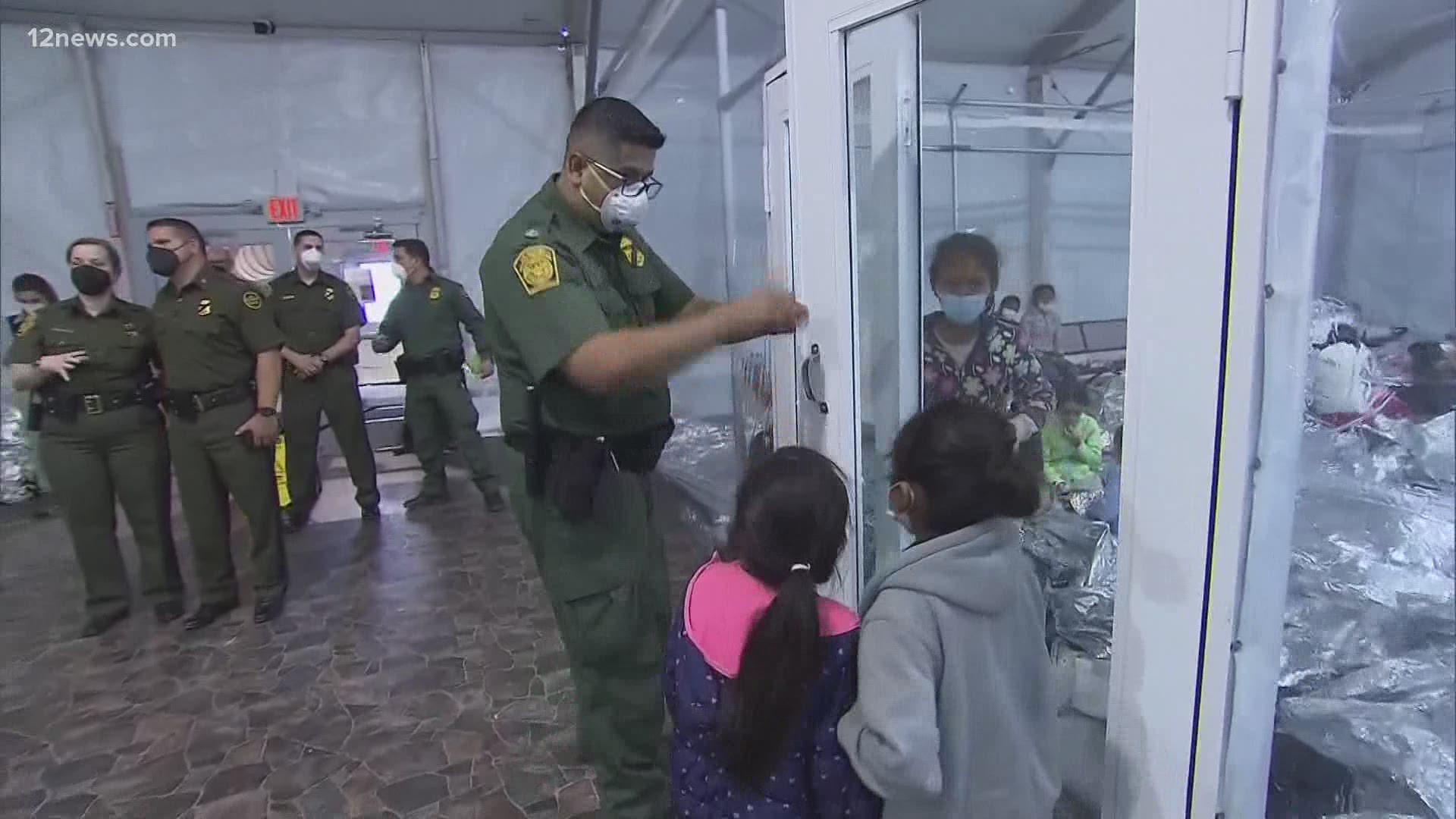 PHOENIX — March saw a record-breaking number of people trying to cross the U.S.- Mexico border. U.S. Customs and Border Protection encountered more than 172,000 migrants in that time, a 71% increase from the month before.

Numbers by sector were not updated on the agency’s website, but a look at recent social media posts by both Yuma and Tucson Chief Patrol Agent Sectors showed the number of encounters increased in Arizona.

On Thursday morning, more than 90 migrants were apprehended in Yuma according to a Twitter post. While another 130 individuals were encountered by Tucson agents near San Miguel.

#YumaSector Border Patrol agents apprehended a group of 90+ illegal aliens this morning.  Groups of more than 50 illegal aliens continue to be a regular occurrence for Yuma Sector agents.  #BorderSecurity is #NationalSecurity pic.twitter.com/JioI2EseIg

#BorderPatrol agents encountered over 130 illegal aliens that surrendered near San Miguel, #AZ. The group consisted of citizens from Guatemala, Honduras, El Salvador, and Nicaragua. Masks were provided and the group was transported to #Tucson for processing. @CBP pic.twitter.com/0zb4k4MTD0

“This is the highest monthly number that we’ve seen since March 2001,” said Jessica Bolter, an associate policy analyst at the Migration Policy Institute.

Bolter says the high number can be a result of multiple factors but says it’s slightly flawed because “it doesn’t count the number of individuals.”

Of the 172,331 migrants encountered at the border, CBP said 103,000 were expelled under Title 42, which is a health order instituted by the Trump Administration as a result of COVID-19. Of those, 28% had been previously expelled from the U.S. under the same authority.

The agency said these expulsions represent 60% of the total number of encounters for March. Many who had tried crossing once or twice said Biden officials during a briefing call with reporters on Wednesday.

While the number of people trying to cross the border slowed down in 2020, in comparison to previous years, the pandemic and Title 42 only delayed potential migrants from crossing said Bolter, but didn’t deter them, so they are crossing now.

“To some degree pent-up demand of people who maybe wanted to migrate but weren’t able to while there were more restrictions in place,” Bolter said.

In February, the Biden administration exempted unaccompanied minors from expulsion, allowing them to stay and seek asylum. As a result, a total of 18,890 children arrived or crossed the border alone in March.

Currently, more than 20,000 unaccompanied minors are in the hands of the federal government.

Since migration trends recorded in the past years begin in January and tend to slow down in May, ahead of the hot summer months, Bolter says the current surge cannot be seen in isolation.

The policy analyst says long-term solutions, like restructuring the asylum system so people can begin the process from Central America, are needed “so that we don’t keep seeing these repeat surges every couple of years.”

Track all of our current updates with Arizona politics on our 12 News YouTube channel. Subscribe for updates on all of our new uploads.