Back in May, the American Federation of Government Employees began to negotiate with the Department of Veteran Affairs over a new labor contract, which covers 260,00 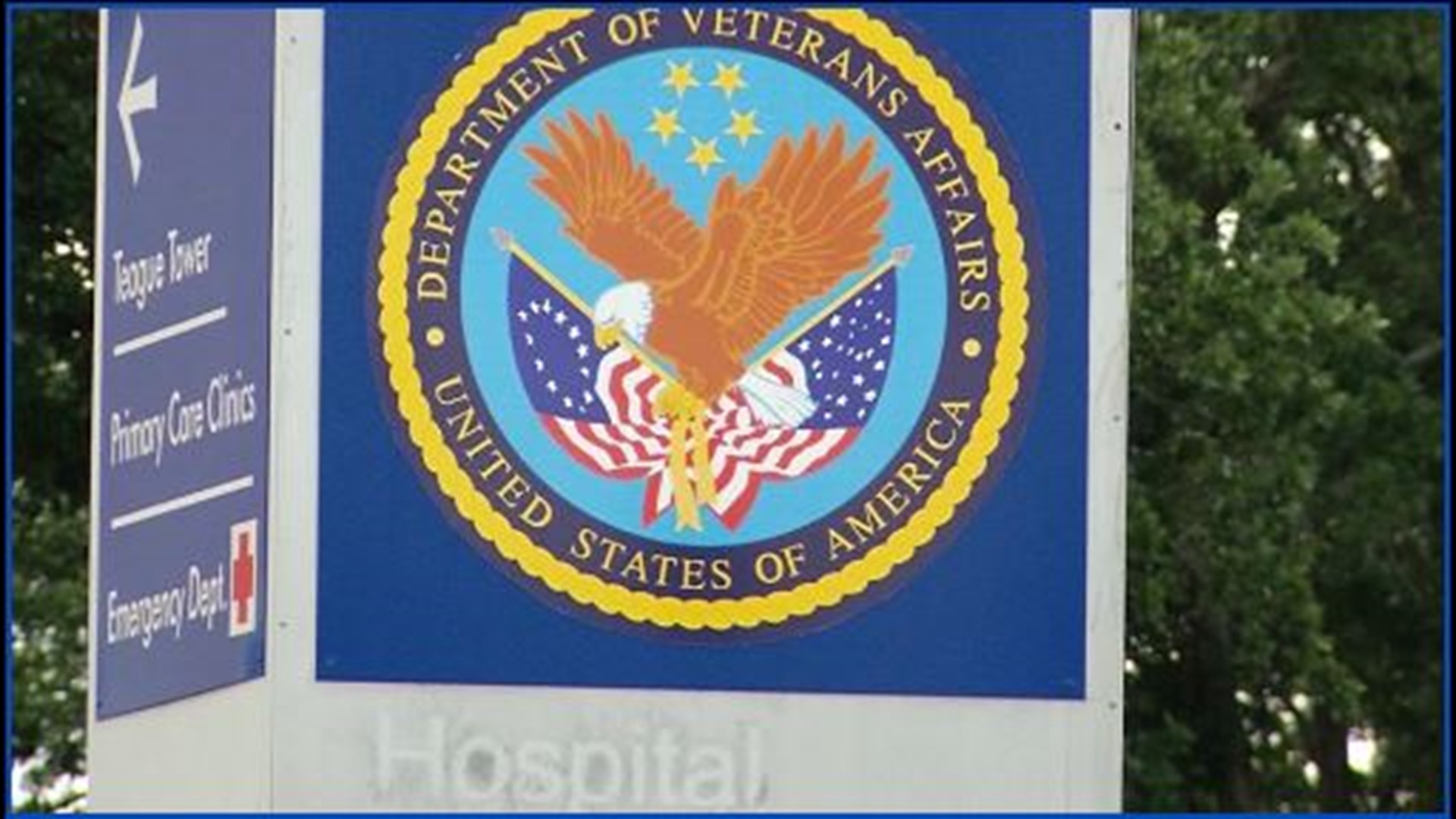 The American Federation of Government Employees began to negotiate with the Department of Veteran Affairs in May over a new labor contract, which covers 260,000 workers nationwide.

The AFGE said Veteran Affairs Secretary Robert Wilkie's proposal will make it harder for workers to give veterans the care they deserve.

People at the rally held signs and told anyone who passed by that they don't want the VA to become privatized.

"When you start choicing people out, when you start, when you start using the Mission ACT putting people out in the private sector to get care," Charles Kabrich, a U.S. Army Veteran said. "They are caring for the symptoms of each individual thing, instead of looking in the long run and make sure that this doesn't turn into a worse problem."

Curt Cashour, who is the Deputy Assistant Secretary for Public Affairs for the Department of Veterans Affairs, called VA privatization a myth that has been "thoroughly debunked."

Karbrich doesn't agree with Wilkie at all, and he admitted he's fearful for veterans and those fighting overseas currently. He said the goal of privatizing is for the government to bust the union.

"The AFGE Union is one-third the total of the group, so if they privatize the VA and do away with the VA AFGE, it crippled AFGE in general and I think that's all it is, it's a method to Union bust," Karbich said.

The administration proposed to take away whistle-blower protections from workers and other workplace rights, which could possibly jeopardize veterans' care.

Cashour called that an "allegation" and said it's not true.

"Those items are already well defined in federal law and regulation," he said in a statement. "No provision in this CBA or any other CBA has the authority to supersede federal law or regulation."

Cashour also said the AFGE does not support the VA Accountability, and Whistleblower Protection Act, citing it as a "massive disaster" and that they are actively trying to repeal it.

The AFGE National VA Council received a 331-page proposal on May 2 that changes the existing contract while eliminating 42 articles, which Kabrich said guaranteed a fair workplace.

"Basically, what their doing is their taking away Union rights and employee rights," Kabrich said, admitting that he's pretty angry about that aspect. "

Those who walked the lines and held signs said they hope negotiations are successful and that they have a message for Veterans Secretary Wilkie.

As for Karbich, who says some of this has angered him, his message to Wilkie is simple.

"Serve the veterans," he said. "Not your boss."