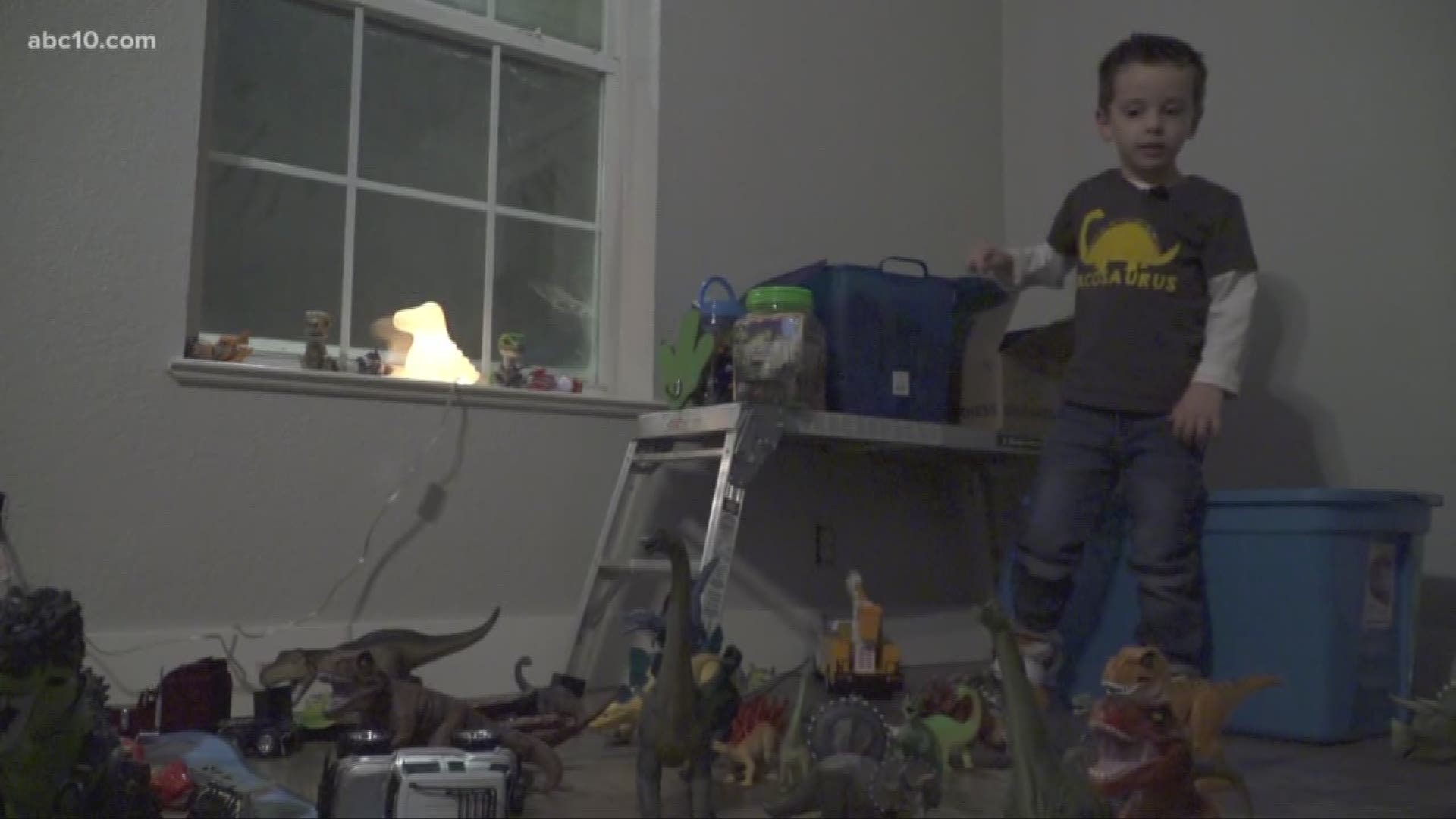 The community came together for a little boy who lost his beloved dinosaur collection to California's most destructive wildfire.

Riley Wooten, 4, loves dinosaurs. He started building his collection last year. But when the Camp Fire ripped through Paradise, he and his family lost everything.

"We were stuck in the car for three hours and he was comforting me," Teri Schesson, Riley's grandmother, said. "I was having a fit. There were flames on both sides."

Riley's aunt posted about her nephew's loss on Facebook, making sure to mention his dinosaur collection and ask for a few donations to keep Riley smiling. Not long after, packages started to arrive at their family's home in Oroville, where they are staying.

Camp Fire: Faces of the Fire

1 / 29
Michael Anthony Adams
Kevin Jeys chose to stay behind as the fire ripped through Paradise, and he refuses to leave. He has no heat, no running water, and no electricity, but he stayed behind to save his home and his animals.

And it's not just dinosaur toys. Riley has been sent all kinds of goodies, from blankets and pillows with dinosaur images to books filled with vibrant renditions of his favorite creatures. There are also letters written to Riley. He can't read them, since he doesn't know how to read yet, but his family makes sure to read them to him.

Thanks to the kindness of the community, Riley now has nearly 100 dinosaurs. His grandmother says his smile has helped bring joy to his family in their temporary home.

RELATED: How to help survivors of the Camp Fire

"It's amazing, I can't believe the outpouring of support and compassion people have showed cause there are people worse than us," Schesson said. "We have our lives."

The family says Riley's collection is close to complete and doesn't need any more dinosaurs. However, they are encouraging people to pay it forward and do something nice for another neighbor or a survivor of the Camp Fire.