The performers will include a popular contestant from "The Voice." 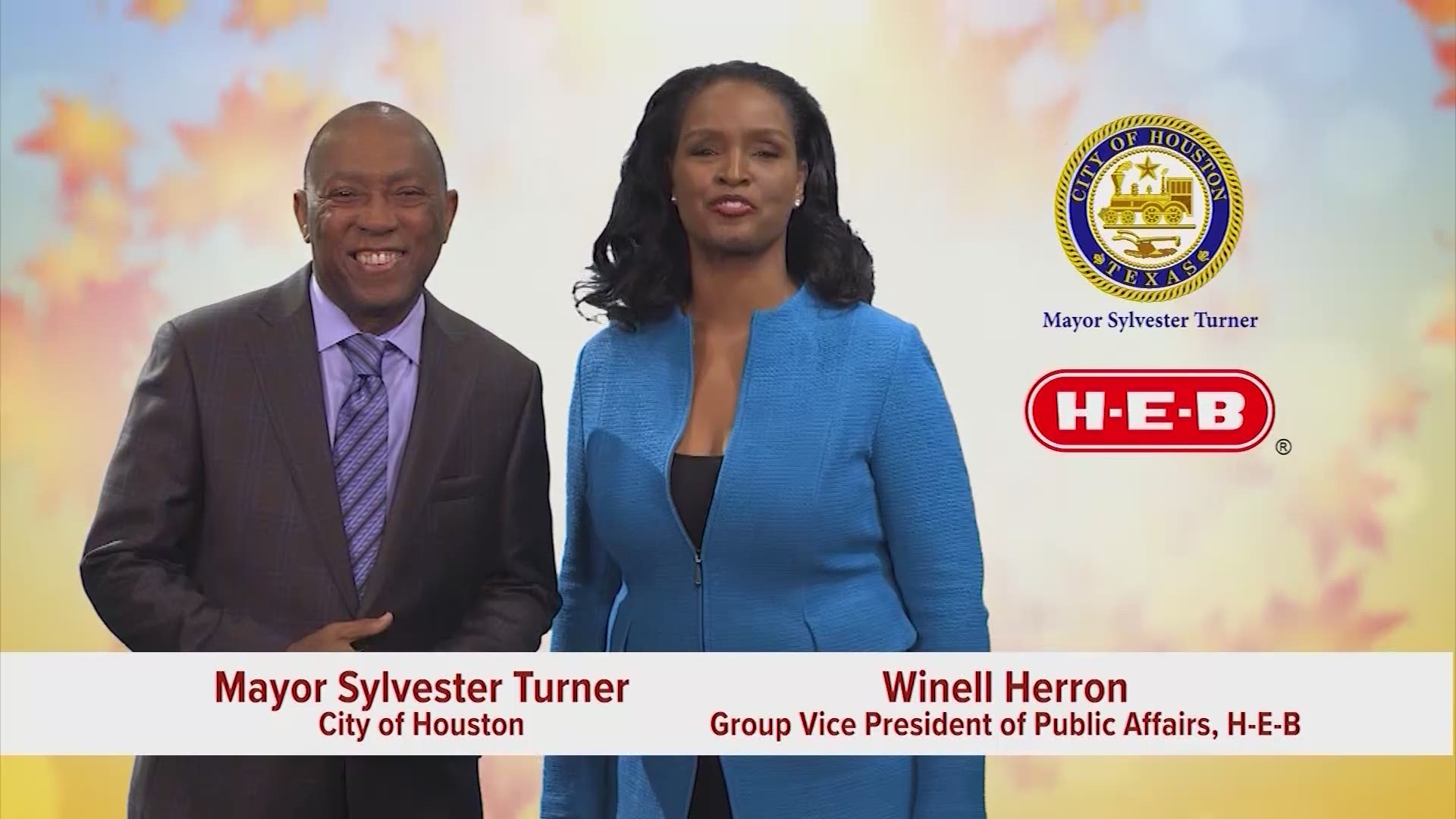 HOUSTON — Editor's note: The video above is from the 2018 parade

One of Houston’s favorite Turkey Day traditions is just a couple of months away. Some details about the 70th Annual H-E-B Thanksgiving Day Parade were released Tuesday morning.

The downtown parade on November 28 will feature 12 giant balloons, 13 floats, eight performances and eight marching bands from across the state.

“The Annual H-E-B Thanksgiving Day Parade will march us into a holiday weekend filled with community, celebration and tradition,” said Mayor Sylvester Turner. “I look forward to this treat every year and it’s especially remarkable thanks to our open-hearted sponsors and all they do to help host this feast of merriment.”

Thanks to those sponsors, including H-E-B, the parade is free and open to the public.

“Whether it’s leading a fantastic parade through downtown, sharing with those in need or filling holiday tables with the freshest and most flavorful foods available, H-E-B is thankful for the privilege to celebrate with our fellow Houstonians and continue this holiday tradition,” said Lisa Helfman, Director of H-E-B Public Affairs, Houston.

1 / 129
From the crowds to the entertainers to the cultural groups in colorful costumes, the 2018 H-E-B Thanksgiving Day Parade was a beautiful display of Houston's diversity. (Christine DiStadio photos)

The parade, produced by the Mayor’s Office of Special Events, will begin on Smith at Lamar, head north to Walker, east to Milam, south to Pease, west to Louisiana, north to Clay, west to Smith, and north to end at Smith and Dallas.

Curbside space along the route for lawn chairs and blankets will be plentiful.

A limited number of premium seats are available and can be purchased through the official website for $28 each.

If you can’t make it downtown, you can watch the parade on KHOU 11, along with our YouTube and Facebook pages.

Houston’s inaugural Thanksgiving Day Parade began in 1949 when Santa arrived at Union Station and rode his sleigh to the downtown Foley’s department store. Seventy years later, the Santa float continues to be part of parade tradition.