Madison started her business to make some money for her own toys this year. After thinking about it, she wants to use that money to help others have toys. 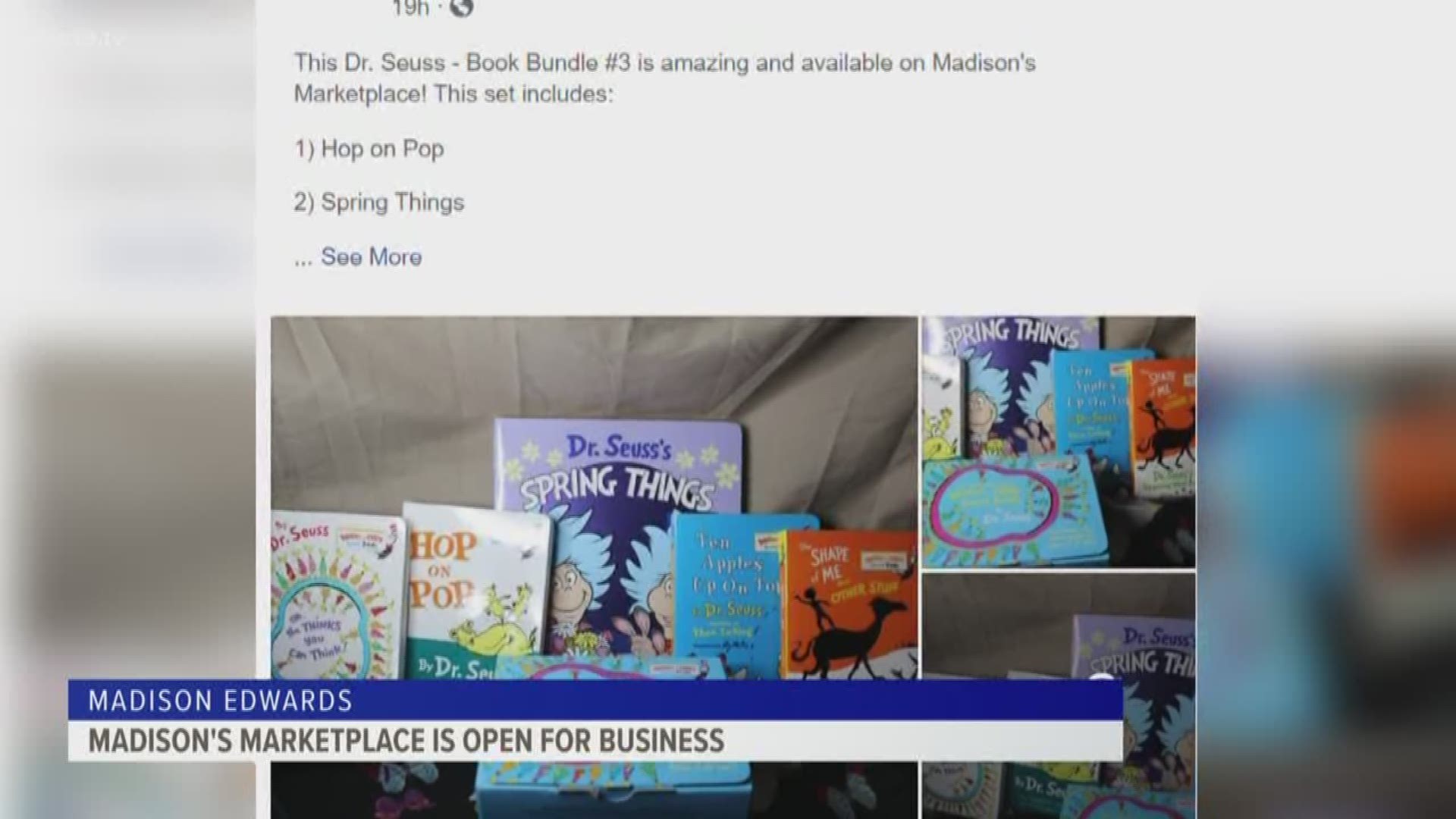 BECKVILLE, Texas — Madison Edwards is only 8 years old. Most kids that age are concerned with schools and play time. Madison is concerned with her online business.

Madison's Marketplace sells all sorts of toys from Dr. Seuss books to games like Jenga. Each item is picked out by Madison. She only picks out items she thinks other kids would love to have.

Madison started her business because her mom said if she wanted new toys this summer, she would need to make some money.

After thinking about it, she wants to use a lot of the money she makes for something more meaningful.

"Other people don't have a lot of money so I want to give some of the money to charity, " Madison said.

Madison's goal is to raise $1,000 and have some money leftover to purchase games for herself.

With the help of her parents, she is making progress on that goal.

"She's able to find products online," Madison's father Anthony said. "She thinks she would like to buy and able to sell them at a bit of a profit so that she can give some money to charity."

Madison did not have to think long about where she wants to donate the money. Peppermint Fence is her local daycare center and she wants to support the other kids who go.

"The people I saw at Peppermint Fence and the kids, I saw they didn't have a ton of toys to play with," Madison explained. "So I wanted to give them some toys to thank you for welcoming me there."

Madison finds a lot of her inventory from store returns at Wal-mart and Target or toys that are pulled from shelves to make room for new toys.

Madison's parents are proud of their daughter and thrilled to see her become an entrepreneur like her mother and grandmother.

Any order placed on the website can be picked up in Beckville.