Train car stencils have been drawn and now local artists are coming in to fill each one with designs drawn by Bell County kids. 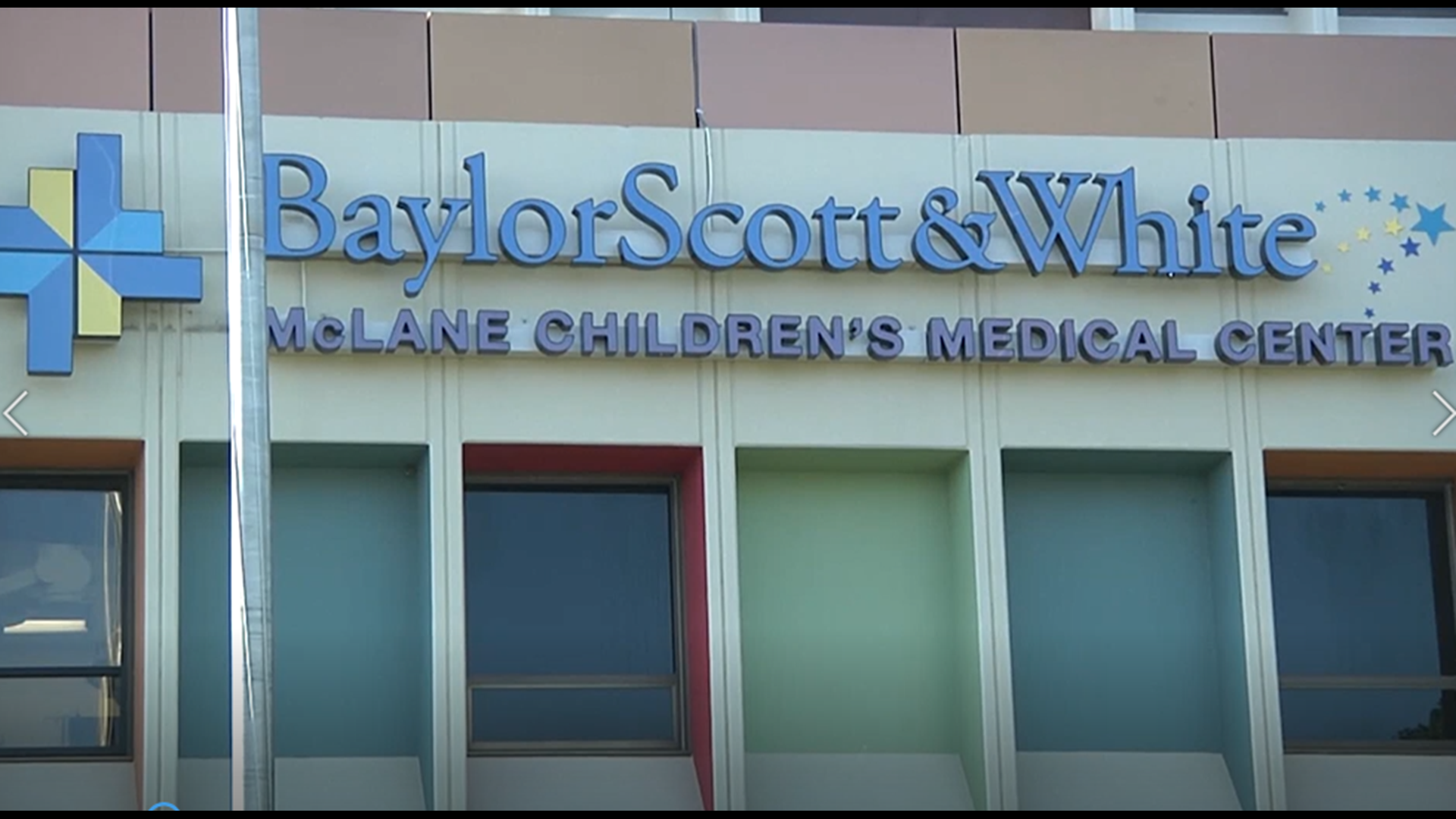 TEMPLE, Texas — You may have noticed a mural developing out in Temple by McLane Children's Medical Center on Market Loop Road. There has been a lot of progress made in the last two months.

All the train car stencils have been drawn and local artists are now coming in to fill each train car with designs drawn by Central Texas kids.

The best thing about the project is that it's all volunteer based and it's all for the kids.

Out of 211 submissions, the City of Temple chose 45 kids to have their artwork painted on a canvas for everyone to see and includes two North Belton Middle School eighth graders, Mariah Gaines and Connor Johnson.

"I was thinking what I was going to do for the kids and I was thinking dinosaurs," said Johnson. "My little cousin Tyler, he loves dinosaurs and I loved dinosaurs when I was a kid, so I thought that might cheer kids up."

Local artists, like Bonita Williams, are volunteering their time to bring students' drawings to life.

"It's fun and like, it's for children like who wouldn't want to do this," she said. "I don't know, for me it's doing something for the community, it's helpful."

The mural will portray a variety of art, including ice cream, kittens, Temple football and items that Gaines thinks will make others happy.

"I think that sunflowers are peaceful and butterflies are something that little girls like," she added.

The mural is designed to bring spirits up for the young patients at the hospital.

"I know that myself, I would get scared when I go to the doctor and it'd be scary, but just those little distractions could cheer you up and distract you from what you're about to go do," Johnson said.

The artists want the distractions to have a deeper meaning for those who drive-by.

"Keep the faith and just have hope in your heart to know that everything's going to be okay," Williams said.

And from kid-to-kid, a message of strength.

"We have the best doctors and nurses here in Temple and you're doing great and we're rooting for you," Gaines added.

The drawings chosen will have the artist's name and age attached with it's design on the mural.

The city has eight local artist working on the mural to hopefully have it finished by the end of October.