A Waco college student is stepping out of his classroom and spending time in several others to motivate the next generation. 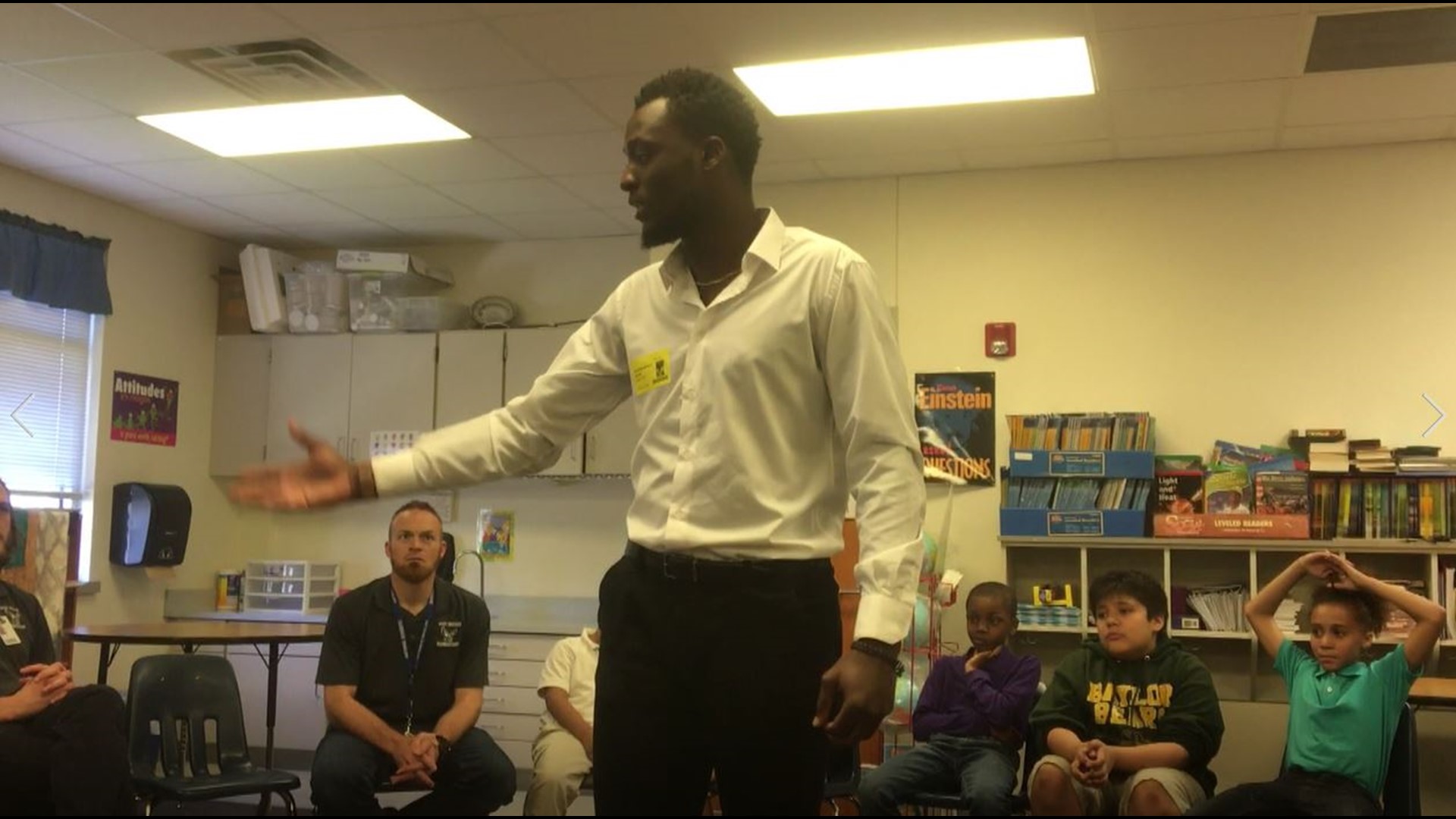 WACO, Texas — A Waco college student is stepping out of his classroom and spending time in several others -- all to spread a message of positivity and passion with the next generation.

Edward Mcfloyd spends most of his days in the halls of Waco middle and high schools connecting with the students. Mcfloyd talks to the students about his program, Sandbox Dreams. He encourages kids to chase their wildest dreams, often developed in the sandbox, and to reject any notion that you have to life live inside of a box or play it safe when choosing your future path.

"If you have a dream or a goal why not chase it or pursue it especially while you're young," Mcfloyd said. "A lot of people like to wait till they're older and then it's too late.

Aside from discussing ambition and following your dreams, Mcfloyd also discusses mental health and positive outlets with the students. Mcfloyd has spent the past three years sharing his platform within Waco Independent School District and the kids are grateful for the advice. Mcfloyd has received dozens of thank you notes from the children he's inspired.

On top of being an advocate, Mcfloyd is also a psychology student at Mclennan Community College and a musician.

Mcfloyd's path is carved out now, but it wasn't always so clear. He said he got a late start because he didn't have many mentors or school speakers growing up. Mcfloyd is hopeful his efforts will ease some of that burden for the students he meets.

"Some kids just need that extra motivation, or to hear that person that's around their same age to give them that extra push to say, 'You know what, I can do it too. He's doing it, and he come from the same neighborhood that I come from, so why not,'" Mcfloyd said.

In the future, Mcfloyd wants to open a community center and start more programs to help less fortunate children.

If you'd like to learn more about his efforts and connect with him email him at eddynoble44@gmail.com.