GROESBECK, Texas — Four siblings, who were separated after their parents' fatal car accident in 2019, were surprised with a new home that will allow them to live together as a family again.

Family and friends joined the four children at the surprise unveiling. Bryston, Camden, Kovan and Jaylee - along with their grandmother - were gifted with a fully furnished, three bedroom, two bathroom house in Grosebeck.

"We're blessed, overwhelmed, there is just a bunch of different emotions going through our head," Bryston Ferguson said. "Just thinking about the process that lead up to this and everything we had to do and everything we've been through."

The family had been wishing to be reunited, living under the same roof since their parents passed away. Now, that wish has been granted for all four brothers and sisters.

Camden, Kovan and Jaylee thought they were at the Groesbeck home to witness Bryston receive a $20,000 scholarship, but to their surprise, the fully furnished three bedroom two bathroom house was theirs.

The gift was possible through a months-long effort by the Kailee Mills Foundation, a nonprofit organization established to promote seat belt use and assist families of those killed in unrestrained car crashes.

"We lost our daughter in a crash," David Mills, president of the Kailee Mills Foundation, said. "Kaliee was 16. She was killed in a rollover crash. To know we were able to do this in remembrance of her and in memory of these kids two parents its such a blessing to be able to help them."

The Ferguson family will live in the home with their grandmother. The said they are extremely grateful for the Kaliee Mills Foundation. Bryston Ferguson plans to attend college in the fall. His dream is to become an orthodontist. Ferguson managed to keep a 4.1 grade point average despite his grief. 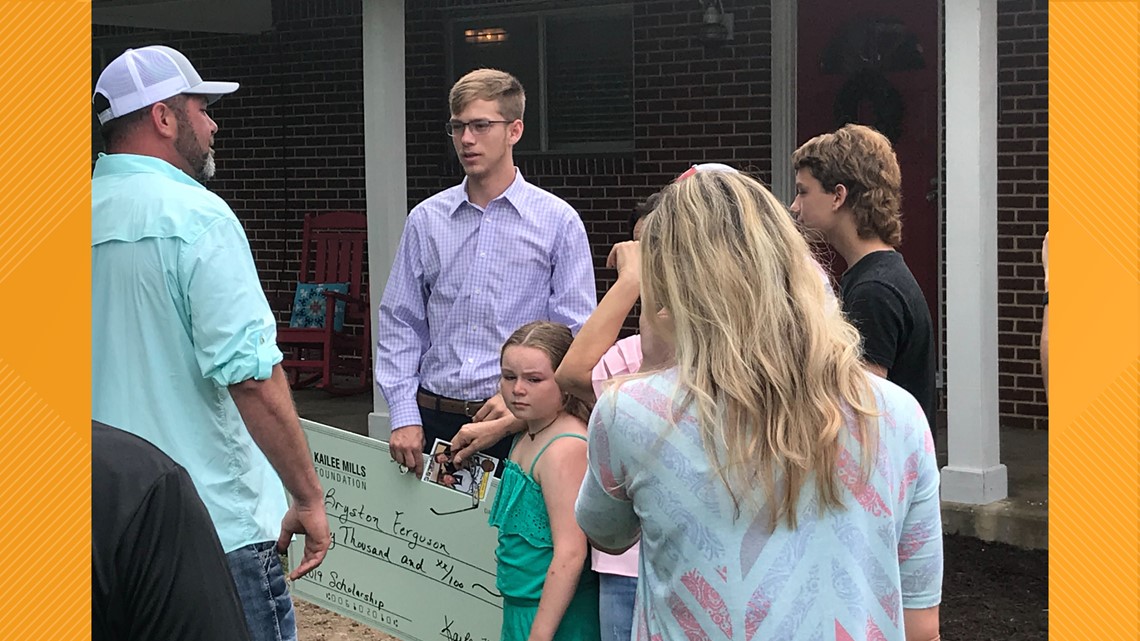