Staff and students have returned to classes after evacuating the school according to Temple ISD. 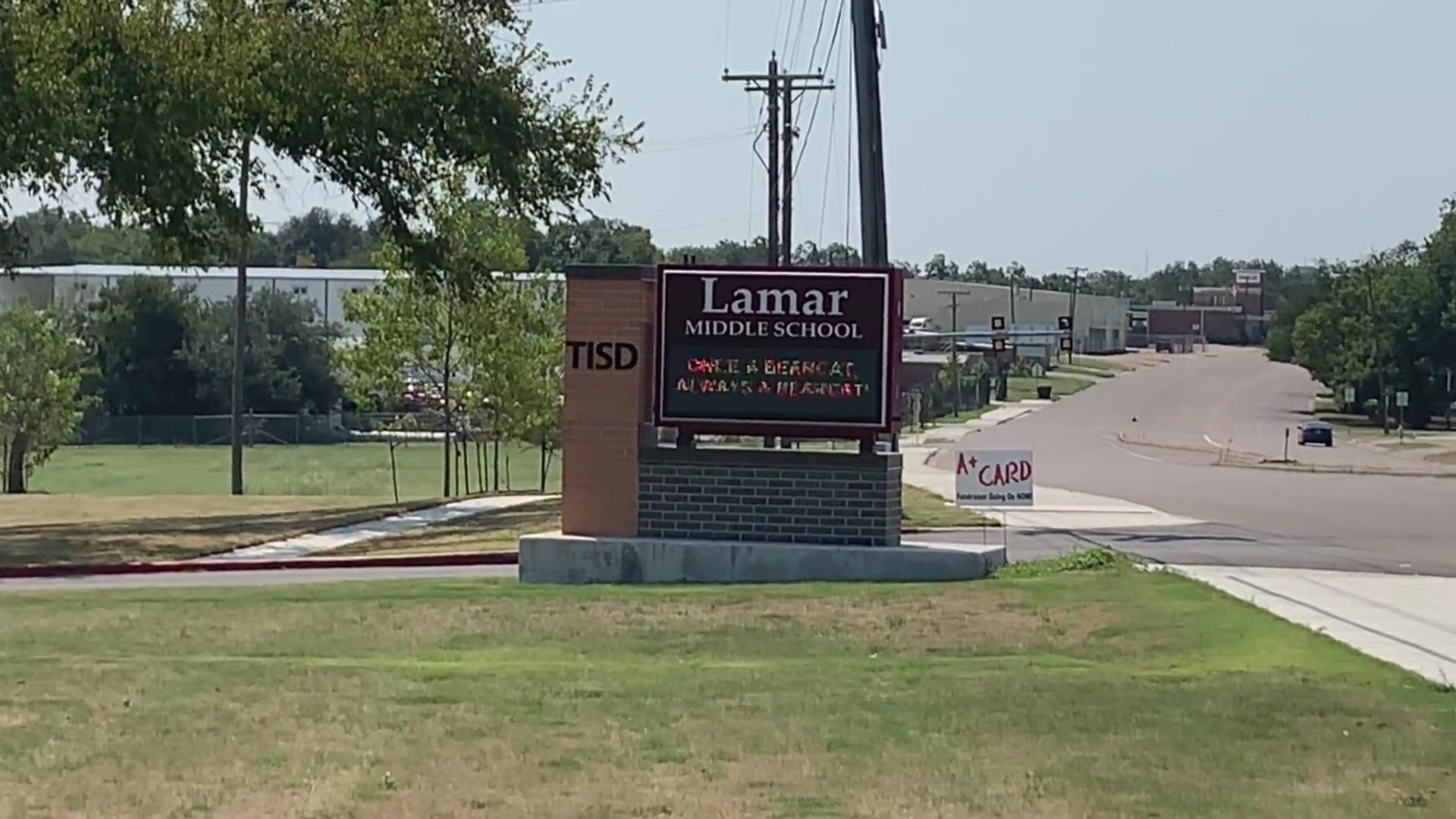 TEMPLE, Texas — Lamar Middle School students and staff were temporary on lockout Thursday morning due to a reported "safety concern," according to Temple Independent School District.

Temple Police evacuated the school at around 10:04 a.m. after a student reported the concern, the school district said.

After an investigation into the student's concern, students and staff were allowed to return to campus at 11:45 a.m.

According to Temple Independent School District spokesperson Jon Wallis, "TPD found no evidence to support the reported concern and made no indication that the campus needed to take additional measures or precautions moving forward to ensure student safety. "

There are no further updates at this time.