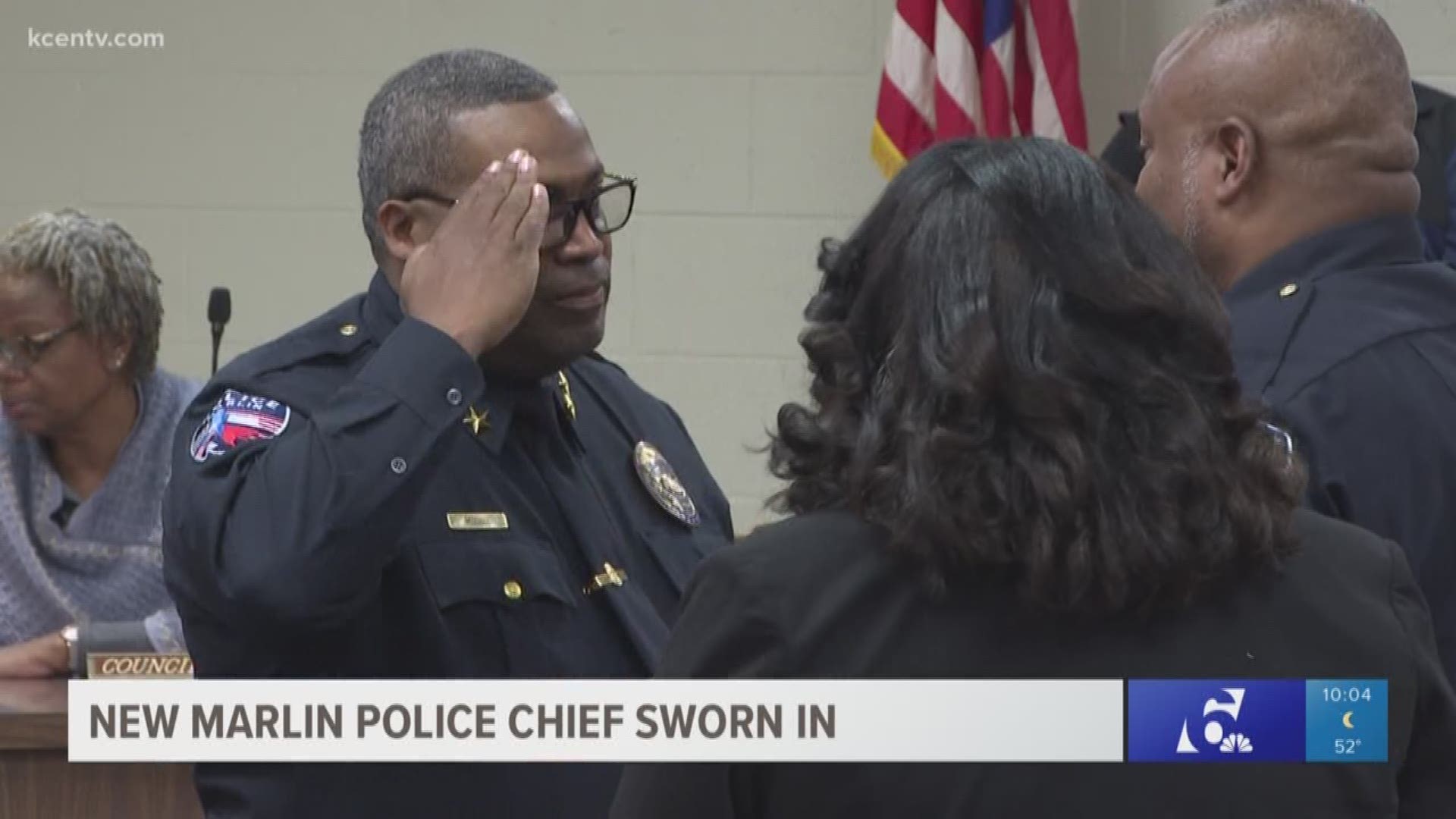 MARLIN, Texas — The City of Marlin swore in Lawrence McCall as their police chief at a meeting Tuesday night.

He was selected for the position out an original pool of 11 candidates.

City Manager Cedric Davis said Chief McCall was selected due to his education,vast experience as a leader and his ability to address community needs.

The chief began his career in Maywood, Illinois and has served around the state of Texas. Most recently, McCall worked as a lieutenant for the Dallas County constable's office for the past 12 years.

"I'm here to bring leadership, training and understanding and help along the way," McCall said.

Chief McCall understands the police department's past is a challenge. However, he plans to fix it by working from the inside out.

"We have to clean up our inside before we can clean up the outside," McCall said.

He also mentioned he wants to bring transparency to the police department as well as make sure officers are appropriately trained. The chief said it's important to be there for the department and community as well.

McCall's supporters attended the swearing-in ceremony. Family, friends and colleagues clapped and took pictures and greeted the chief on his new journey. Chief McCall thanked his supporters and said he wants to bring a support system to the city of Marlin.

"Just having family and friends. A good support system," McCall said. "That's what I want to bring to Marlin."

He said it's pertinent not only the police department to have a strong support system, but for the youth of the community as well.