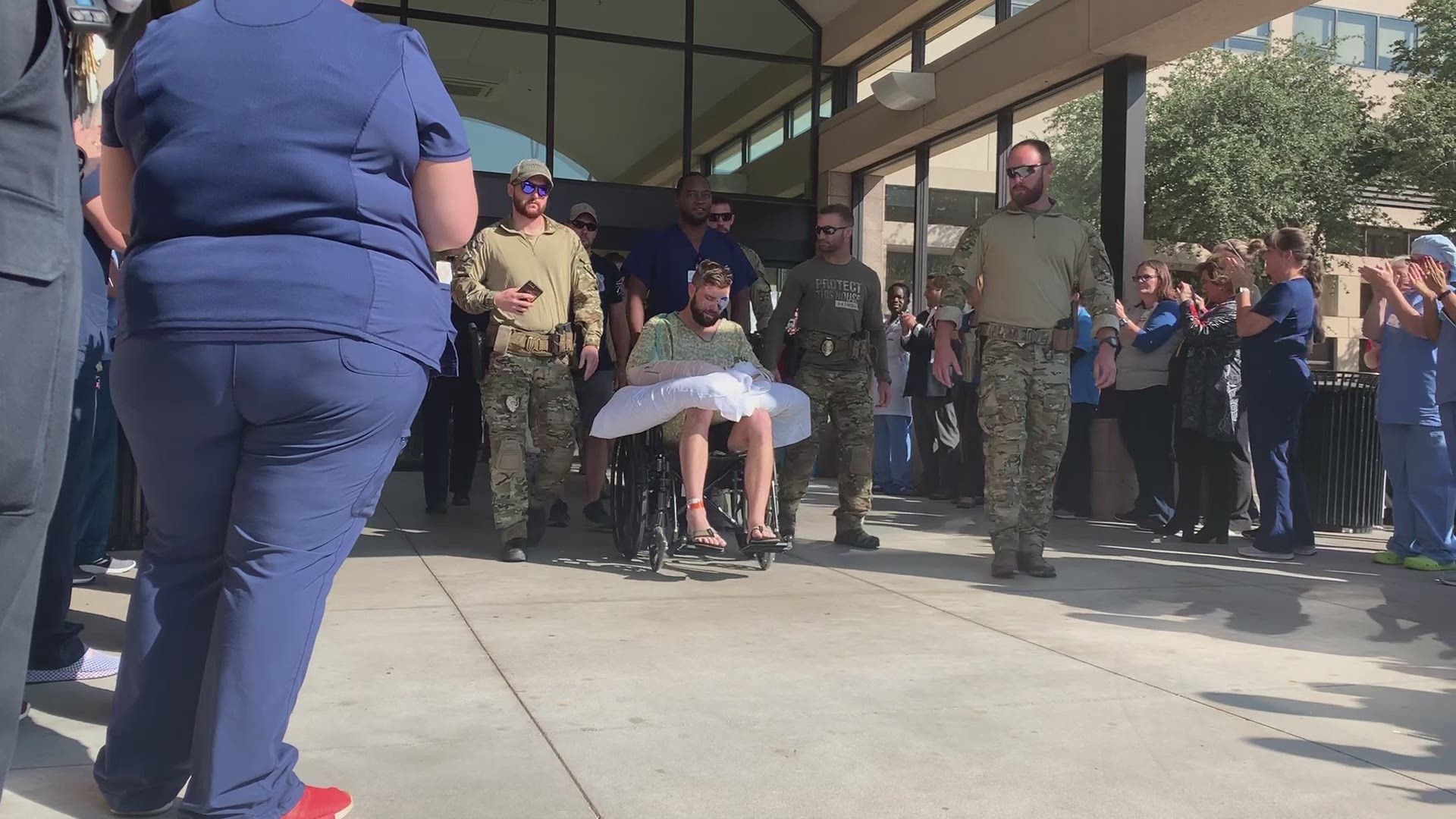 ODESSA, Texas — Another police officer has been released from the hospital after the mass shootings of August 31.

He had been admitted to MCH with multiple shots in his arm and his hand, as well as glass shards in his eye.

Officer Owens was wheeled out of the hospital and received a cheer of support from fellow officers and a community of supporters.

Owens' release comes a day after Odessa officer James Santana got out of the hospital.

Seven people were killed in the mass shootings and more than 20 injured.

RELATED: 'When God is tugging on your heart, you just do it' | Odessa native offers family plot to victims of mass shooting