Breaking News
More () »
Together We Rise

How Barbie evolved amid conversations about race | Together We Rise 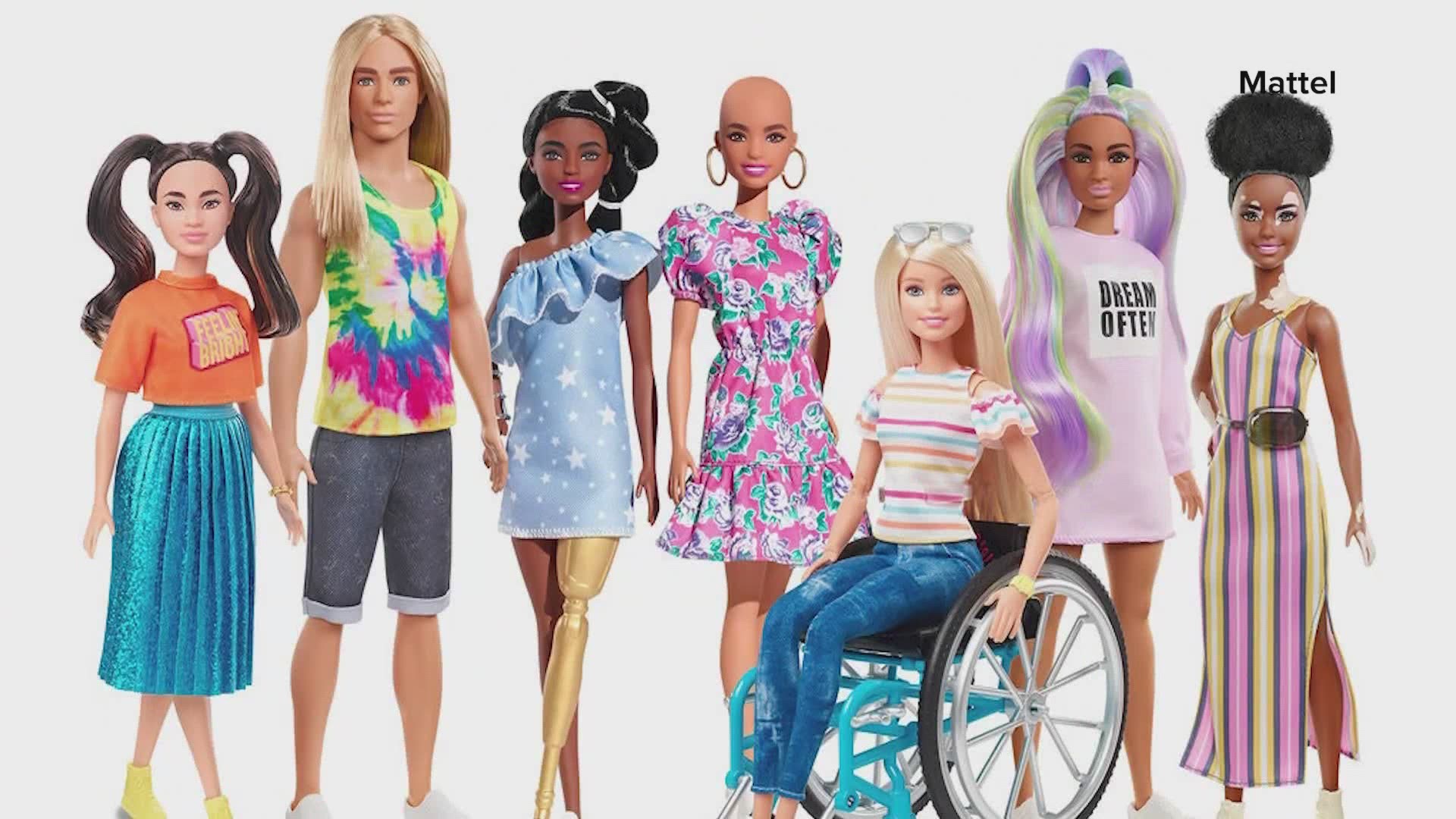 SAN ANTONIO — If you grew up playing with dolls, chances are you had a Barbie...or two. If you were lucky, you could find a Barbie that looked just like you.

Nowadays, Barbie looks a lot different than she did during your childhood. She's available in twenty different skin tones with many dolls now being based on real-world scientists and artists of color. As an enthusiast, you may appreciate that the days of Barbie only being marketed as a married housewife are long gone, but you may not notice the deeper impact of why these changes truly matter -- unless your name is Dr. Dorinda Rolle.

She may not have grown up playing with Barbies -- she had a Chatty Cathy -- but as a professor of diversity equity, and inclusion in the Executive Education Program at UTSA, she's familiar with many different forms of research that focus on racial disparity. One, in particular, she was able to relate to on a personal level.

"The Doll Study" conducted in the 1940s by psychologists Kenny and Mamie Clark shone a light on an issue that went beyond the type of dolls children had access to.

"You didn't have that choice of a black doll or a white. They were all white dolls. But what it did was it gave me a belief and a feeling as a child that, that doll was prettier," Rolle said.

The findings in the study proved she wasn't the only child who felt this way. In the experiment, sample groups of children were asked to compare a white doll and a black doll, not just by color, but by character as well.

While baby dolls were accessible before the '40s, the earliest release of brown Barbie dolls began with Mattel's Christie and Francie dolls. They were both introduced as "Barbie's friends" between 1967 and 1968. But the first black doll named "Barbie" didn't debut until 1980, 21 years after the original white fashion Barbie made her first appearance in New York and decades after the start of the Civil Rights Movement.

Calls for diversity grew on, and Barbie and Mattel responded. Just last year the brand released a statement on Barbie's main website acknowledging that while great strides have been made in its product and content over the past few years, there's more to be done.