Bill Creech served in World War II and has been a Freemason since 1955. 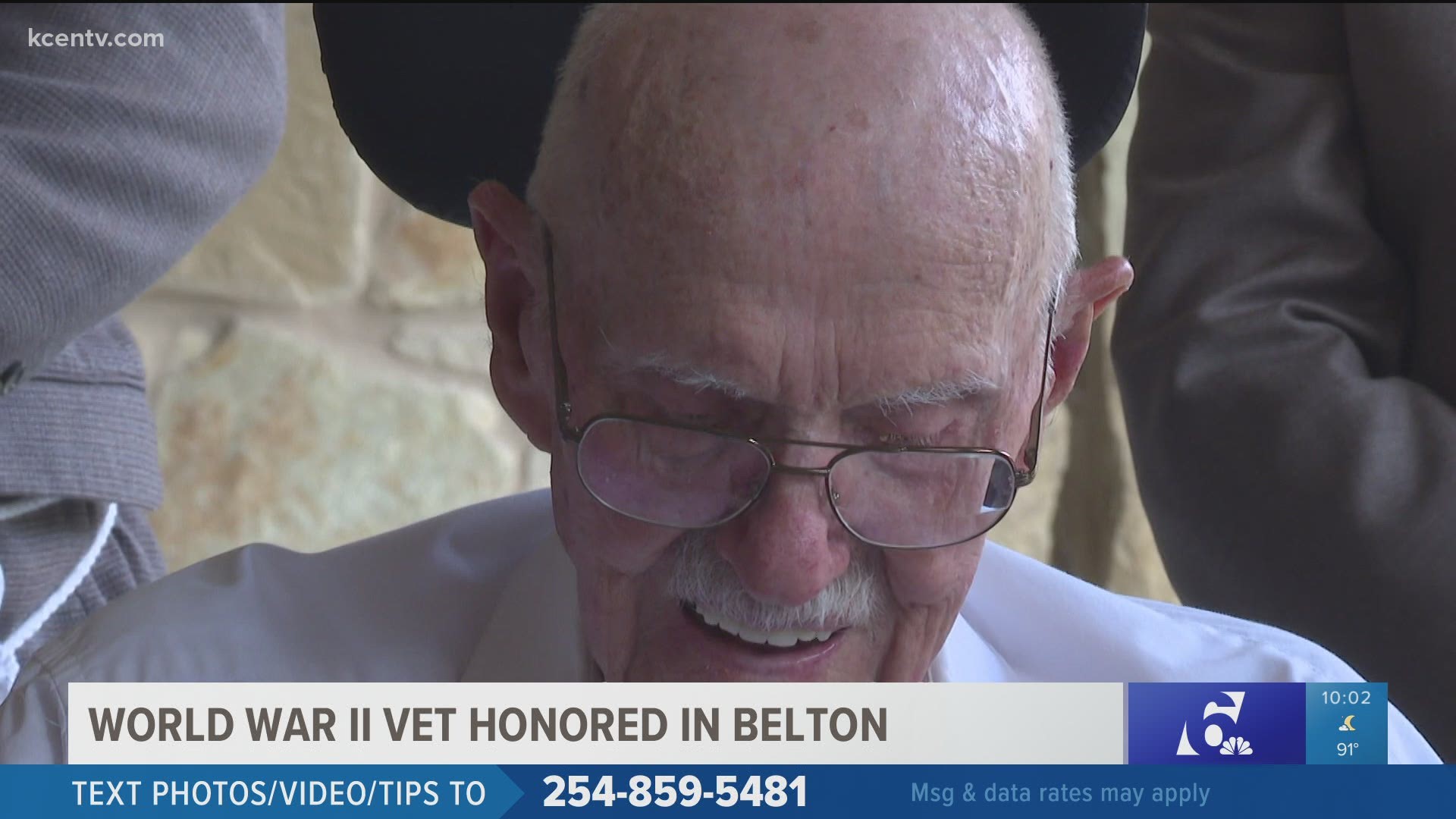 BELTON, Texas — Bill Creech took just three months to initiate as a freemason back in 1955. 65 years later, the Grand Lodge of Texas honored him with a pin and award to show his dedication.

He was joined by friends, family, and other members of the masonic lodge for the special celebration.

Creech was a trooper on the beaches on Normandy and also survived the Battle of the Bulge. He has held many different positions as a freemason and the honor is not one that many members receive.

John Sisemore represented the Grand Lodge of Texas at the celebration and presented Creech with a plaque and an a pin after reading a prayer.

"Very evident as to his dedication to the organization and his willingness to serve not only as a member, but an officer, a member, a mentor for so many years," Sisemore said.