The fire happened in a parking lot between the House of Fireworks and Davey Jones Fireworks on Highway 21 near I-77 and Carowinds. 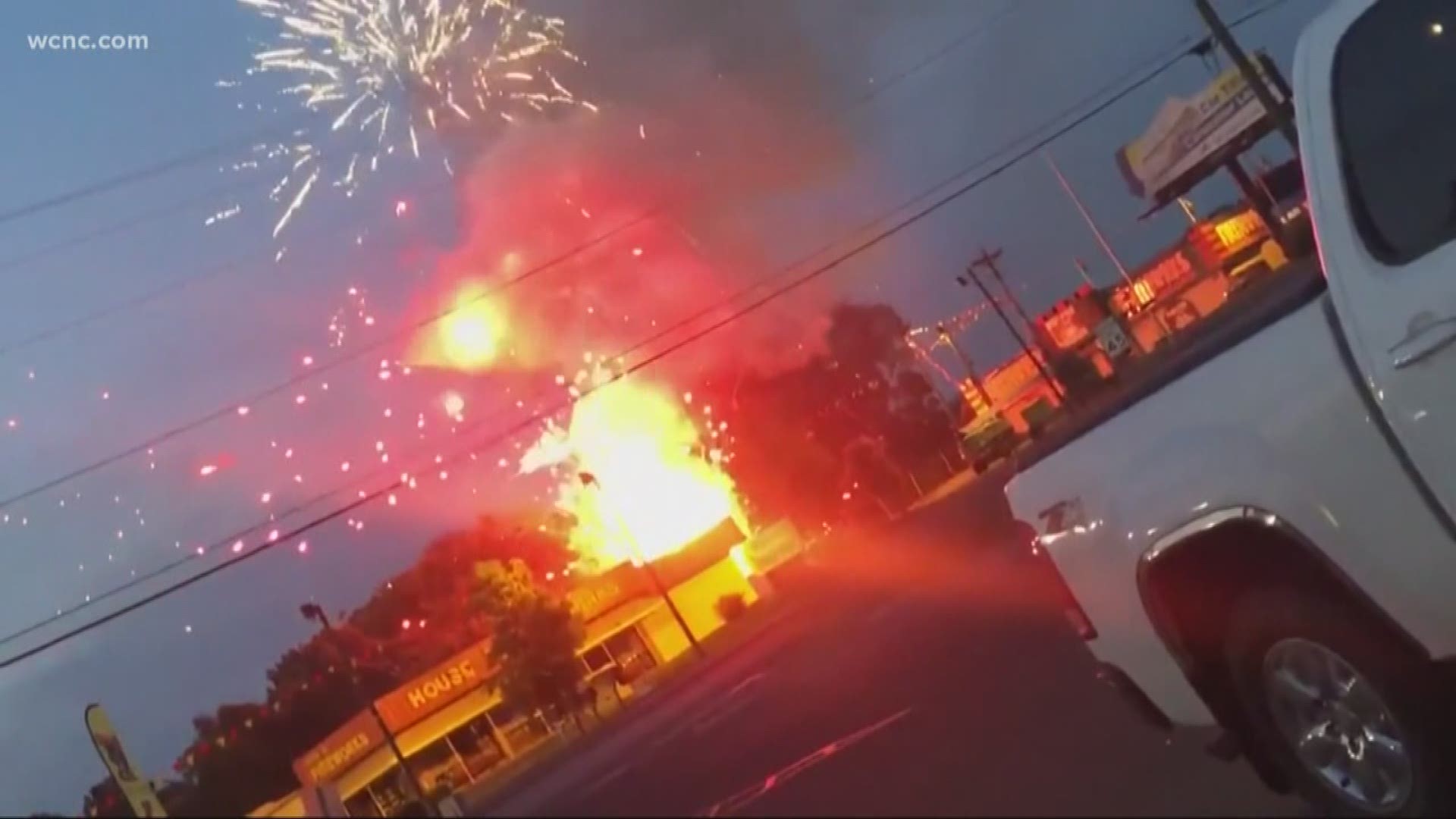 FORT MILL, S.C. — Firefighters extinguished a massive fire outside two fireworks stores in Fort Mill on the 4th of July.

The fire happened in a parking lot between the House of Fireworks and Davey Jones Fireworks on Highway 21 near I-77 and Carowinds. The fire appeared to spark in a storage unit between the stores.

According to Capt. Jeff Nash with Flint Hill Fire Department the fire began at around 5:45 a.m. and started in the Connex Storage containers. Nash said those containers had dozens of cardboard boxes holding fireworks.

Deputies confirmed the storage units where the fire started belonged to Davey Jones Fireworks. The cause of the fire was under investigation, and no injuries were reported.

According to officials, because of all of the explosives, it took crews about 45 minutes to put out the fire. The fire brought down a power line so there were several businesses in the area without power.

NBC Charlotte's Billie Jean Shaw was at the store for an unrelated story when she saw smoke and flames. Workers at one of the stores called 911. Firefighters got there shortly and worked to contain the fire.

After the excitement was over, the store reopened and quickly became crowded with customers.

Flint Hill Fire Captain Jeff Nash said the charred containers were a powerful sight for customers walking into the store.

"Obviously, this is a reminder that fireworks can be very dangerous, not just in small quantities, but in larger quantities," Capt. Nash said. "Today, with the dry weather, it's critically important everybody is safe while they're having fun."

Frawna Peterson owns House of Fireworks next door, and she was scared flames would end up landing on her store.

But she was optimistic about how the rest of the day would turn out.

"Keep supporting us," Peterson said. "As long as the stores are okay, and everything's safe for people to be in the store, I think it's going to be a great Independence Day."