Routier, 50, is on death row after prosecutors argued that she killed her two sons with a knife, then cut herself to blame the violence on an unknown intruder. 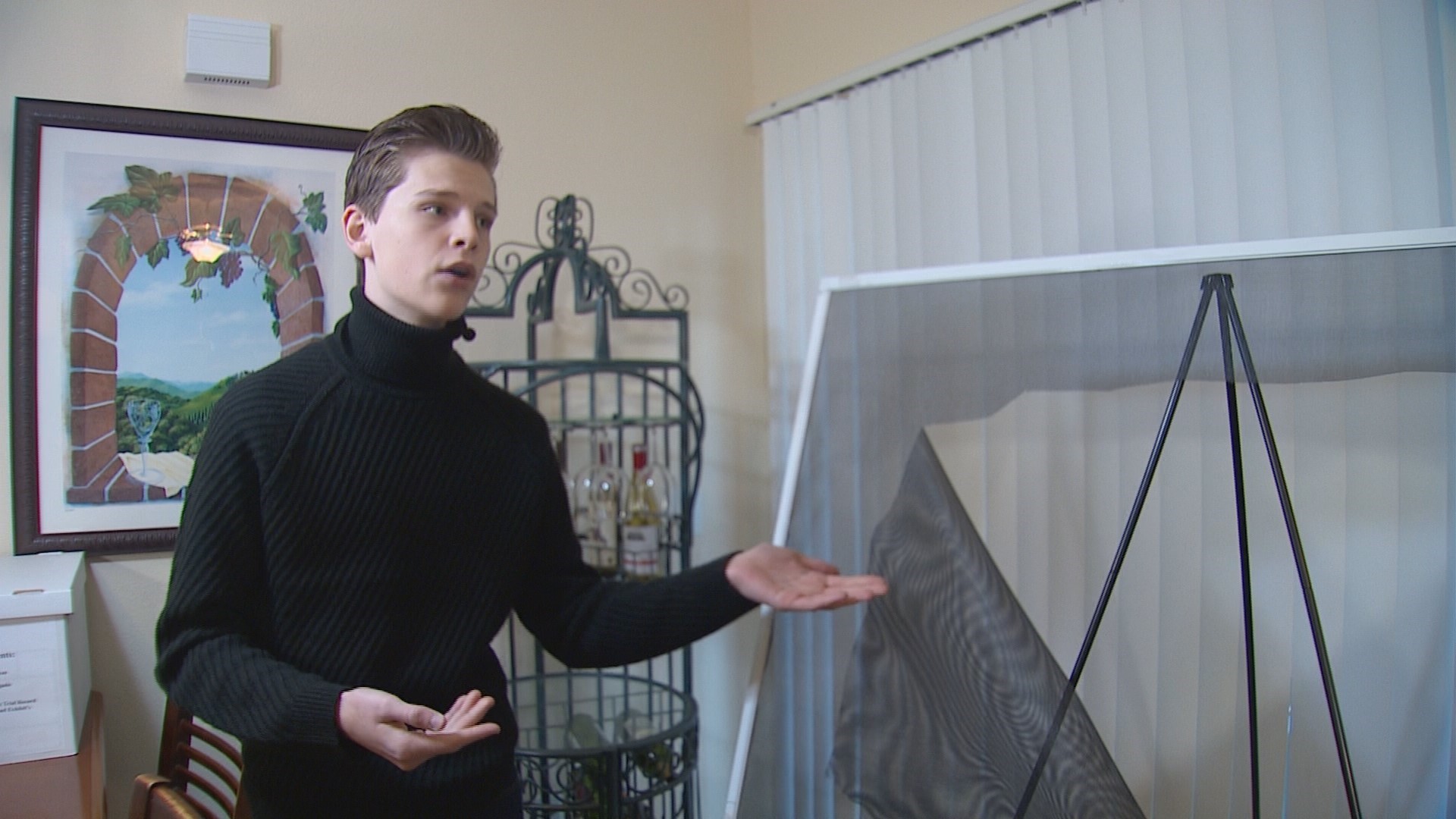 As Darlie Routier waits on death row, hoping that the re-testing of forensic evidence proves she didn't murder her two sons, a 16-year-old will meet prosecutors in court Thursday hoping to prove he is allowed to review evidence originally logged in the case.

The hearing will decide whether or not Ryan Kester, a true-crime blogger and college student, can see things like original crime scene photos taken from Routier's home, bank records and other information admitted by investigators.

Kester is from Rockwall, wants to be an attorney, and has been highly interested in the Routier case since he was 12.

RELATED: True crime obsessed? So is this Rockwall teen, and it's shaping his future

"This case particularly captured my attention because it was so local," Kester said. "This happened, you know, five minutes away from my house."

Credit: WFAA
Routier is seen here in handcuffs as she is escorted by deputies from Dallas County.

In 1996, investigators said that Routier killed her two sons Devon, 6, and Damon, 5, with a knife before cutting herself along the neck to blame the attack on an unknown intruder.

Devon's birthday was days after the murder. He and Damon both were buried in the same casket by their family.

Their father, Darin Routier, said they would walk through heaven together.

Both Darlie and Darin fully cooperated with police, and at first, authorities were looking for the intruder who was only described as a white male wearing black clothes.

A screen door in the garage was even found cut, suggesting that an intruder may have entered from there.

But police eventually turned their eyes toward Darlie, who was charged with two counts of capital murder. She was eventually convicted on just one count.

Prosecutors argued at trial that Routier's wounds were self-inflicted and that the crime scene inside her home had been staged.

RELATED: Former prosecutor has no doubt Darlie Routier is guilty of killing her son

An expert even testified that cast-off blood on the back of Routier's clothes showed that she raised a knife over her head as she removed it from each boy to continue stabbing them.

Even though Routier's attorneys argued that there was no motive for the killing of the children, the now 50-year-old was sentenced to death by lethal injection in February of 1997.

To this day, Routier maintains her innocence and is currently awaiting the re-testing of forensic evidence in the case to help overturn her conviction.

An execution date for her has not been set.

'I want to see what the jury saw'

Kester is not your average 16-year-old. Instead of playing Fortnite in his free time, he obsesses over murder cases. He even runs a Facebook page called "True Crime Club" where 2,000-plus members discuss cases.

The teen is fascinated with the Routier case because the murders happened in nearby Rowlett.

Credit: WFAA
Kester shows WFAA the evidence he has replicated in connection to the Routier case.

He has collected as much evidence as he can online that was gathered by investigators like photos, transcripts and a number of legal filings.

He's even replicated evidence from the case to better understand Routier's conviction, like the window screen that was cut.

"It's the exact dimensions and I tried to replicate the cut the best I could. Darlie obviously claims that the intruder cut it, but the state claims that she did," Kester said.

Kester found the model of the exact knife connected to Routier's conviction in his grandparents' kitchen and even found the same kind of wine rack that was photographed in Routier's home the night of the murders.

Credit: WFAA
Kester stands in front of the wine rack that is similar to the one that was in Routier's home.

Testimony in Routier's case suggested that an intruder knocked a glass out of the wine rack, but it was later discredited by prosecutors who said Routier threw a glass on the ground to stage a crime scene.

Kester believes that Routier is innocent and is even editing a documentary about her that he plans to release soon.

"The more I looked at this case, I saw flaws in the system," Kester said. "I want justice for Devon and Damon because they're the victims here. But in my opinion, Darlie is a victim as well."

To further his understanding of why a jury convicted Routier, Kester requested to see all of the original evidence logged in the murder case by investigators.

His request was granted by a judge who said Kester could view, photograph or copy exhibits entered into evidence at trial as long as it doesn't compromise sensitive personal information.

Biological material like blood, hair, skin tissue, or bodily fluids was ordered to not be handled in order to prevent contamination.

But the Dallas District Attorney's Office filed an objection, asking the judge to rescind the order.

Citing the current forensic testing, the DA's office argued that certain physical evidence collected at the scene could be compromised if it's removed from storage because it's over 20 years old

The court filing also said that Kester could request a copy of an exhibit, which would be much easier.

But an interesting part of the objection cites that the order should be rescinded because Kester is under 18.

Credit: WFAA
Ryan Kester talks to WFAA in his home.

That part didn't sit well with the teen who has devoted a lot of time to Darlie Routier.

"I think that it's dangerous to assume that because of my age, I'm disadvantaged in viewing this," Kester said.

Kester said he doesn't have any interest in biological evidence or even some of the physical evidence. He told WFAA he mainly wants to see original crime scene photos up close, Routier's bank records and notes made by medical personnel.

"Some of those things are hard to find in high-quality versions," Kester said.

"I just want to see what the jury saw. I want to know how they convicted her, and so far, I haven't been able to."

Kester is representing himself in court Thursday morning and will likely be going up against prosecutors more than twice his age.