Christopher Neal was killed when a man broke into his home in Kalamazoo County in Michigan and held his family hostage, authorities say. 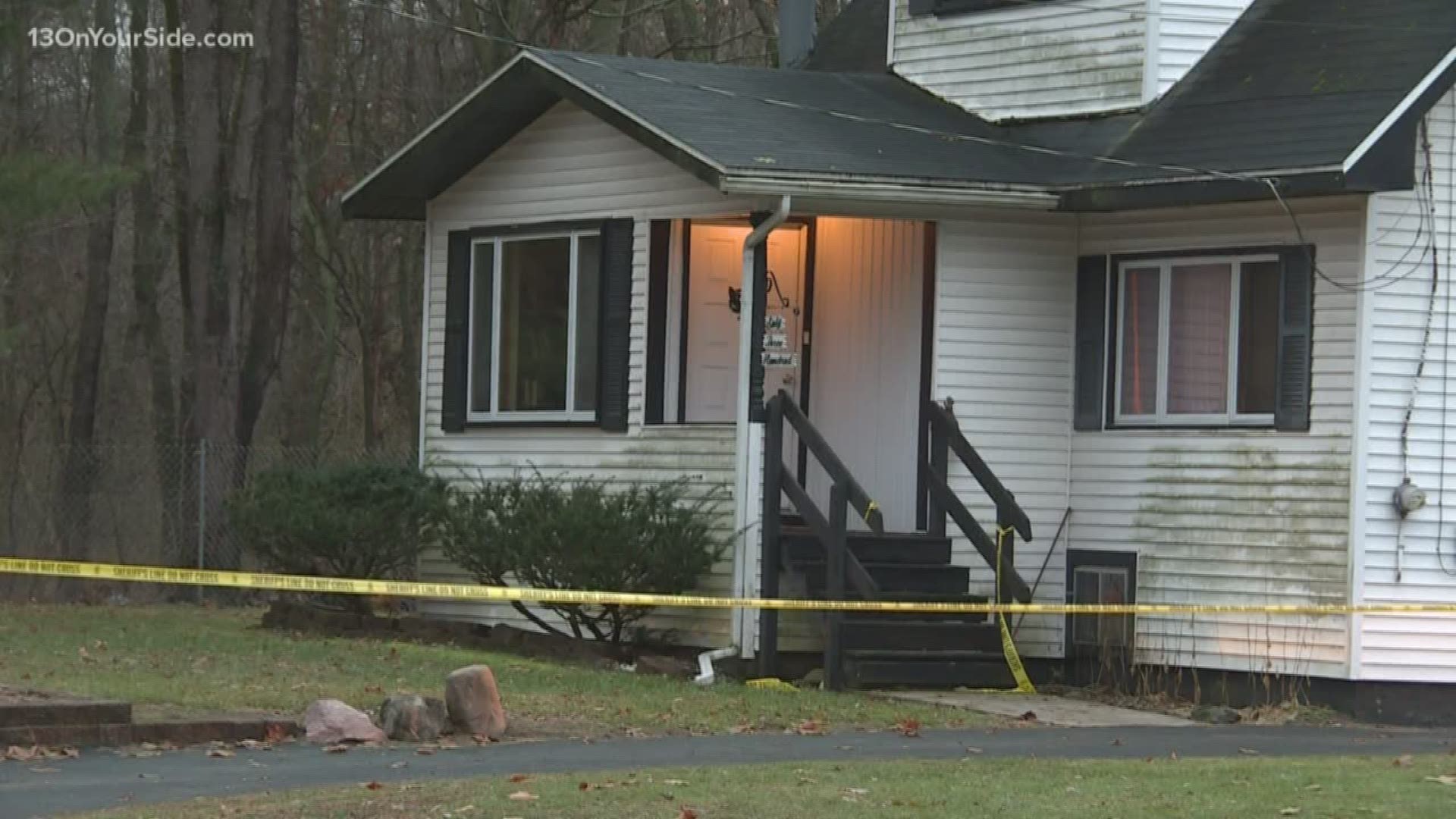 Updated again at 2:55 p.m. Sunday with details on a remembrance ceremony for Christopher Neal in Quinlan, Texas.

A man is accused of killing a 22-year-old father and injuring three police officers after breaking into a home in Kalamazoo County in Michigan, authorities say.

Christopher Ryan Neal, 22, was found dead inside the home on Dec. 1 after Jones became involved in a standoff with police. Authorities say Jones broke into the home and held Neal's family hostage -- including his pregnant wife, Haley, and their 2-year-old daughter.

Neal died "protecting his wife and daughter from tragic harm," his obituary in the Kalamazoo Gazette says. "He truly saved his family that night without thought or regard for himself."

Neal was born in Kaufman, Texas and graduated from Ford High School in Hunt County, according to his obituary.

After he graduated high school, he traveled the world with the U.S. Navy as an aviation electrician. He met his wife while studying with the Navy in Pensacola, Fla.

Neal had recently been hired at Duncan Aviation in Battle Creek, Mich., his obituary says.

Friends and family gathered on Dec. 15 at Ford High School in Quinlan, Texas, to remember and celebrate his life.

Jones broke into Neal's home at about 10 p.m. Dec. 1 as the family was watching TV, authorities say.

What followed was "40 minutes of mayhem for the family," said Kalamazoo County Sheriff Richard Fuller.

Haley Neal was able to grab their daughter and go to another part of the house, where she called 911.

When officers arrived, the suspect was holding the family hostage.

As police moved to get inside the house, the suspect fired a gun several times, hitting three police officers and Neal.

Police said Jones attempted to run away, but he was arrested.

Officers from the Kent County Department of Public Safety, Michigan State Police and the Kalamazoo County Sheriff's Office were all injured by gunfire. They are all expected to survive.

He was denied bond.

On Nov. 12, less than three weeks before the home invasion, Neal posted on his Facebook that he moved to Kalamazoo, Mich.

According to his obituary, he had a "mechanical intuition" and loved to fix cars and snowboard.

Neal and Tanner Jones had a deep friendship that started at Ford High School in Quinlan, Texas.

Tanner Jones was a sophomore and Neal a freshman when they first met. When Neal and the family moved to Michigan, the two friends still talked or texted every day.

"I was trying to get him to move back to Texas," his friend said of Neal. "He said Texas doesn't have snow."

Tanner Jones described Neal as a "goofball" and a loyal friend.

An eighth-grade teacher posted to Facebook, calling Neal "selfless, quick-witted, and a pleasure to know."

As reports surfaced about the home invasion, Jones was not surprised at all by Neal's heroic actions to protect his pregnant wife and young daughter.

"That's Chris," Tanner Jones said. "He'd do that again and again. He cared more about Haley and Charlie than he did about himself."

A candlelight vigil was held Dec. 14 at a park next to DC Cannon Elementary School in Quinlan.

A Fundly account has been set up to raise money for the Neal family.