Officer Justin Mueller was shot on Saturday while responding to a domestic disturbance call in San Marcos. The shooter killed one and injured two police officers. 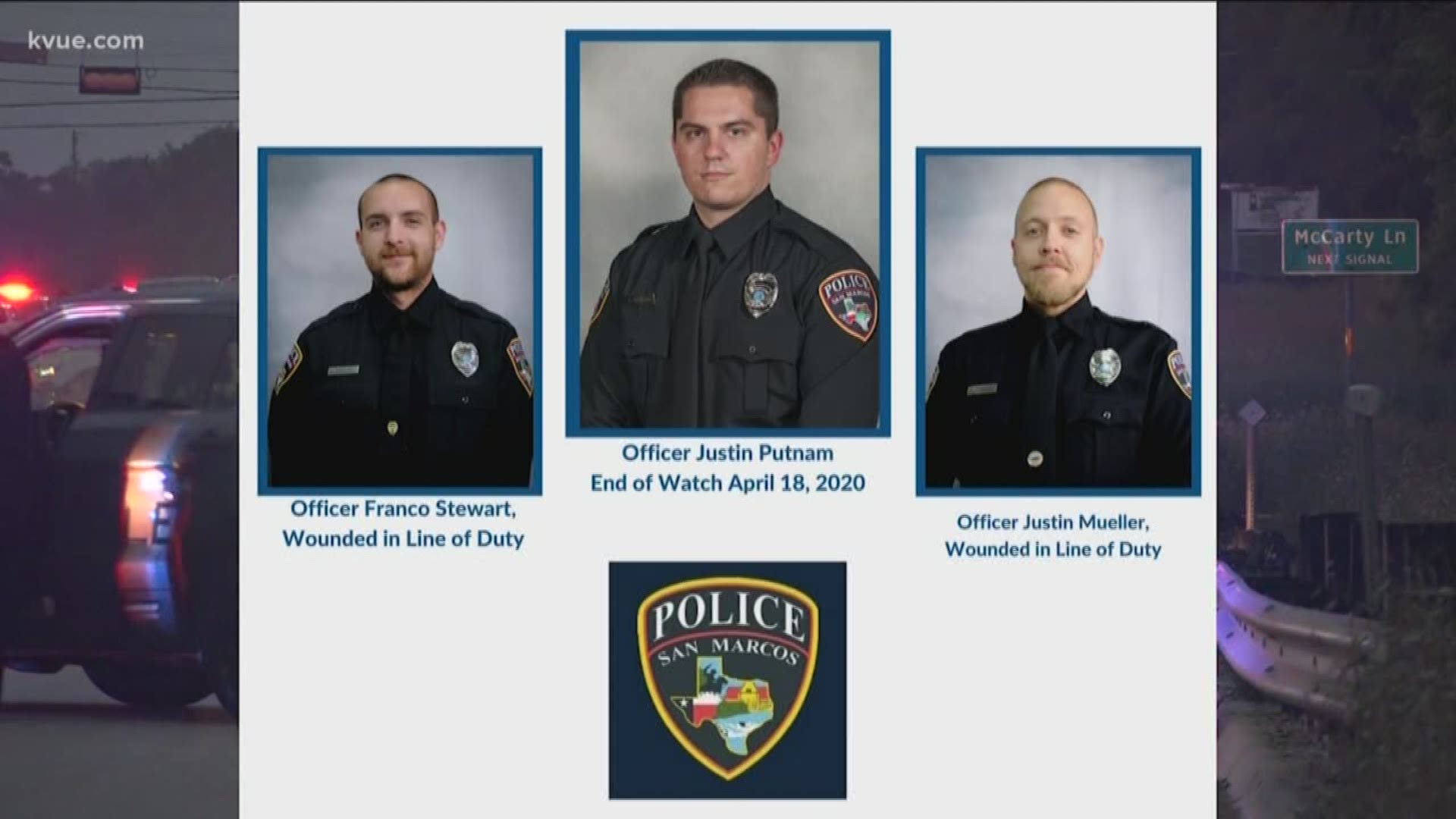 SAN MARCOS, Texas — When Officer Justin Mueller's friends woke up Sunday morning, they were shocked to hear the news. Mueller was in critical condition at Ascension Seton Hays in Kyle after being shot Saturday night.

"I think we were all extremely shaken," Kelly Greenwalt said.

According to Greenwalt and another friend, Stewart Smith, Mueller is now responsive, talking to them through text messages. Neither have gone to visit Mueller in order to continue giving the family the space they need.

“In our group chat, someone had mentioned that Justin has access to his phone but not sure how well he would be able to use it," Smith said. "Justin responded a few hours later with, ‘About this well.’ That was his exact response, so getting a snarky response from him is about as good a sign as anyone can hope for.”

According to the City of San Marcos, Mueller had only been a patrol officer for less than a year. Prior to being an on-duty officer, Mueller worked for SMPD as a dispatcher.

“He comes off as kind of a passive person in that he doesn’t try to be in the spotlight, he doesn’t try to showboat or self-promote by any means," Greenwalt said. "Everybody who comes into contact with him seems to see him as a very close friend.”

Coincidentally, both Greenwalt and Smith included Mueller in their 2013 weddings. For Greenwalt, he officiated the ceremony.

“He opened it up with the Princess Bride 'mawage' line with full interpretation, impression and everything. It was really funny," Greenwalt said.

For Smith, Mueller was his best man.

“Straight up one of the best people I know, I ever will know," Smith said.

For both, the gravity of the situation is not lost on them.

“Obviously he’s got a long way to go physically and mentally, but he’s there and seems to be himself at least to some degree," Smith said.

“He carries his heart with him wherever he goes and he cares very deeply for the people he works with," Greenwalt said.