She becomes the latest prosecutor assigned to lead the case against a Brunswick father and son. 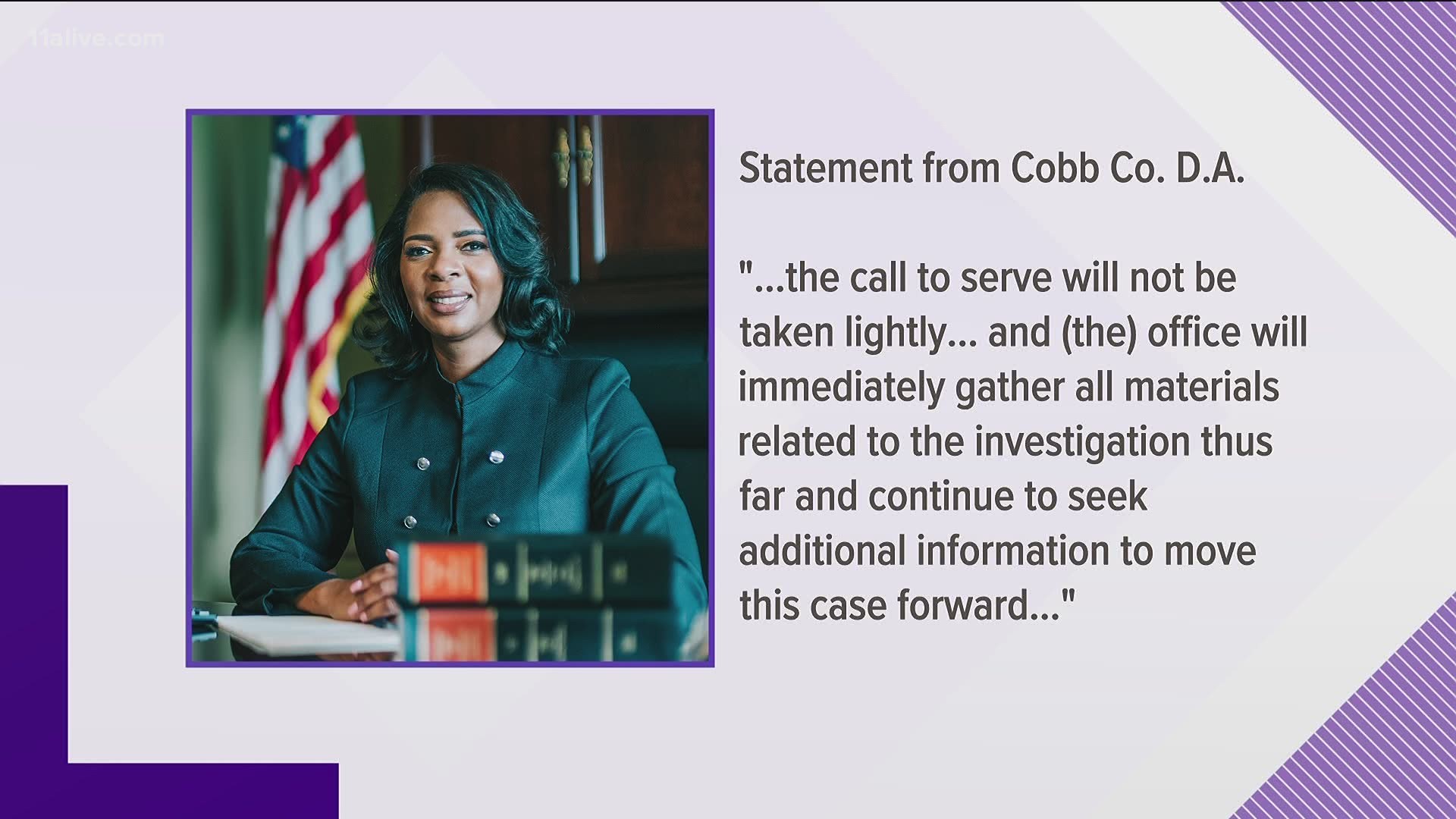 BRUNSWICK, Ga. — Cobb County District Attorney Joyette Holmes has been assigned to lead the case against a Brunswick father and son who fatally shot Ahmaud Arbery.

Aubery was shot and killed on Feb. 23 while family says he was jogging in the area and catching the attention of a father and son who claimed to be concerned about burglaries in the area. The two are accused of pursuing Aubery with one soon shooting him.

It would be months later, following national public outcry and Georgia Bureau of Investigation findings, before 64-year-old Gregory and 34-year-old Travis McMichael were arrested.

“Our office will immediately gather all materials related to the investigation thus far and continue to seek additional information to move this case forward,” DA Holmes said. “We appreciate the confidence that Attorney General Carr has in our office’s ability to bring to light the justice that this case deserves.”

Attorney Ben Crump and the Arbery family said they are pleased that Holmes is not connected to the southeast Georgia community.

“In order for justice to be carried out both effectively and appropriately in the murder of Ahmaud Arbery, it is imperative that the special prosecutor has no affiliation with the Southeast Georgia legal or law enforcement communities," they said in a prepared statement. "We implore District Attorney Joyette Holmes to be zealous in her search for justice, as she works to hold all of those responsible for the unjustifiable execution of an unarmed young Black man in broad daylight.”

"The Cobb DA’s Office is also committed to ensuring that the family of Mr. Arbery is supported throughout the process of seeking justice in this case," her office said.

In the days following the shooting death of Arbery, Brunswick District Attorney Jackie Johnson quickly recused her office from the case, indicating that Gregory McMichael is a retired investigator who worked in her office.

The case was then assigned to the Waycross District Attorney George Barnhill. He went on to say that he would recuse himself from the case and request the assistance of the Georgia Attorney General's office in finding another district attorney to "handle the further 'evaluation for prosecution' in this case."

On May 5, Durden requested a formal investigation of the case by the Georgia Bureau of Investigation, while at the same time indicating his opinion that the case should go before a grand jury.

Local defense attorney Daryl Cohen says he has no doubt that Holmes is the right person for the job.

"Her office is ethical, competent, and even more than that. she will do the right thing, she will prosecute the case using all the evidence available, good or bad, but she is terrific, and so is her office," he said.

Cohen met Holmes when she was the Chief Magistrate in Cobb County.

"Fair, honest, tough, sometimes in my opinion, too tough. Most of the time, straight on, right on. But more important than anything, her office has ethics, and those ethics are impeccable," he said.

11Alive interviewed Holmes about the position when she was first appointed in June of 2018.

"Serving is not about a position, it's not about what you wear to work every day, it's about being in a place where you can do the job that needs to be done," she said at the time.

Cohen added that her experience in the court means she's not afraid to take on big cases and will not be intimidated by the huge national spotlight on the Ahmaud Arbery case.