As protesters were yelling at him and surrounding his car, he reached into the center glove compartment and appeared to wave a gun at them. 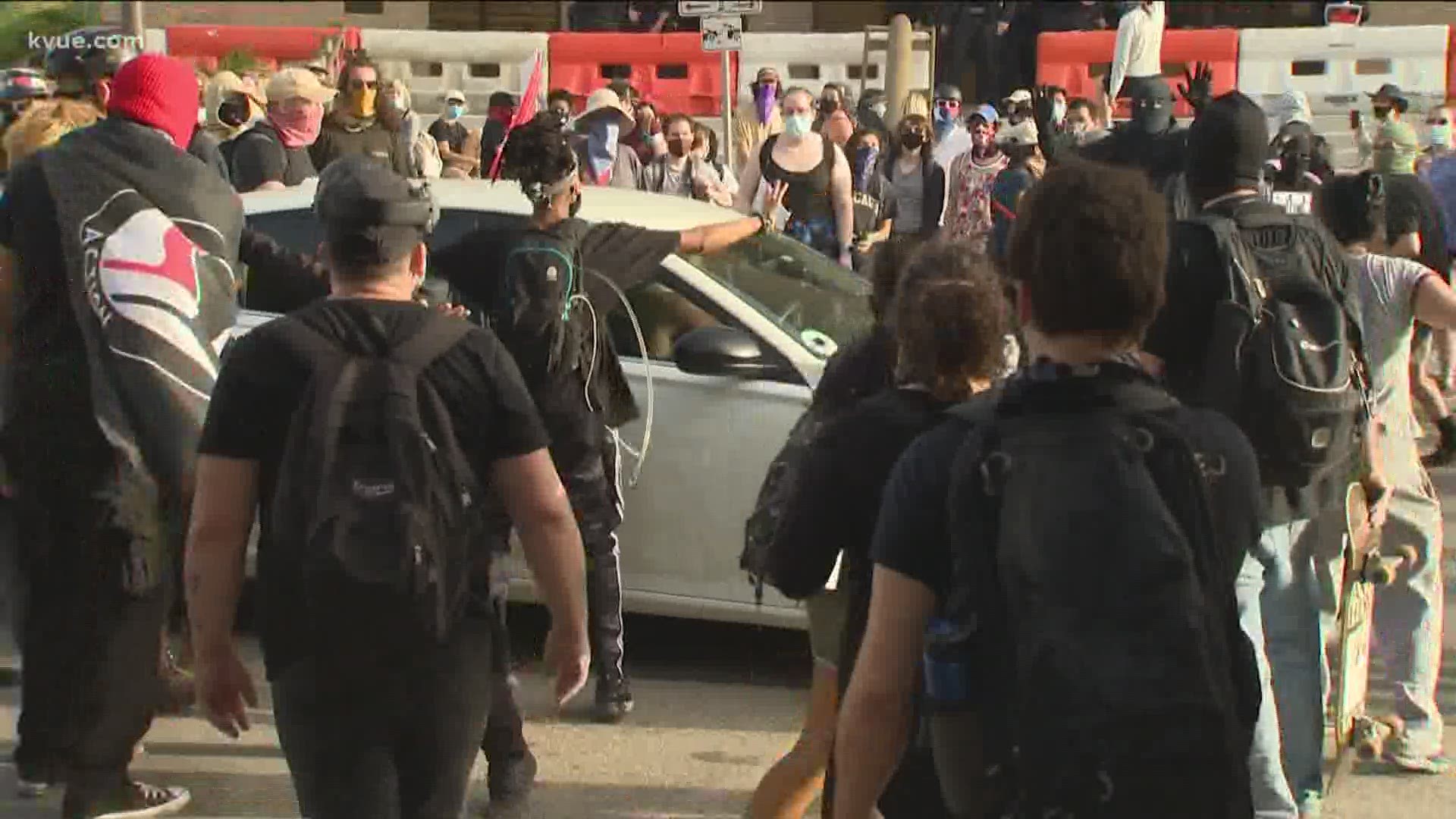 AUSTIN, Texas — On Saturday night, protests calling for racial equality got a little tense after a driver pulled up in a car and reportedly pointed what appeared to be a gun at the crowd. KVUE was interviewing a protester when the car drove into the crowd.

Notably, Eighth Street was not shut down right outside Austin police headquarters, but the protesters blocked off the roadway on their own.

The driver lurched forward in his car. Then as protesters were yelling at him and surrounding his car, he reached into the center glove compartment and appeared to wave a gun at them.

Protesters got out of the way and he pulled over near police officers and got out of his car with his hands up. Police then took him into custody along with his car.

On Monday, KVUE confirmed the man has been released.

"This man was pointing a firearm, a handgun at everyone and waving it at every person he could see through the windows and yelling," a protester told KVUE.

According to police on the ground, several protesters were taken into custody for shining lasers at police, hitting a police horse and criminal trespass.

On Juneteenth, protesters march in Downtown Austin against police brutality

Protesters were outside APD after marching to city hall and back. These are the same protests that started about a month ago after police killed George Floyd in Minnesota and Michael Ramos in Austin.

Protesters are calling for the firing of Austin Police Chief Brian Manley after the incident.