At least 12 people killed, 8 injured during violent weekend across Dallas-Fort Worth

There were nine separate shootings across Dallas, Fort Worth and Denton from Friday night to Sunday afternoon, officials said. 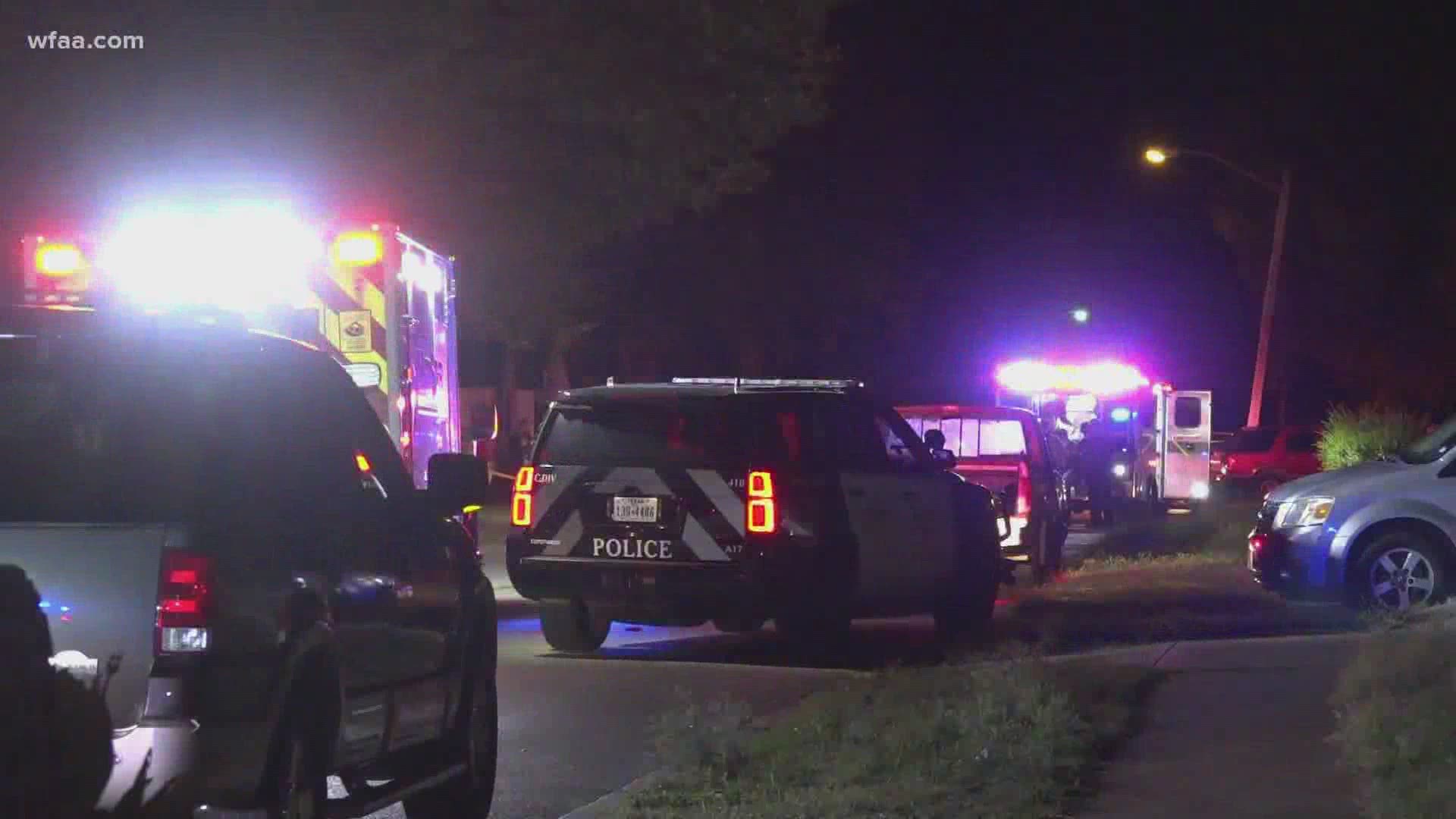 Updated at 9:15 a.m. Monday with additional information about this weekend's violence.

Ten separate shootings across Dallas, Fort Worth and Denton claimed at least 11 lives and injured at least another eight people from early Friday to Sunday afternoon, officials said. Another person was killed in a stabbing Sunday evening in Dallas.

Three of those killed were shot inside a Dallas club early Sunday, according to police.

The series of violent incidents began in Dallas around 3 a.m. Friday.

21-year-old dies after he was shot in the neck filming 'suspicious' vehicle in Uptown, police say

Angel Juarez, 21, was walking with a group around 3 a.m. Friday near the 2700 block of Howland Street when he started to film a "suspicious-looking vehicle" near a bar, police said.

At that point, the person inside the vehicle saw and began shooting at the group, according to police. Juarez was struck in the neck.

Police said he was transported to a local hospital and was in critical condition. He later died from his injuries, police learned Sunday. Another person who was shot in the foot was also transported to the hospital.

A 33-year-old man who was trying to fix a flat tire Friday night was shot by a suspect in Dallas, officials said.

According to Dallas police, a witness told authorities that the shooting victim had called him for help fixing the tire.

When the witness arrived, an unknown suspect pulled up in a vehicle and approached the 33-year-old man, and asked if he needed gas. At that point, the shooting victim told the suspect no, according to officials.

The witness told police that's when he heard gunshots.

1 person killed, another injured in shooting at Dallas apartment complex

One person was killed and another was injured in a shooting Friday night at the Life at Stone Crest Apartments, authorities said.

Dallas police responded to the shooting call around 11:15 p.m. at 3015 E. Ledbetter Drive.

When authorities arrived, they found 18-year-old Nakeya Smith had been shot. Smith was transported to a local hospital, where she died from her injuries.

One person was killed and another was injured in a shooting Saturday night in Denton, police said.

Multiple callers reported hearing gunshots around 9:20 p.m. on the 100 block of Duchess Drive, according to police.

When officers arrived, police said they found one person nearby who had been shot in the lower leg. They were taken to a local hospital for treatment.

Officers were then told about a possible second victim, who had arrived at a local hospital after they were shot in their abdomen. That person later died, according to police.

Two men were killed and three others were injured after gunfire erupted overnight Sunday at a house party in Fort Worth, police said.

The shooting happened around 1:15 a.m. on the 1900 block of Carver Avenue after a fight broke out.

One man died at the scene, while another was taken to a hospital in critical condition. That man, 21-year-old Luis Manuel Hernandez of Forest Hill, later died, police said.

Shortly after 1:30 a.m., a gunshot victim flagged down officers on the 1800 block of Singleton Boulevard, according to police. They had been shot in the chest and arm.

Three men died Sunday after a shooting overnight at a club in Dallas, police said.

Police responded around 2:30 a.m. to the shooting at Aces of Dallas, which is located at 2250 Manana Drive.

When they got there, police said they found Darry Wayne Nellums Jr., 26, dead at the scene from a gunshot wound. Officials said they also found Demarion Marquis Glasco, 27, and Tavion Ellis Rice, 29, who had been shot. First responders took both injured men to a local hospital, where they later died.

Officers responded to a call about an unresponsive man on the ground around 5:15 a.m. on the 300 block of North Griffin Street, police said.

When they arrived, they found 35-year-old Loc Phuoc Pham lying on the ground with a fatal gunshot wound, according to police. Officials pronounced him dead at the scene.

1 dead after shooting at Lost Canyon Drive in Dallas

A man is dead after a shooting in the 7200 block of Lost Canyon Drive in Dallas around 2:45 p.m. Sunday. Officers arrived at the shooting scene and said they found a crime scene but no victim.

They later found out the shooting victim, 18-year-old Khalia Walker, was taken in a private vehicle to an area hospital, according to police.

Fort Worth police said Sunday a man was shot and killed by an unknown suspect in the 1110 block of East Arlington Avenue shortly before 4 p.m.

The man was pronounced dead on the scene by medical personnel, and police said his death will be investigated by the homicide unit.

A man died after he was stabbed Sunday night in South Dallas, police said.

Officers responded around 6:45 p.m. to a stabbing call on the 1600 block of Martin Luther King Jr. Boulevard. The man was taken to a local hospital, where he died from his injuries, according to police.

Homicides detectives are investigating the fatal stabbing and asking anyone with any information to contact Det. Chris Anderson at 214-671-3616 or c.anderson@dallascityhall.com in reference to case #190965-2020.

For felony crimes that occurred in Dallas, Crime Stoppers is offering up to a $5,000 reward for information that leads to an arrest and indictment. Tipsters can call 214-373-8477 at anytime.