Chrystal Jackson, 27, faces a felony charge in connection with her nephew's death. She claimed the toddler was abducted at night, triggering an Amber Alert. 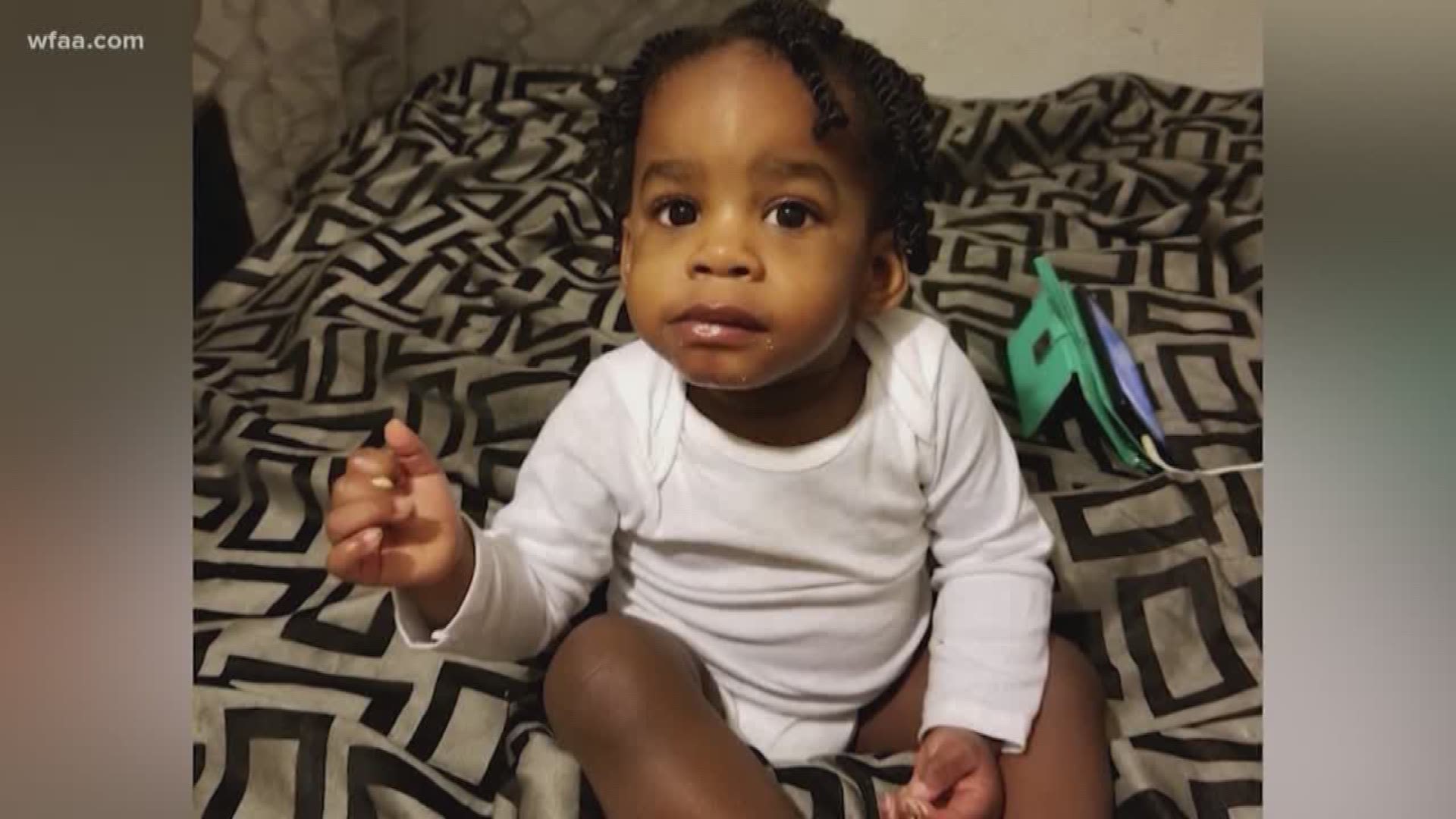 Updated at 4:11 p.m. with new information from arrest affidavit.

The aunt of an 18-month-old boy whose body was found in a landfill repeatedly lied to police for hours preventing them from finding the child alive, according to an arrest warrant affidavit.

Chrystal Jackson, 27, was arrested Wednesday morning on a felony child endangerment charge, a week after her boyfriend was accused of harming the boy.

She is accused of lying for hours about what happened to her nephew Cedric "CJ" Jackson. On July 10, Jackson claimed CJ had been abducted from her Dallas apartment.

The missing child report triggered a statewide Amber Alert. The toddler's body was found in a Rowlett landfill a day after he was reported missing.

A police affidavit indicates that CJ might have been alive when Jackson's boyfriend, 27-year-old Sedrick Johnson, took him from the apartment and put him in a Dumpster. Johnson faces a felony charge of injury to a child in the boy's death.

Had Jackson been truthful with police sooner, "law enforcement has every reason to believe the complainant could have been located, potentially alive, within hours of his removal from suspect Jackson's residence," according to the arrest warrant affidavit.

Johnson, Jackson's boyfriend, told police that the boy was unconscious after being tightly swaddled in a blanket at the foot of the couple's bed, police records show.

He said he started routinely swaddling CJ after the boy once "made a mess" in the middle of the night with ketchup packets. The man said he didn't want the child getting up during the night, according to an arrest warrant affidavit.

Jackson initially told police she put her nephew in bed around 11 p.m. and the boy was gone when she woke up the morning of July 10.

She later said she woke up in the middle of the night to find her boyfriend and nephew missing from the apartment. A search warrant for Johnson's cellphone indicates Jackson claimed she called him to ask where he was.

The boyfriend told police that he woke up around 12:30 a.m. July 10 when the toddler started making noise. He said the boy started throwing up after Johnson unwrapped CJ from the swaddle, records show.

Credit: WFAA
Sedrick Johnson was charged in connection to the death of 18-month-old Cedric Jackson on July 11, 2019.

The toddler was unresponsive and didn't wake up after Johnson performed CPR, the man told police, according to an affidavit. He dropped the boy in a Dumpster in northeast Dallas.

Police said the Dumpster had been emptied twice before they found the boy's body in the landfill.

It's unclear if the child was already dead when he was thrown away.

The affidavit for Jackson's arrest says the aunt lied to investigators about who was in the home during the time the toddler went missing and lied about how long she knew CJ was no longer in the home.

The document lays out the timeline of the aunt's statements to investigators:

"Jackson lied to law enforcement for approximately 19 hours regarding the amount of time she knew" the child was missing, says an arrest warrant affidavit.

CJ was put with Jackson after he was removed from his parents' custody. After the toddler's death, six children were taken from Johnson and Jackson's home and put in foster care, said officials with Child Protective Services.

Two girls, 6 and 8, are the couple's children. The other four are Johnson's, officials said.

After Johnson's arrest, Jackson said, "He wouldn't do this."

RELATED: 'He wouldn't do that': Aunt speaks out after boyfriend's arrest in connection to toddler's death