Two arrested in connection to dozens of vehicle burglaries

The Bell County Sheriff's Department said they found more than 100 purses and wallets stolen from vehicles across three counties. 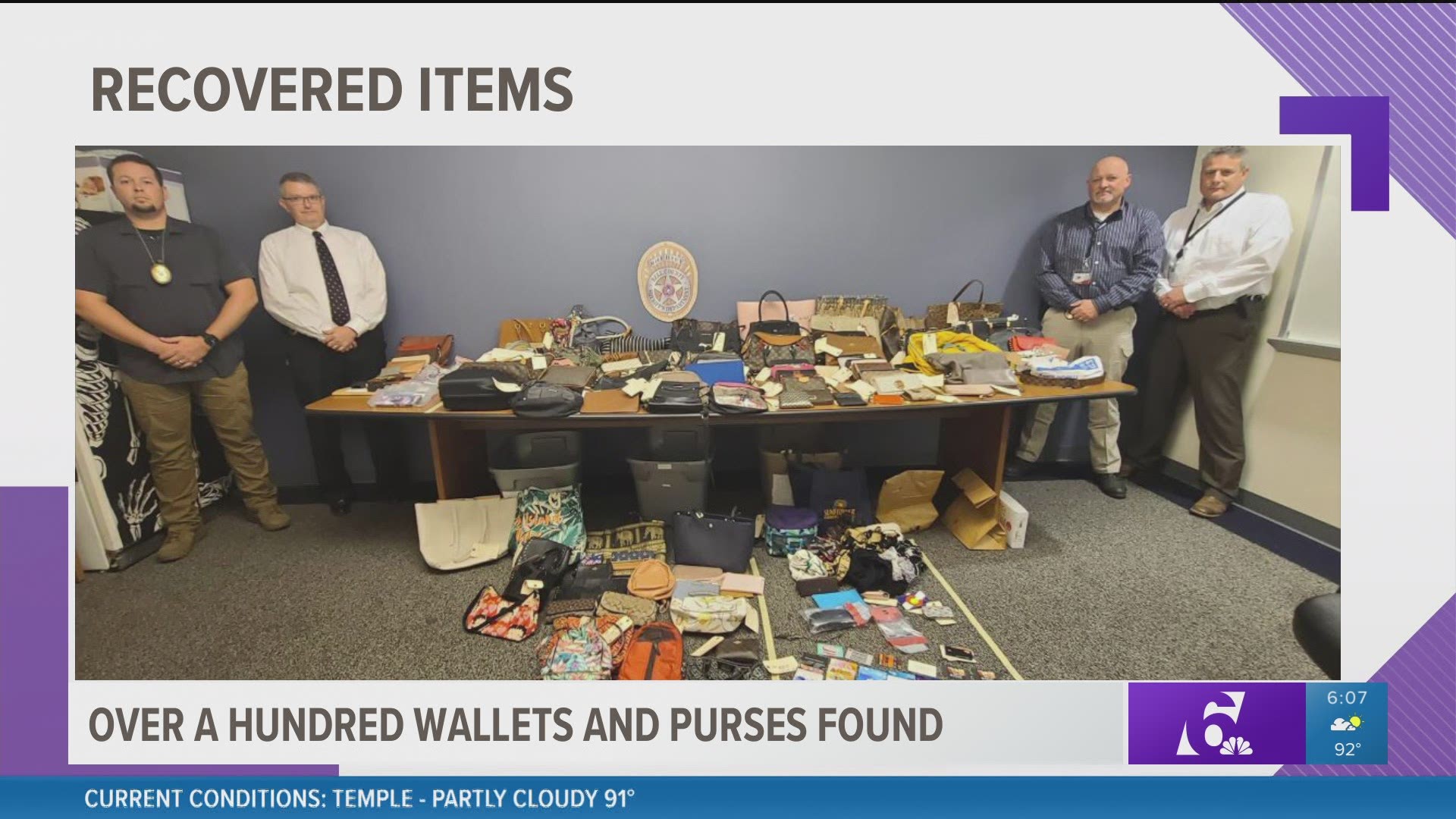 The arrests came July 14 after officials spotted a vehicle they believed was connected to the burglaries at Chalk Ridge Falls Park in Belton.

Sheriff's deputies tried to stop the vehicle but when the driver didn't pull over a chase started that eventually ended on West Veterans Memorial Blvd. in Killeen.

After the arrests, the sheriff's department said they executed search warrants at two different places in Killeen, where they found more than 100 purses and wallets. They also found dozens of drivers' licenses and social security cards.

The sheriff's department is now working with other law enforcement agencies to return the property to the victims.

The sheriff's department said they've identified other suspects and they are working with prosecutors to bring more charges.

Based on the property recovered, officials said they believe the group may be responsible for vehicle burglaries committed in Bell, Williamson and Travis Counties.