So far this year, the Austin Police Department has reported 886 catalytic converter thefts. In 2019, there were only 27 thefts for the entire year. 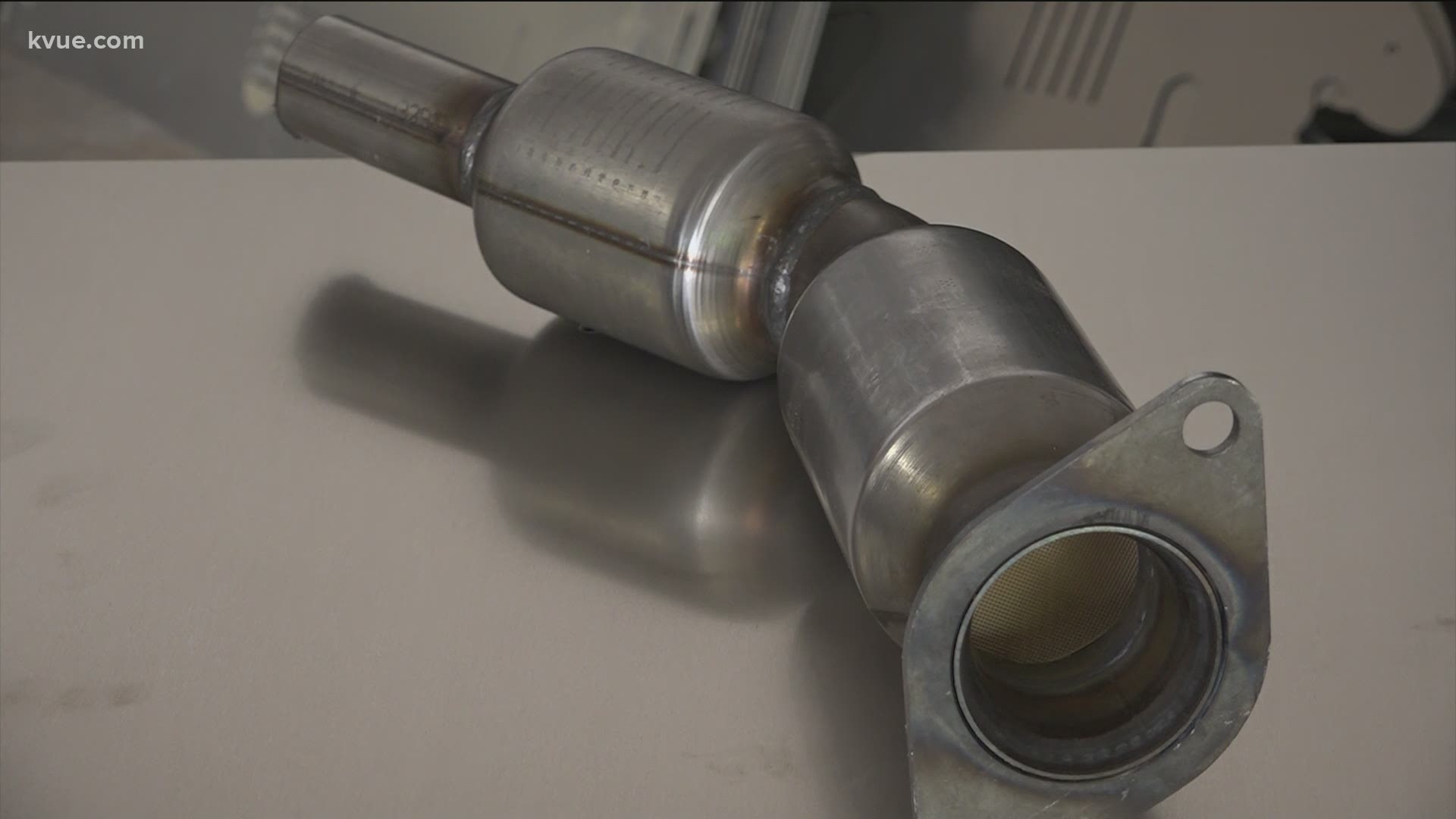 AUSTIN, Texas — Attention, drivers: Catalytic converter thefts are skyrocketing across the nation, and law enforcement is urging people to take preventative measures so they do not become the next victim.

The Austin Police Department has reported nearly 900 catalytic converter theft cases so far this year. In 2019, there were only 27 thefts for the entire year.

The problem is that thieves can remove the part from a car in less than five minutes, according to Michael Yost, the general manager of Muffin Muffler in Central Austin and an expert on catalytic converters.

A growing number of cities across Central Texas are seeing this alarming trend.

Here is a look at catalytic converter theft reports from police departments through May 2021:

While these numbers are drastically lower compared to Austin, they are still much higher than what these cities reported in all of 2019. That year, Pflugerville had one theft, Round Rock had two and Kyle had zero.

But Central Texas is not alone. Nationwide, this crime skyrocketed by 326% from 2019 to 2020, based on data from the National Insurance Crime Bureau.

Paul Henley runs Richard Lowe Refrigeration in North Austin. The business was recently hit by a string of thefts and Henley caught it all on camera.

The surveillance footage showed a man drive up, walk around a car and go under it with a flashlight. Within a matter of minutes, the thief and the catalytic converter were gone.

"There is nothing I can do about it. You feel helpless. It's expensive. You know, we aren't in a great position to have to absorb costs like that," Henley said.

Why is this car part so valuable?

Experts say it contains the precious metals palladium and rhodium. According to APD, those chemical elements have "increased substantially in value over the last five years and are now an attractive commodity for thieves to resell."

"With the restrictions on mining because of the pandemic and the lack of the metal's accessibility, the recycling of it has become more critical," Yost said.

Warning drivers: There is an alerting rise in catalytic converter thefts! Check out the difference nationwide between 2019-2020. I reached out to multiple police departments in Central Texas. Many have already had more thefts so far in 2021 compared to all of last year. pic.twitter.com/pMk8NS5iUr

However, there are preventative measures drivers can take to avoid this burden and keep money in their pockets.

A growing number of states across the country are also taking legislative actions to stop this crime.

Texas lawmakers just passed a bill that would increase the criminal penalty for anyone illegally selling catalytic converters. It is now waiting for the governor's signature.