Sierra Patino's body was left in the closet for days while her mom and boyfriend stayed in the apartment. 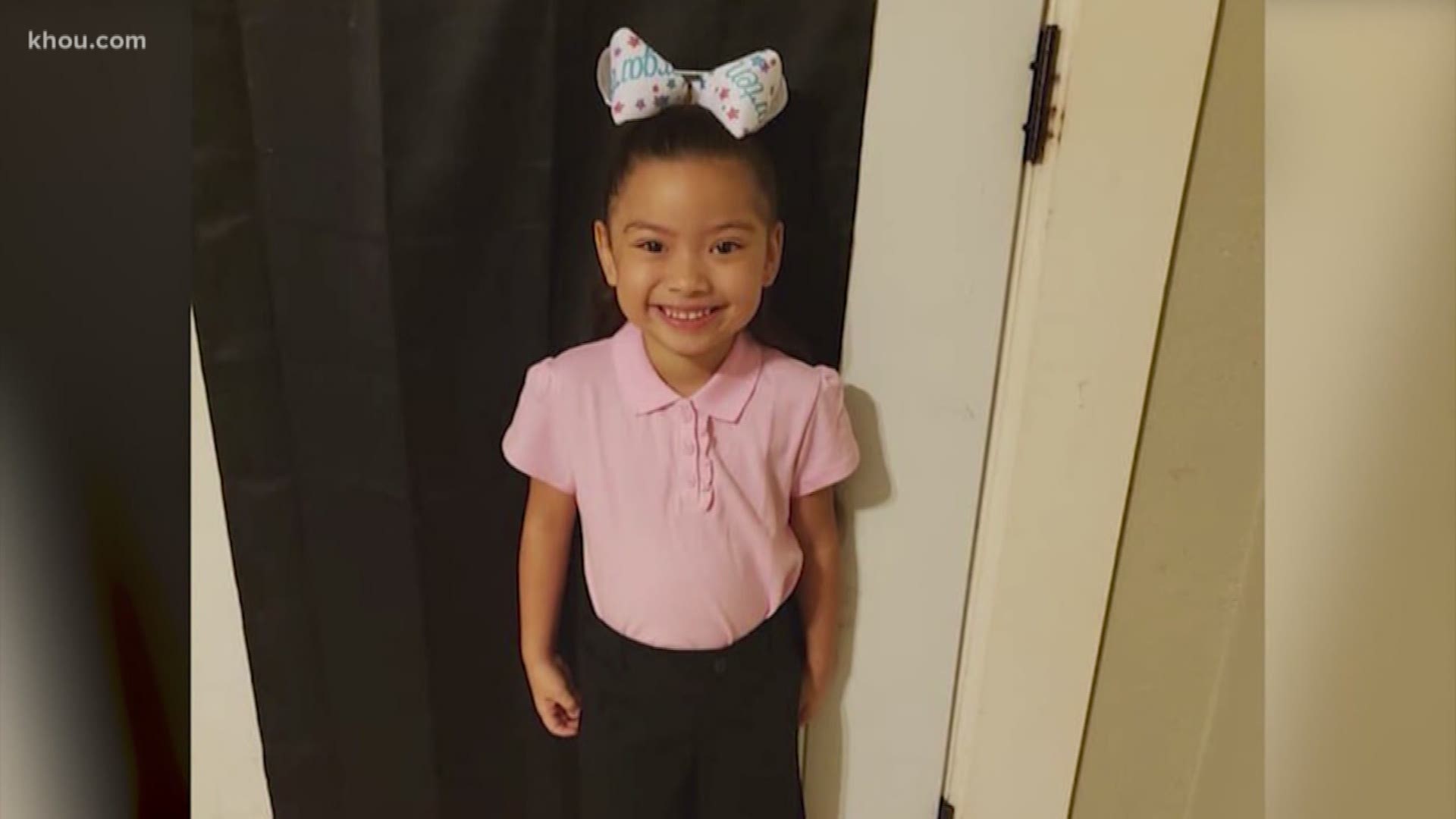 HOUSTON — Medical examiners announced Wednesday that they could not determine the cause of death of the little girl whose body was found in her family’s bedroom closet back in August.

Five-year-old Sierra Patino’s lifeless body was left in the closet for days while her mom and boyfriend stayed in the apartment. The two even took a trip to Galveston before calling the police, according to court records.

Her body was recovered by authorities six days after she died, according to police.

KHOU 11 requested a copy of the autopsy report but the request was denied.

Dr. Paul Radelat, M.D., has performed thousands of autopsies in his career and he says an 'undetermined' cause of death is a "failure."

“It’s an admission of failure to start with, because we’re supposed to know enough to find out what is the cause of death,” Radelat said. “I would say undetermined is not good. You don’t want to have a reputation of saying that too many times.”

The Harris County Institute of Forensic Sciences says it is “unable to determine a cause and manner of death,” but would not elaborate.

Dr. Radelat says he respects the work performed by the HCIFS and would not consider this to be the institute's normal determination.

Dr. Radelat says there are many non-visible causes of death, and as time passes prior to autopsy, vital clues can be lost.

Both Priscilla Torres, Sierra’s mom, and Santiago Esparza, the boyfriend, have been arrested and charged with tampering with a human corpse.

"It's very troubling, no matter how the child died, whether it's accidental or intentional death...for a body to be in the closet for several days, that's unthinkable," said Lt. Larry Crowson with Houston Police Department.

The Harris County Medical Examiner’s Office said the case is now in the hands of law enforcement.

Both suspects are still in jail.