The motive for the shooting is unknown at this time. 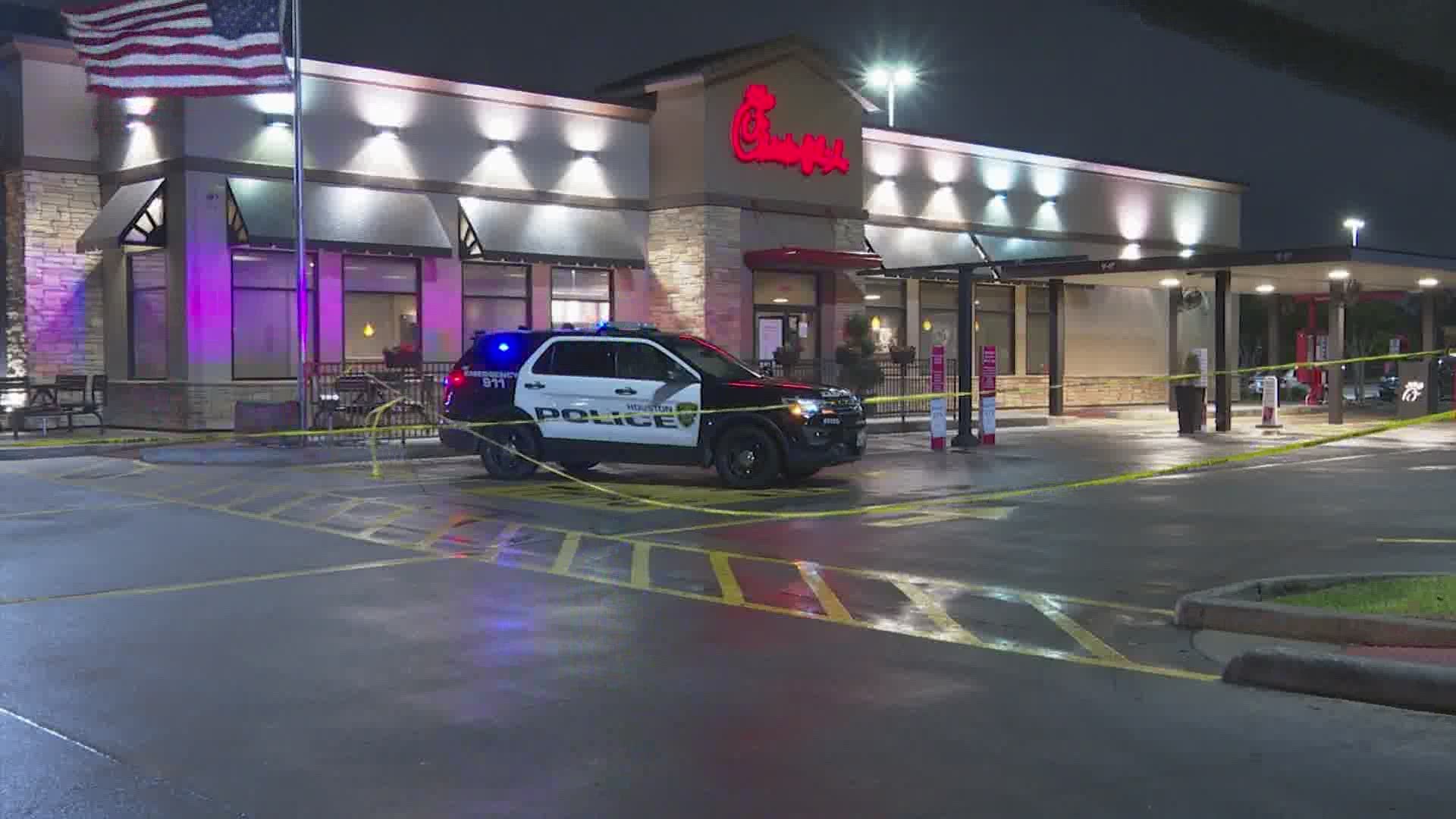 HOUSTON — Houston police are looking for the suspect who shot and killed a woman Friday night outside a Chick-Fil-A in west Houston.

According to police, the Chick-Fil-A manager heard gunshots, and when the manager walked outside to see what was going on they found a woman lying on the ground with a gunshot wound.

Police were called and arrived at the scene within minutes.

The injured woman was taken to a nearby hospital where she later died.

Police said they are talking to a person of interest, but at this time, the motive for the shooting is unknown.

Police said they are also looking for surveillance videos that can help them piece together what happened and identify a suspect.

Victim is deceased at the hospital. 202 pic.twitter.com/jkchNiSQhg

Check back for updates.