The driver of the other vehicle involved in the crash ran away from the scene before police arrived. 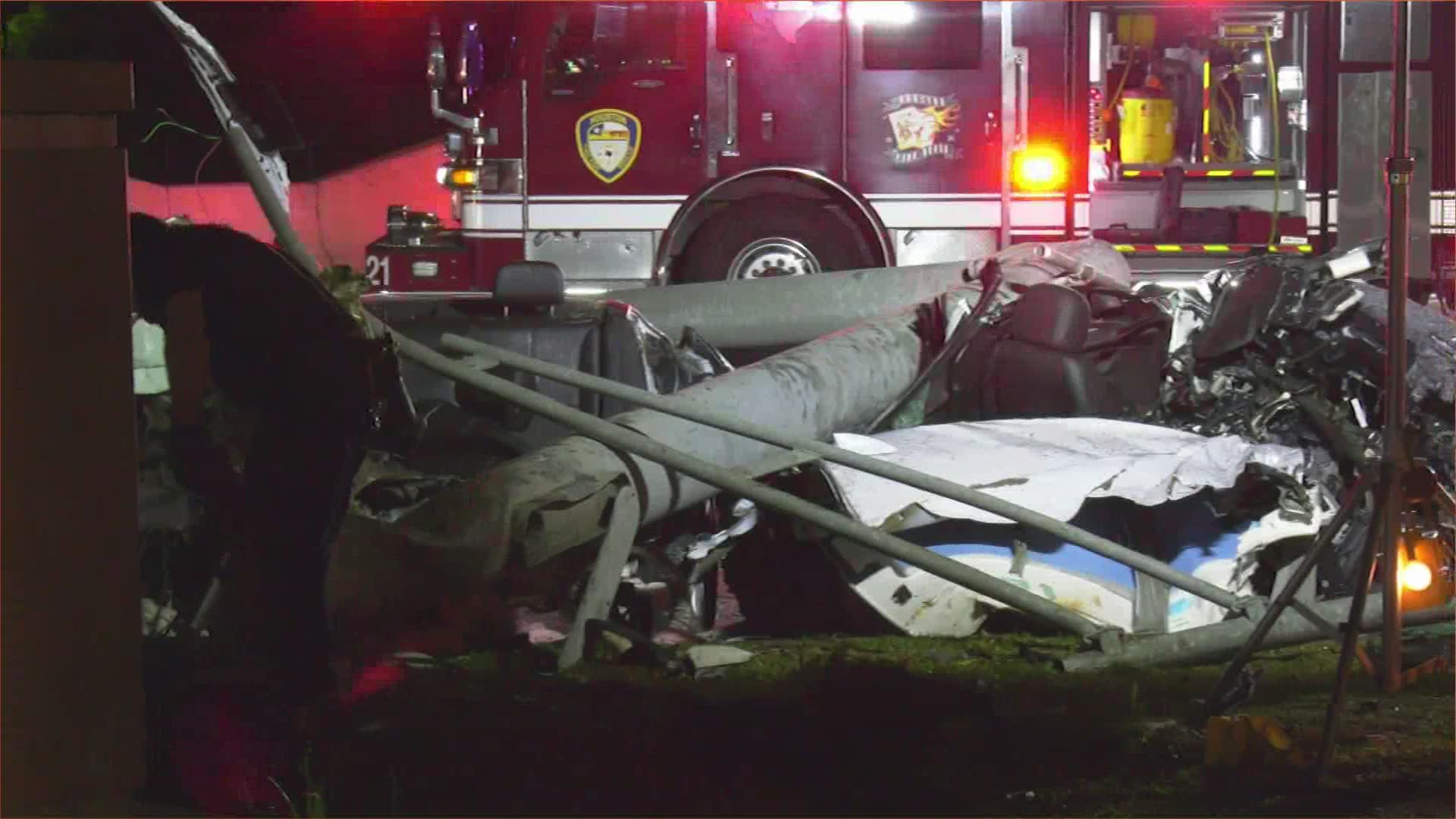 HOUSTON — Two people were sent to the hospital in critical condition early Saturday morning after a crash in southwest Houston.

The two-vehicle crash happened in front of HFD Fire Station 21, which is located in the 10500 block of Main Street.

According to the Houston Police Department, two vehicles were driving alongside each other on Main Street when the vehicles crashed into each other, causing one of them to spin out of control. That vehicle then crashed into a power pole and a HFD signal light.

Video from the scene showed the impact of the crash caused the vehicle to nearly split in half.

The crew inside the fire station heard the crash and immediately went to work to free the two passengers who were stuck inside the mangled vehicle.

Houston firefighters at work: Early this morning, crews from Stations 11, 21, 33, 59 and 82 extricated a seriously injured patient from vehicle wreckage in front of HFD Station 21 on South Main St. pic.twitter.com/fseLtNNcmb

Both passengers were taken to a nearby hospital in critical condition.

The driver of the other vehicle involved in the crash ran away from the scene before police arrived.

At this time, there is no description of that driver, but police are investigating in hopes they will identify the driver as soon as possible.

Police suspect speeding may have been a factor in this crash.

This is an ongoing investigation. Check back for updates.