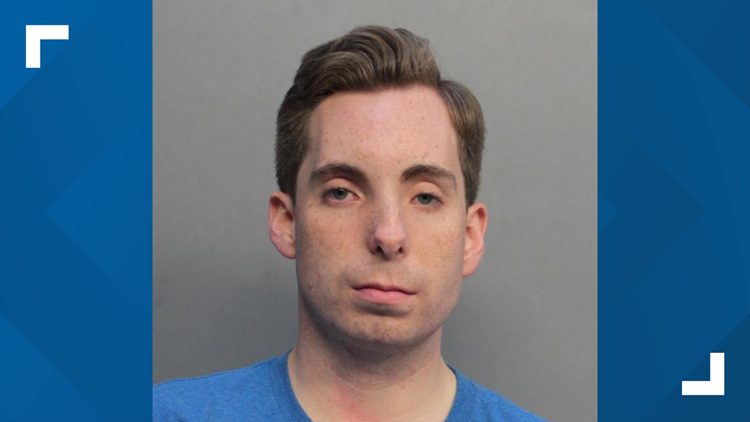 Photo by: Miami-Dade Police Department
Police say the child was fondled outside his clothing by Oliver Lovatt during an organized game in the Youth Lab aboard the Disney ship, Magic.

MIAMI, Florida — A Disney Youth Host accused of fondling a child onboard a Disney cruise ship back in April is schedule to go to trial in Miami later this month.

Oliver Lovatt, 24, was arrested in May on two counts of lewd and lascivious molestation of a child under age 12, according to the police report.

The report says the child was fondled outside his clothing by Lovatt during an organized game in the Youth Lab aboard the Disney ship, Magic. Later, during another game, Lovatt sat next to the child and reportedly moved his hand toward him. The child then covered himself "in fear [Lovatt] would fondle" him again, the police report states. Instead, Lovatt reportedly placed his hand over the child's hand and attempted to fondle him again.

Both incidents were captured on the ship's surveillance system.

Disney has issued a statement: "We have zero tolerance for this type of unacceptable behavior. When we became aware of the allegation, it was reported to law enforcement and the crew member was removed for duty permanently."

"We hope if there are any other victims out there, that they contact our office," the office said in a statement to the paper Friday.

According to the arrest report, Lovatt is from England, but he has a residence in Orlando. He is now being held at the Miami-Dade jail without bond. Lovatt's trial is set to begin Oct. 28.