With the help of Homeland security and other police agencies, McLennan County Sheriff's Office Human Trafficking Unit arrested 15 men for paying for sex. 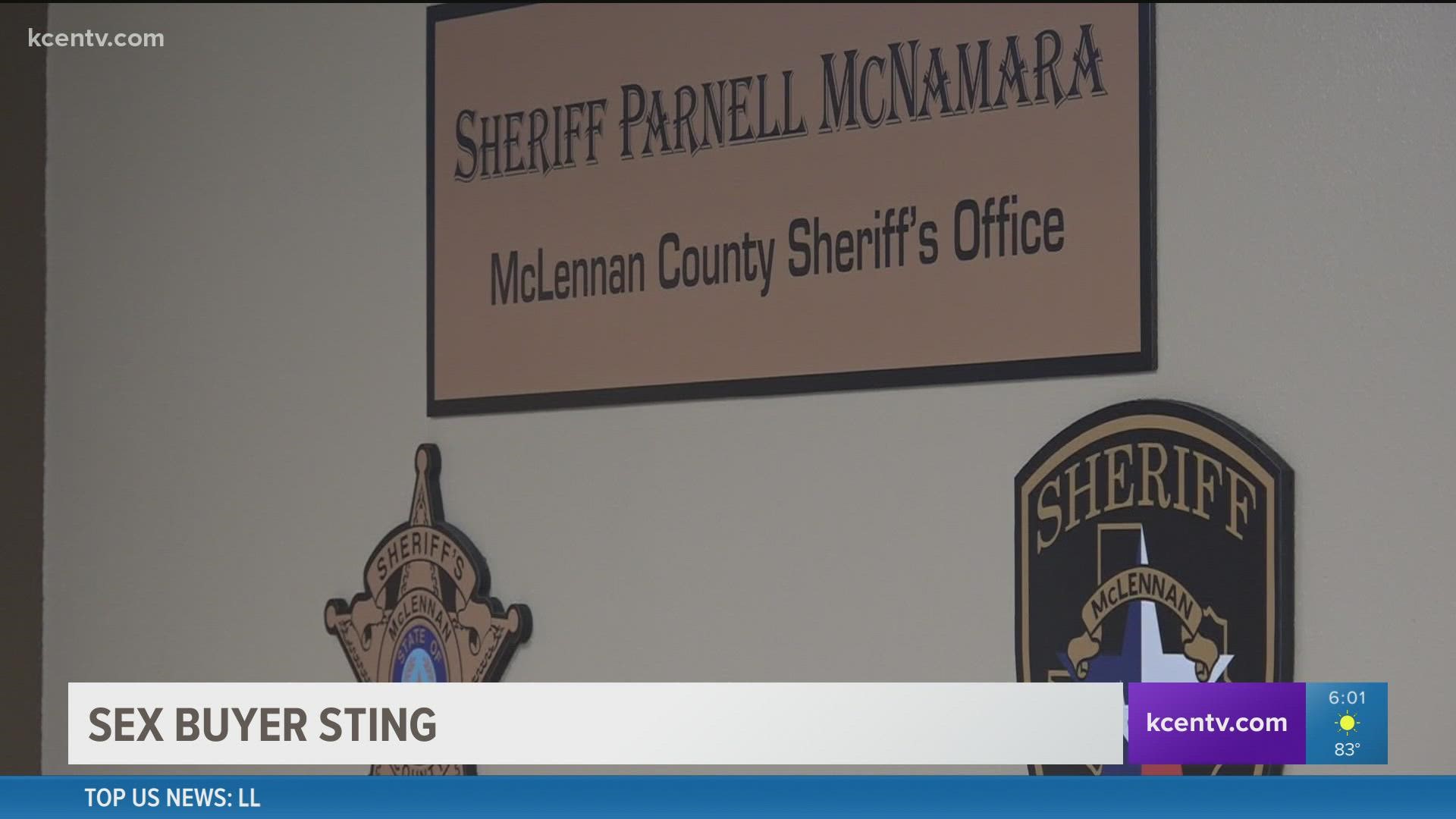 Out of those men, 12 are local, the sheriff's office said in a news release.

Out of some of the arrests, there were repeat offenders.

"Fifteen people in five days says a whole lot," McLennan County Sheriff Parnell McNamara said. "Working in those computers, being out there late at night, over and over and over again."

Between Oct. 4 and Oct. 8, the McLennan County Sheriff's Office Human Trafficking Unit conducted a sex buyer suppression operation and discovered the men were trying to pay for sex, the sheriff's office said.

The Office of the Governor and Texas DPS, along with other police agencies, provided additional information to multiple jurisdictions throughout the state, the sheriff's office said.

Using the digital tool to find those committing the crime, detectives busted those accused online. A tactic that the commander of the McLennan County Sheriff's Office Human Trafficking Unit Joseph Scaramucci says is easier than in person stings.

"The online footprint is tremendous using open source, just social media, you know, all that we can pretty easily identify these guys," he explained.

Mugshots and sting operations have been making headlines more and more often, especially here in Central Texas but McNamara and Scaramucci say there is good reason for that.

The crimes and charges seem common, but that's because of the work the Human Trafficking Unit.

"Part of the thing is, is it's not that they're here more than they're anywhere else, it's that we very aggressively target them," Scaramucci said.

But, they wouldn't be able to make major crackdowns like this if there weren't a lot of people committing the crime.

"You combine those two things: the number of people that are trying to buy sex, plus our guys out there on the front line that are keeping the heat turned up in the hammer down on these creeps -- That's where we're getting these numbers," McNamara said.

These men are now facing felony charges, Texas became the first state in the country to make soliciting prostitution a state jail felony back in September.