Prosecutor Tom Durden also alluded to unspecified 'new developments' in the case in a news conference on Friday. 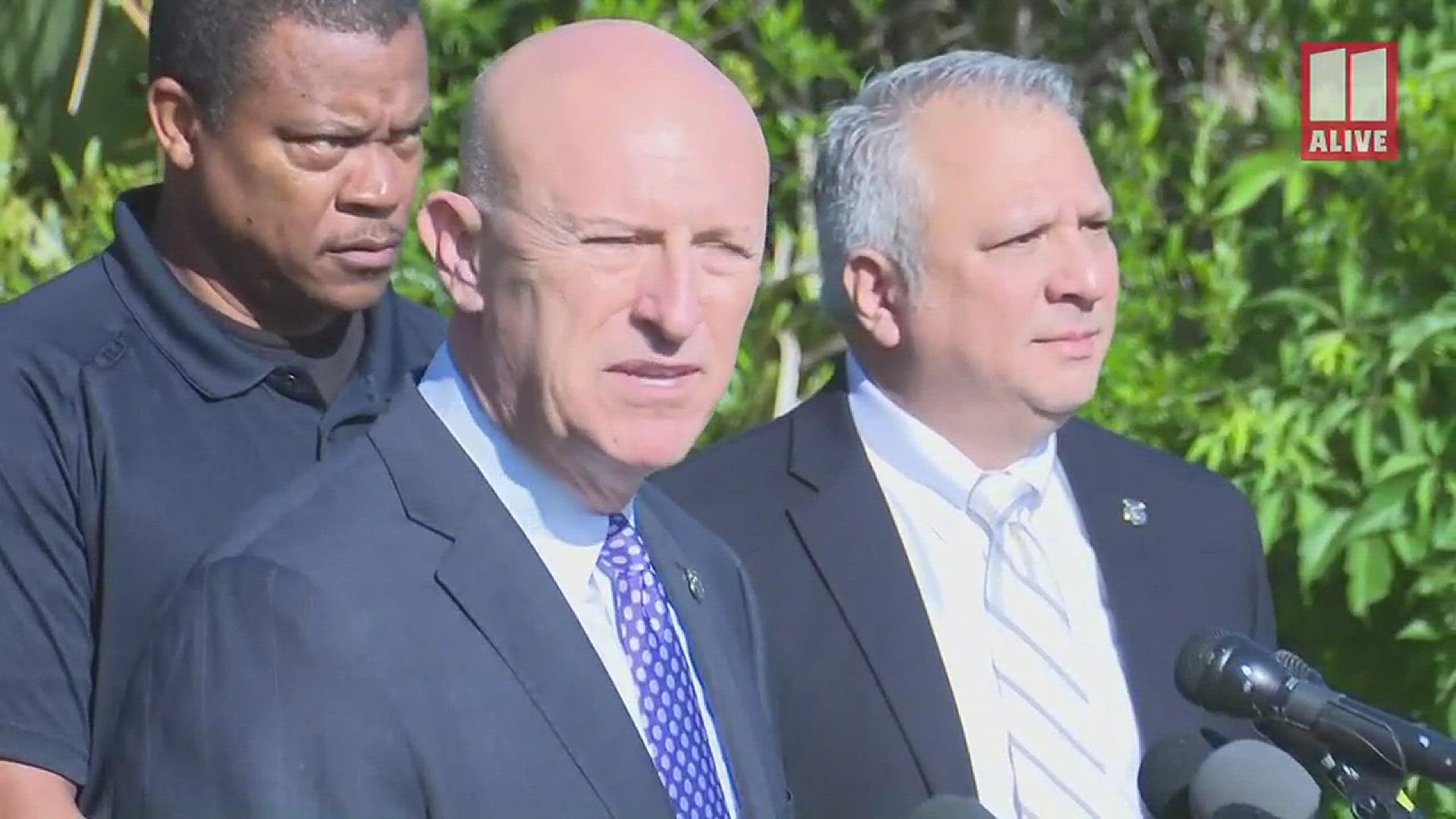 ATLANTA — Providing the public Friday with an outline of his agency's work on the Ahmaud Arbery murder case, GBI Director Vic Reynolds said he was "very comfortable telling you there's more than sufficient probable cause in this case for felony murder."

Durden alluded to "new developments" in the case that have emerged this week, as it became a national flashpoint following the leak of a video of the February killing of Arbery, a black man, by two white men while he was jogging in Brunswick.

Those men, Gregory McMichael and his son Travis McMichael, were arrested Thursday night and charged with murder and aggravated assault.

The McMichaels claim they were making a citizen's arrest, believing Arbery had committed robberies in their Brunswick, Ga. neighborhood, when they accosted him on his jog. The son, Travis McMichael, shot and killed Arbery in a struggle that was recorded in the video.

The killing has generated widespread condemnation not just because of its circumstances - an unarmed black man killed while jogging by two white men who, activists say, were acting as vigilantes - but because there were no arrests or charges in the case for more than two months. Arbery was killed on Feb. 23.

Civil rights activists and groups like the NAACP have said the McMichaels avoided accountability because of the father's connections to law enforcement and the justice system. Gregory McMichael is a former Glynn County Police officer and investigator in the Brunswick DA's office.

The GBI was requested by Glynn County Police and Durden to investigate the case on Tuesday. After that, Reynolds said, agents worked quickly to examine the evidence and make the arrests.

Reynolds said more arrests were possible as a general matter. Addressing the circumstances of a third person - who was following Arbery in a car and took the video - involved in the case, the GBI director said the agency was "investigating the individual who shot the video, yes."

"We've been asked to conduct a murder investigation and that's what we're conducting," Reynolds said.

Durden, meanwhile, said "there were some new developments I can't go into at this time" that affected how the case developed this week.

Durden is based an hour away from Brunswick in Hinesville, and handling the case because two other district attorneys - including Brunswick Judicial Circuit DA Jackie Johnson, who oversees the office that once employed Gregory McMichael - have recused themselves over conflicts of interest.

He said he received the case on April 14. Speaking about why the GBI was called in and arrests were made three weeks later, he said: "We have made the decision based on what we feel like is the applicable law and our interpretation of the evidence that has been uncovered here."