The online threat, which has since been taken down, allegedly threatened violence against anyone protesting against the suspects in the death of Arbery. 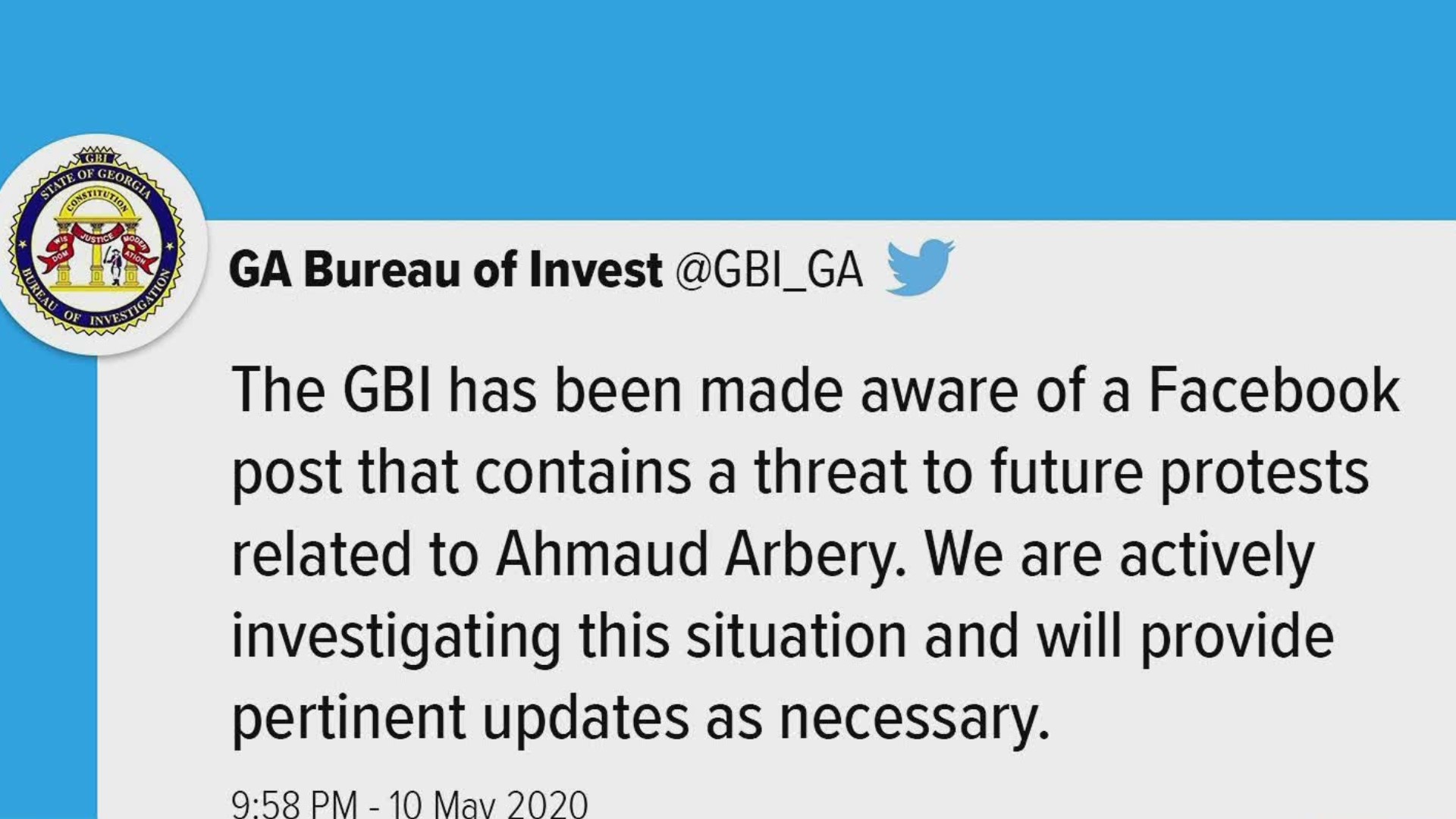 BRUNSWICK, Ga. — The Georgia Bureau of Investigation said in a tweet on Sunday morning that they are investigating a social media threat against "future protests related to Ahmaud Arbery."

The online threat, which has since been taken down, allegedly threatened violence against anyone protesting against the suspects in the death of Arbery.

Arbery was shot and killed during a confrontation while he was jogging on a street in Glynn County on Feb. 23.

The incident has been seen on video across the nation after its release on social media by a local attorney who said he wanted to show the public exactly what happened that day.

Prosecutors from two separate district attorneys recused themselves from the case before a third one, from Hinesville was assigned by Georgia Attorney General Christopher Carr to review the case.

When the case was assigned to Waycross Judicial Circuit DA George Barnhill, he, too, citing a potential connection to the case, recused himself.

But before he did, he submitted a three-page letter to the Glynn County Police Department detailing why, in his professional opinion, he thought there was insufficient probable cause to issue arrest warrants in the case.

The third special prosecutor in the case, Tom Durden, requested a separate investigation by the Georgia Bureau of Investigation.

That investigation led to the arrest of both the elder and younger of the McMichaels on Thursday, May 7 on charges of felony murder and aggravated assault.

The two men remain in custody without bail following a first appearance on Friday.