The governor took a moment to address the case of Ahmaud Arbery before giving an update on the state's fight against the coronavirus. 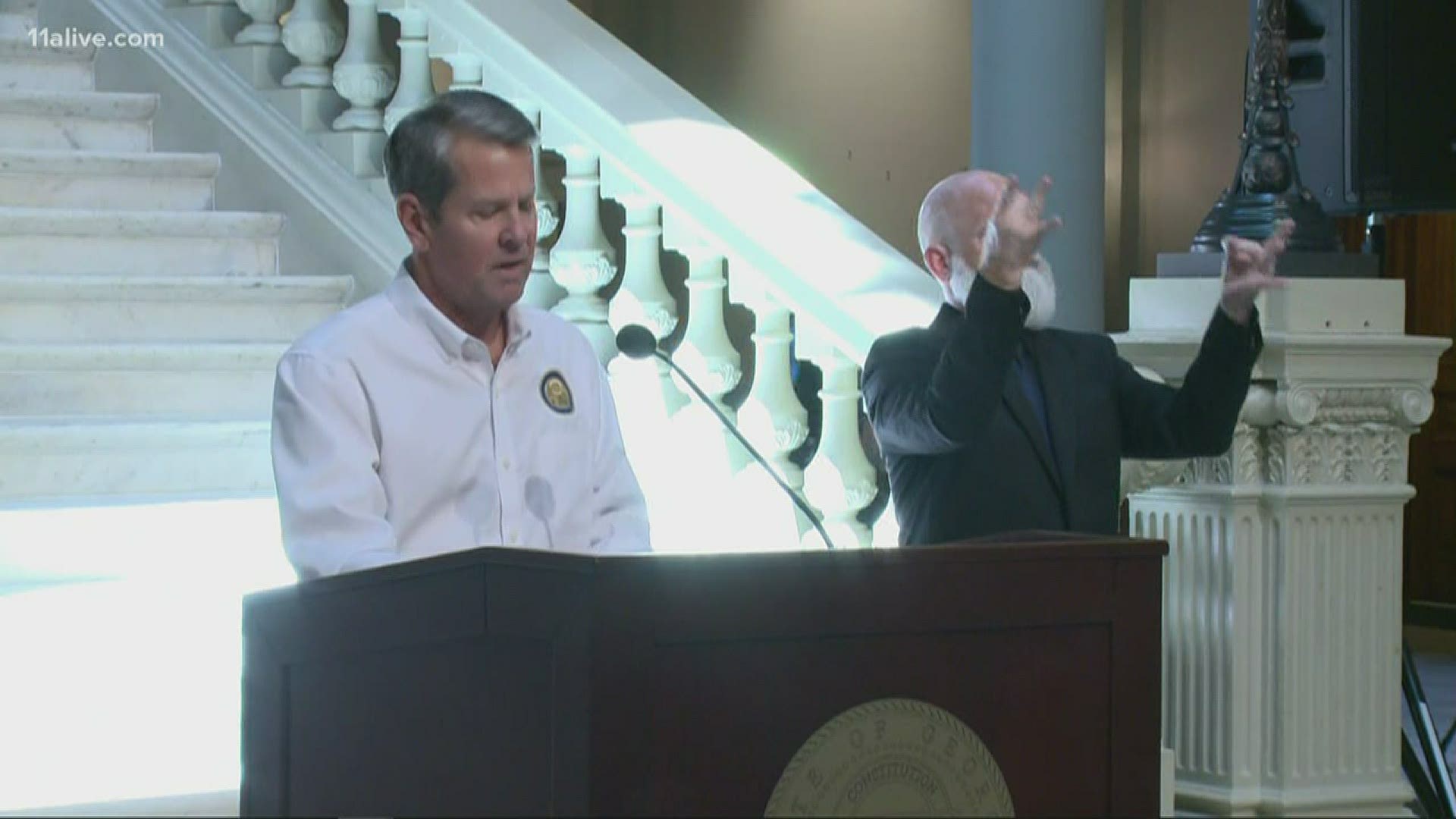 ATLANTA — Video of a man shot to death by two armed men while jogging in a south Georgia neighborhood is eliciting emotional reactions, including from the state's governor, who didn't mince words about what the thought of the shooting.

"I can tell you that it's absolutely horrific," said Gov. Brian Kemp.

The governor took a moment to address the case of Ahmaud Arbery before giving an update on the state's fight against the coronavirus.

When asked, Kemp said he wouldn't comment on the case, because the investigation is ongoing, but he voiced "full confidence" in the Georgia Bureau of Investigation and the agents working the case.

The GBI said it is now investigating the case, after being formally requested to by the Special Prosecutor in charge, District Attorney Tom Durden from the Atlantic Judicial Circuit. Durden was appointed to the case after the two District Attorneys closest to the case in Brunswick recused themselves over possible conflicts of interest.

RELATED: What we know about the legal status of the Ahmaud Arbery case

"Thankfully that district attorney has agreed to allow us to help and do an independent investigation," Kemp said. "I have no doubt it will be fair and they will work very quickly and very thoroughly and will go wherever the truth takes them."

Wednesday night, GBI Director Vic Reynolds promised the agents working the case would do so, imploring the public to be patient while the investigation is conducted.

While the District Attorney in charge of the case has recommended it go before a grand jury, so far, the two men suspected of shooting Arbery have not been arrested.

Meanwhile, Kemp asked people everywhere to continue to pray for Arbery's loved ones, the local community and the rest of the state.