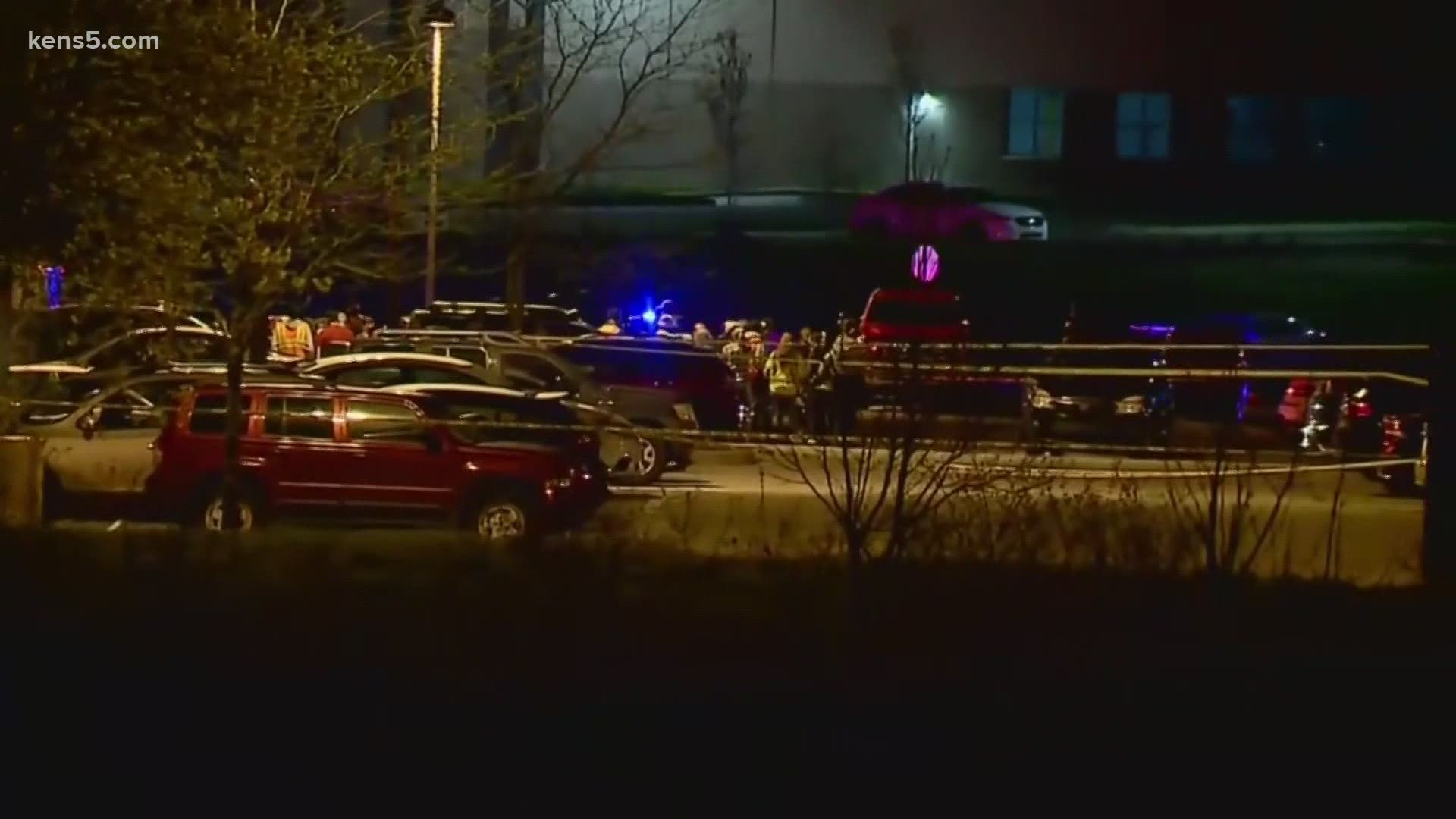 Indianapolis Metropolitan Police Department said they responded to an active shooter incident after 11 p.m. Thursday night at the FedEx Ground facility at 8951 Mirabel Rd. just south of I-70 near Ameriplex Parkway and across the interstate from the Indianapolis International Airport.

Police said eight people were killed in the mass shooting and five victims with gunshot wounds were transported to several area hospitals for treatment. Two other victims were treated by medics at the scene and released.

Body camera footage of a Chicago police officer fatally shooting a 13-year-old boy last month shows the officer yelling “Drop it!” at the teen right before he opens fire.

A still frame taken from the jumpy nighttime footage appears to show that Adam Toledo wasn't holding anything and had his hands up, or partially up, when the officer shot him in the chest. Police say the teen had a handgun on him that morning, and the bodycam footage shows the officer shining a light on a handgun on the ground near Toledo after he shot him.

Route 77 Food Park opened to the public during the pandemic. They were set to open in April but set the date back to September.

"Opening up in September was very different, very interesting for everyone and seeing it kind of start off a little small and how it's grown," said Mary Benjamin, the bar and operations manager.

Benjamin also mentioned how it's great to see David Mercer's, the owner, vision of a safe family place come to life.

Killeen gospel singer Jokia ascended to the top of a Billboard chart this week with her latest single "Yahweh."

The 22-year-old's song reached No. 1 on the Gospel National Airplay chart after being on the charts for 37 weeks, she announced on Facebook April 12.

"Seeing 'Yahweh' at No. 1 is just one of the many small reminders that God is with me," Jokia told Billboard. "Being an independent artist is not easy, but my hope is that this inspires others to keep going and trust God for His process."

If you're a Wacoan, chances are, you're a huge Chip and Joanna Gaines fan. If only you can get paid watching their show "Fixer Upper."

Turns out, you can!

The website, ReviewHomeWarranties, is offering to pay someone a $1,000 to watch at least 10 episodes of three different home improvement shows.