'They just kept threatening to kill my children': Gunmen rob family in home near West University

A man said he was tied up and his pregnant wife was held at gunpoint while robbers threatened to kill his children during a home invasion on the edge of West U. 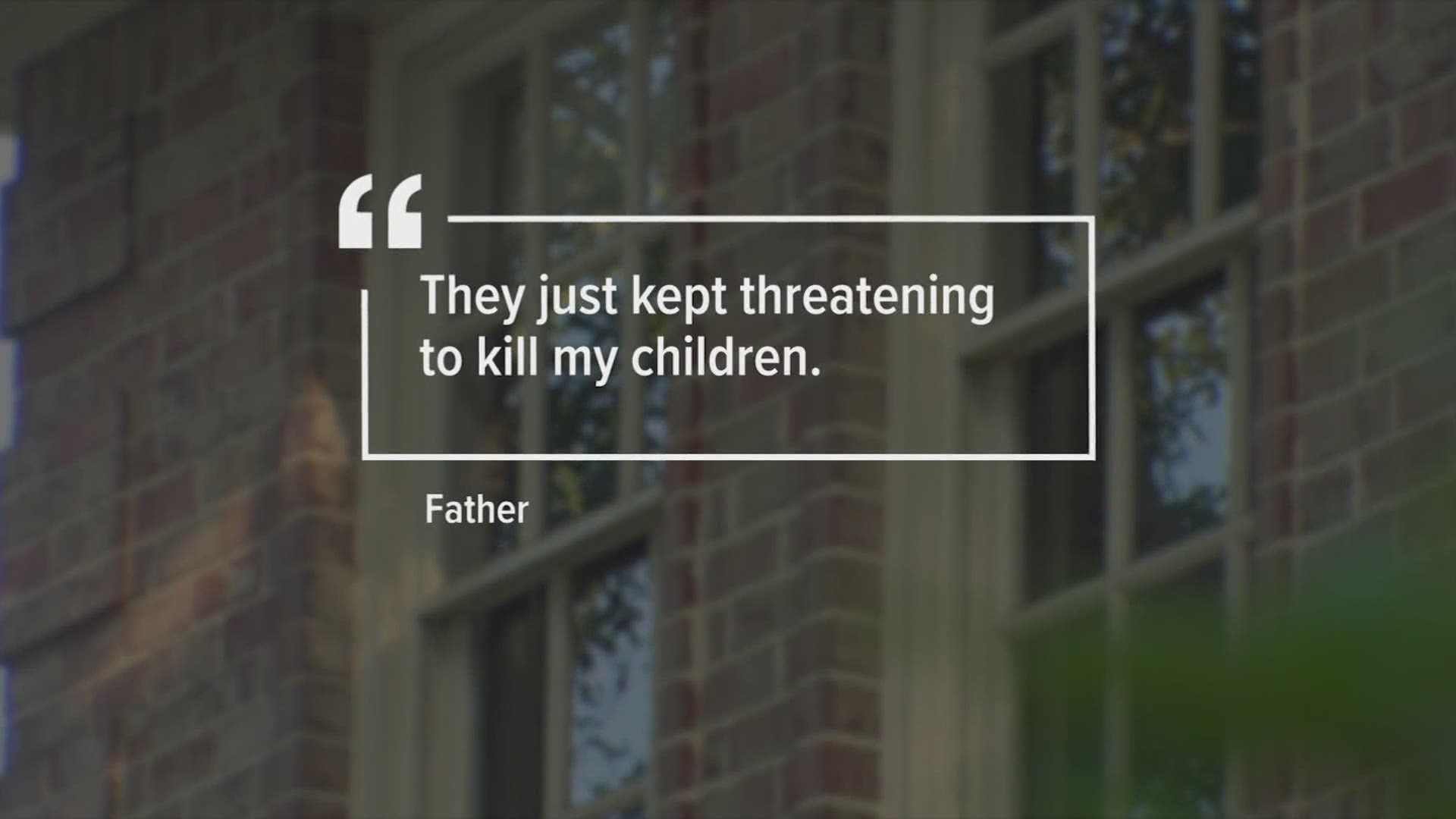 HOUSTON — Houston police are looking for three men who broke into a family's home on Saturday night. They were armed with guns and demanded jewelry. It happened just before 11 p.m. on Law Street, in Southwest Houston, and on the edge of West University Place city limits.

“They just kept threatening to kill my children," the victim said.

He asked not to be identified out of concern for his family's safety.

“In this area, you wouldn’t think something like this would happen, everybody looks out for each other," he said.

His two young children watched the robbery unfold. He told KHOU11 he buys and sells watches as a hobby and the intruders knew him by name. He said the robbers tried to tie him up and his wife, who is nine months pregnant, was held at gunpoint. The suspects demanded that she take them to the watches in the family's safe.

The neighborhood is unique in that one side is protected by West University Police and the other side is under the protection of the Houston Police Department. It was HPD that responded. Investigators said there's only a vague description of the suspects, who they believe drove in two vehicles.

“It’s kinda scary. It takes you off guard," neighbor Michael Bates said. “You think you are safe and something like this happens.”

Neighbors are now keeping a closer eye on security and hoping the police will catch the suspects before they target someone else.

“I’d like to know more detail to see if there’s anything we can do to prevent that from happening anywhere else in the neighborhood again," Bates said.

KHOU11 has reported on other armed robberies targeting watches in the last month. Specifically, one in Tanglewood where the victim was shot in the face and investigators believe he was followed from a restaurant. We asked Houston police if there’s a connection between the crimes, but we’re still waiting to hear back.