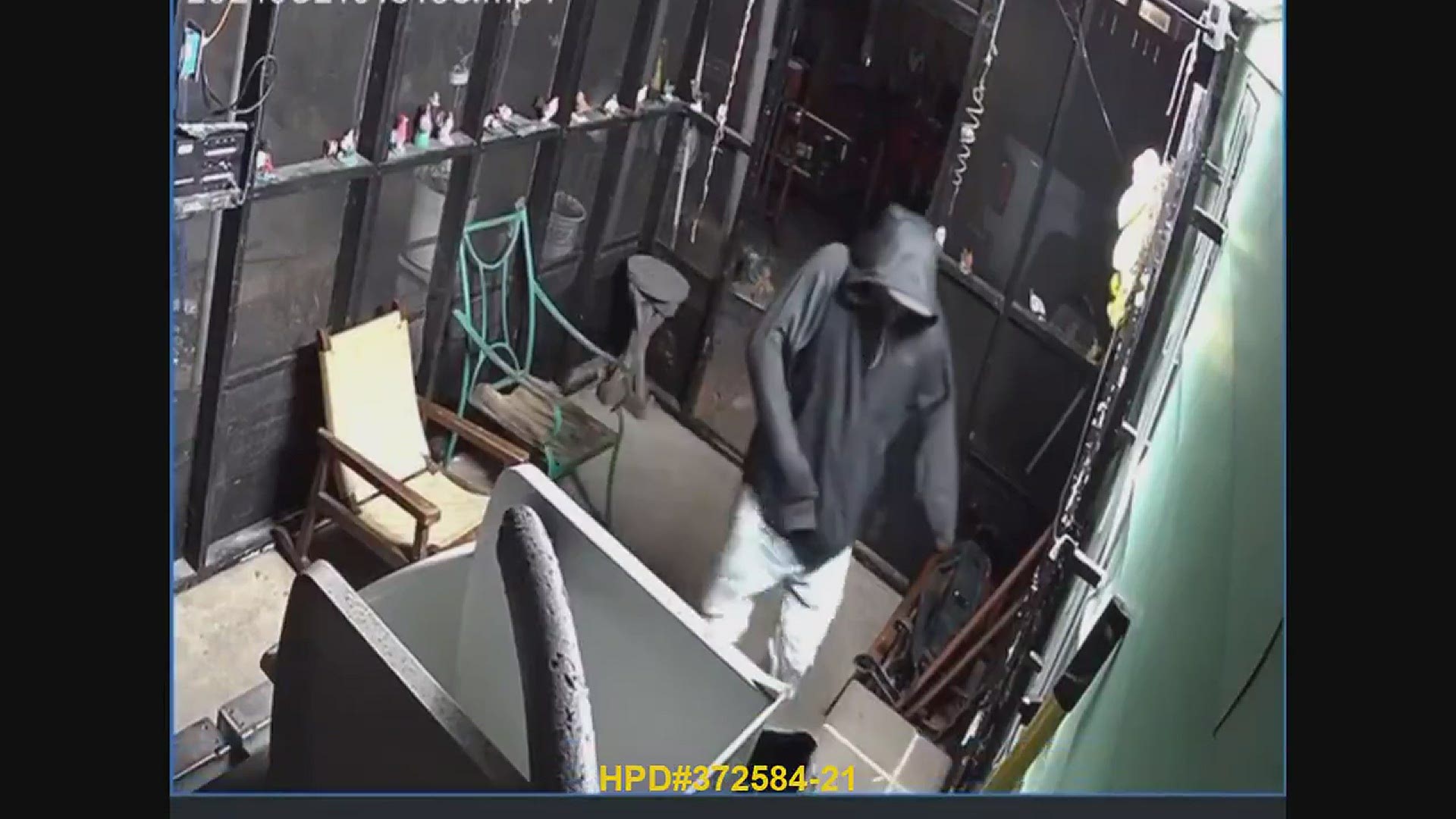 HOUSTON — Houston police hope new surveillance video will help with identifying three suspects who they said broke into a home in Houston's Greater Heights and held residents at gunpoint while they stole their belongings.

It happened on March 20 just before midnight at a home in the 400 block of E. 26th Street.

Watch the full surveillance video released by HPD below:

The suspects then started searching the house and stole the residents' valuables and weapons, police said.

They were seen on video running out of the house with several things in their hand before they all got into a black Ford Fusion.

The suspects are described as:

If you have any information that can help police identify these suspects, please call Crime Stoppers at 713-222-8477. Crime Stoppers may pay up to $5,000 for information leading to the charging and/or arrest of any suspects in this case. You can also submit tips online at www.crime-stoppers.org or through the Crime Stoppers mobile app.

Identity of suspects sought in an aggravated robbery (home invasion) that occurred on March 20 at the 400 block of E. 26th Street. If you recognize them, please call @CrimeStopHOU 713-222-TIPS w/info. See this story and more at https://t.co/eJba69OurX @houstonpolice #hounews pic.twitter.com/UIj5iLun7W