HPD: Man broke into Midtown bar, stole liquor, hid on roof of home, fell off and hurt his ankle

Officers responded to the 3000 block of Bagby early Tuesday and made an arrest shortly after. 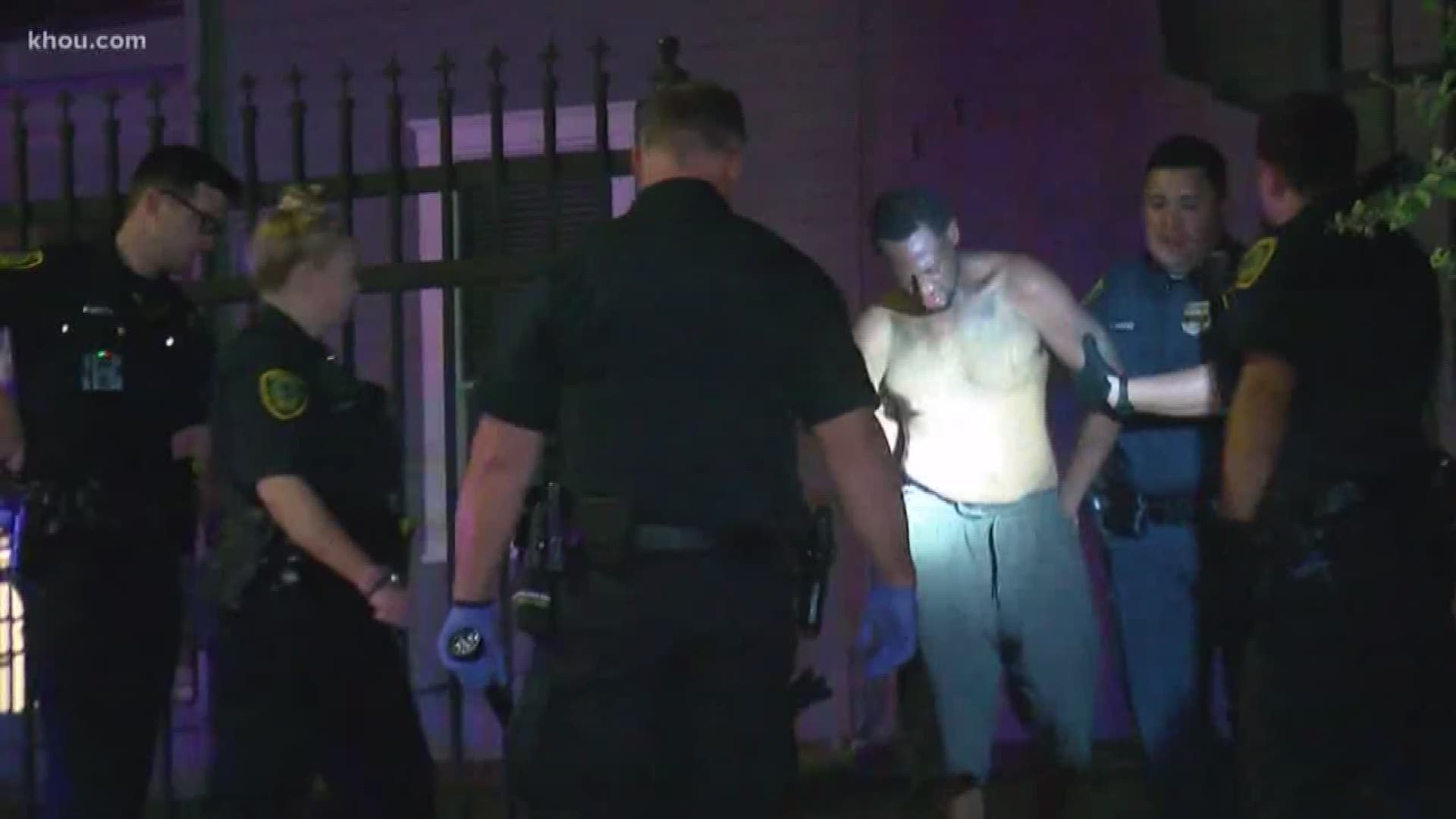 HOUSTON — A Midtown bar owner called 911 when he saw a suspected burglar walking around inside his business early Tuesday, police said.

The Houston Police Department responded to the 3000 block of Bagby at about 1 a.m.

According to HPD, the first sergeant on the scene saw a male suspect fleeing with bottles of alcohol in his hands. He then jumped a fence in the back.

Officers set up a perimeter and eventually found the suspect hiding on the roof of a nearby three-story home.

Police said the suspect attempted to get down and fell off the roof, about one story, injuring his ankle. He was looked over by paramedics and taken into custody.