Houston police said two vehicles were racing on the north Freeway and weaving in and out of traffic when they caused the wreck. 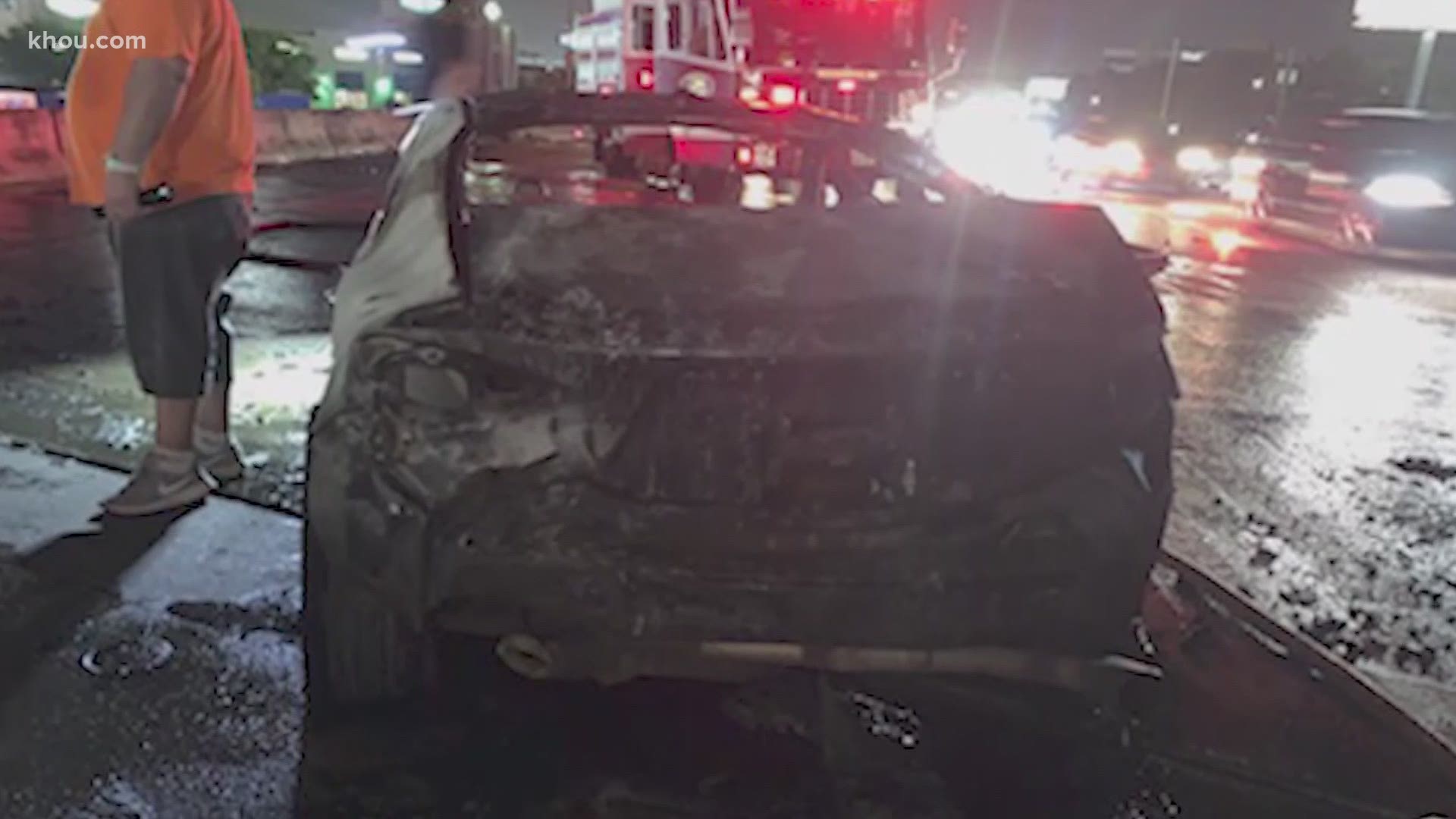 HOUSTON — Three people, including an infant, were transported to a hospital after their truck flew off a North Freeway and landed upside-down Thursday night.

Houston police said street racers are responsible for causing the crash as other motorists attempted to avoid them as they weaved in and out of traffic.

Luckily, good Samaritans jumped to action and were able to pull a man and an infant from the vehicle. A woman trapped inside had to be extricated by Houston firefighters.

This happened around 10:30 p.m. in the northbound lanes on the Little York overpass.

Houston police said officers and firefighters responded at that time and found one truck below the overpass on Little York and two other vehicles on the North Freeway main lanes. One of those vehicles was on fire.

"I ran and there was a baby and I got the baby out," one of the good Samaritans said.

All three were transported to a nearby trauma center, police said. The woman suffered head injuries, while her husband and the infant were taken for evaluation.

The truck and the two other vehicles banged into each other before it flew off the overpass.

“These street racers are just chaos,” HPD Lt. Barrow, with the Vehicular Crimes Division said. “They are brainless and have no concept of the destruction, the problems they are causing in our community. People could have been killed here today. So whoever those people are, you ought to think about what you just did tonight. Cause this is a horrible scene that could have been a lot, lot worse.”

Lt. Barrow commended the actions of the good Samaritans who stopped and rendered aid.

“Tip of the hat to them,” Lt. Barrow said. “We need people like that. Total opposite of who these street racers are.”

HPD is asking for any information about the racing vehicles from the public.