IMPD makes arrests in officer-involved shooting on east side INDIANAPOLIS — IMPD is releasing details on a shooting on the east side where an officer fired his gun. The department said it has arrested two people, ages 18 and 19.

Officers believe the shooting began after an issue over the sale of a vehicle.

According to police, the two groups involved ended up stopped near East 30th Street and Shadeland Avenue around 1 p.m. Thursday. IMPD said an officer was sitting at the same light with the two trucks in front of him. One truck was described as a blue pickup, possibly a Dodge Ram. The other was a green and silver Chevy.

Officer Michael Sojka said the men in the trucks got out and began shooting at each other.  Sojka got out of his car and fired at one of the suspects that had a rifle. Two people were shot, including a 44-year-old man and a 19-year-old man. It is not yet clear if the suspects were injured by bullets fired at each other or by the officer.

"This is an area of concern and high violence area for our police department and so they were in this area, doing exactly what we want them to do," said Assistant Chief Chris Bailey, IMPD.

Sojka, who was undercover at the time, then chased after one of the trucks but lost sight of it around East 30th Street and North Routiers Avenue.

Minutes later, police were called to another scene about a mile away at 6695 E. 34th St., where one of the trucks had stopped. 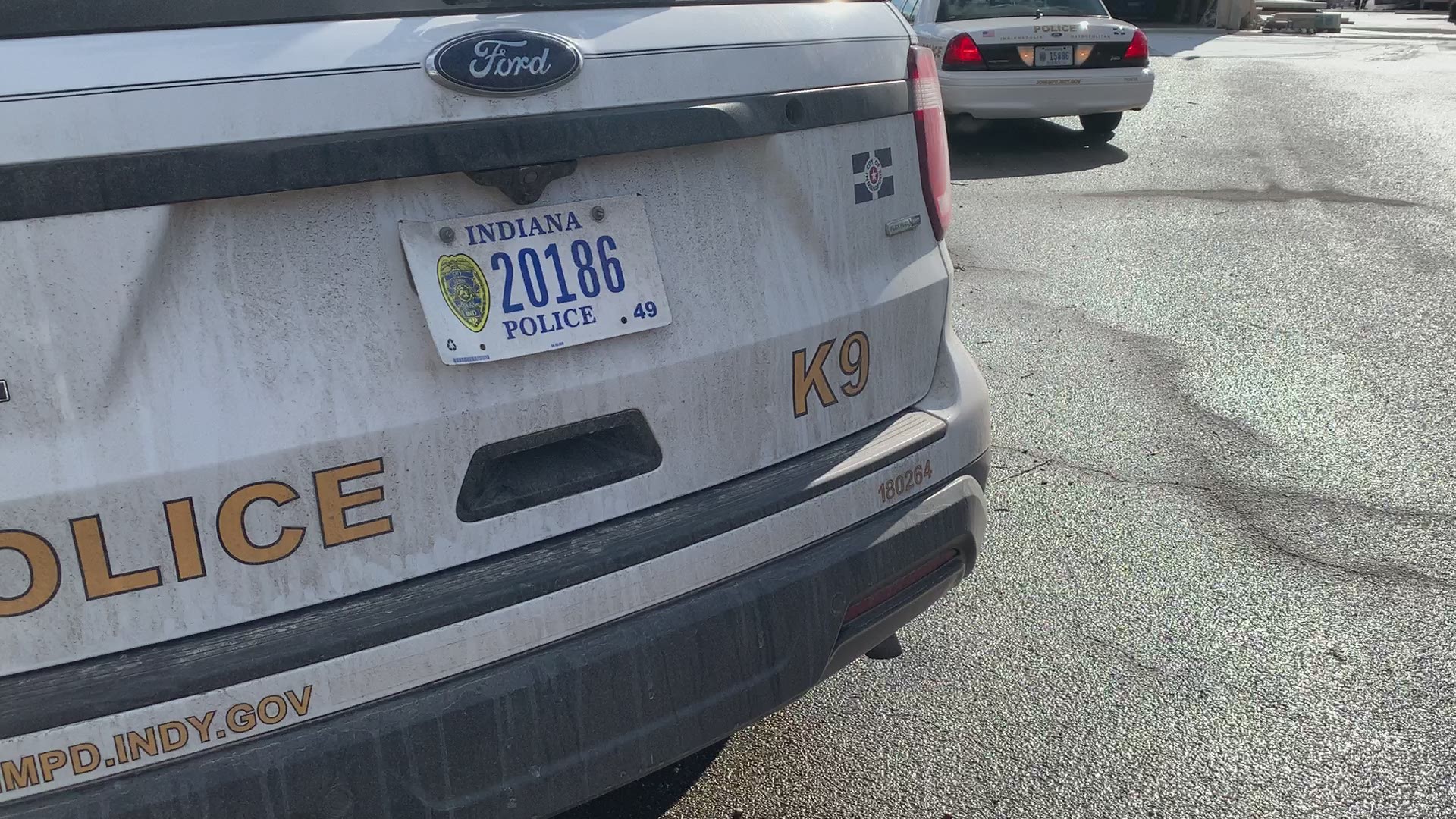 Investigators said it was the truck with the 44-year-old victim. He had multiple gunshot wounds and had to be taken to the hospital. The other person in the car wasn't injured. Officers recovered a gun from the truck, which had crashed and caught fire.

At 1:13 p.m., IMPD officers were called to Community East Hospital, where the 19-year-old who had been shot was taken. Hospital security detained a person with the 19-year-old and two guns were recovered by IMPD outside the hospital's emergency entrance. The people arrested were 19-year-old Markeese Madison and 18-year-old Darius Lee Jackson.

Credit: IMPD
Two firearms were recovered outside the emergency entrance of Community East Hospital after an officer-involved shooting miles away.

Police are interviewing witnesses and are not aware of any other vehicles or people being injured in the shooting. They are working to collect surveillance video from nearby businesses.

The officer was in an undercover police vehicle and there is no dash cam or bodycam video. He has been placed on administrative leave while internal affairs investigates the shooting. A civilian-majority Use of Force Review Board will review his using his gun.

Anyone with information on the shooting is asked to call Crime Stoppers at 317-262-TIPS.