Children are in CPS custody as investigation continues

BEAUMONT, Texas — The Texas Department of Family and Protective Services confirms that four children have been removed from the home of the mother seen in a viral video hitting one of her sons with a belt at school.

A fifth child, who is a year-old, and currently staying in Houston will also be taken into the custody of Family and Protective Services according to a spokesperson for the agency.

DFPS and BISD police have been investigating the incident at Homer Drive Elementary School.

The video posted on YouTube, Facebook and Twitter has since been removed from all three sites but not before more than a million people watched it.

12News viewed the video before it was removed. We have chosen not to post the video to protect the child.

The video shows a mom on the school's campus clearly looking for her son. She locates him in the cafeteria and is seen pulling him by the collar to a courtyard outside.

The video shows her hitting the boy with a belt several times. Through tears, the boy is forced to apologize to a woman who appears to be his teacher as he is hit with the belt.

The woman is seen cursing at the boy and using the n-word multiple times.

The woman and her friend are both seen in the video wearing school visitor badges. It's unclear who is recording the incident.

Jefferson County District Attorney Bob Wortham tells 12News that there were no marks on the child. He says the language heard in the video was "unacceptable" and that his office is looking into exactly what they can do.

"As the district was made aware of the situation, administrators contacted the appropriate enforcement agencies and the matter is under investigation," BISD spokesperson Hannah Letulle told 12News in an email.

Homer Drive Elementary principal Dr. Belinda Richardson-George posted on Facebook Wednesday night saying, "We do not condone this type of behavior from our parents, teachers, and/or scholars. This matter is under investigation."

The state will hold a hearing in 14 days to decide whether the mom should re-gain custody. If they are removed, a status hearing will be held to allow the children's parents a chance to make their case in court.

12News asked a Beaumont ISD spokesperson a series of questions. These questions are listed, with BISD's responses.

Are you able to say when the video was taken?

Is it normal for parent visitor's to have access to a child upon entering the school? Must parents be accompanied by someone?

Are there security guards present on campus?

What is the district's policy for intervening when it comes to a situation that escalates on campus? Can staff or teachers intervene? 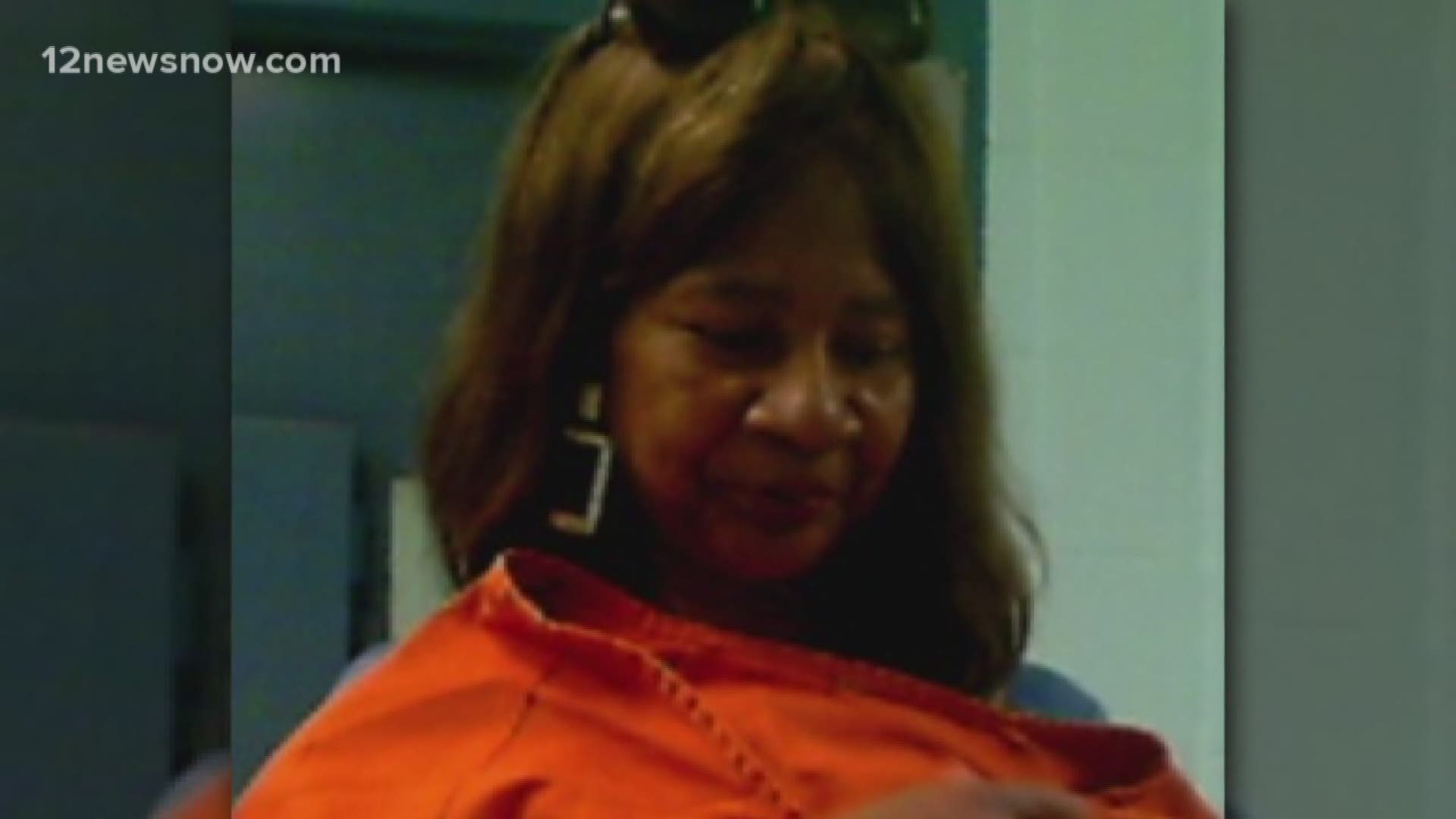