Georgia Leah Moses was 12-years-old when she was killed in August 1997 in California. 24 years later, her sister continues the search for her loved one's killer. 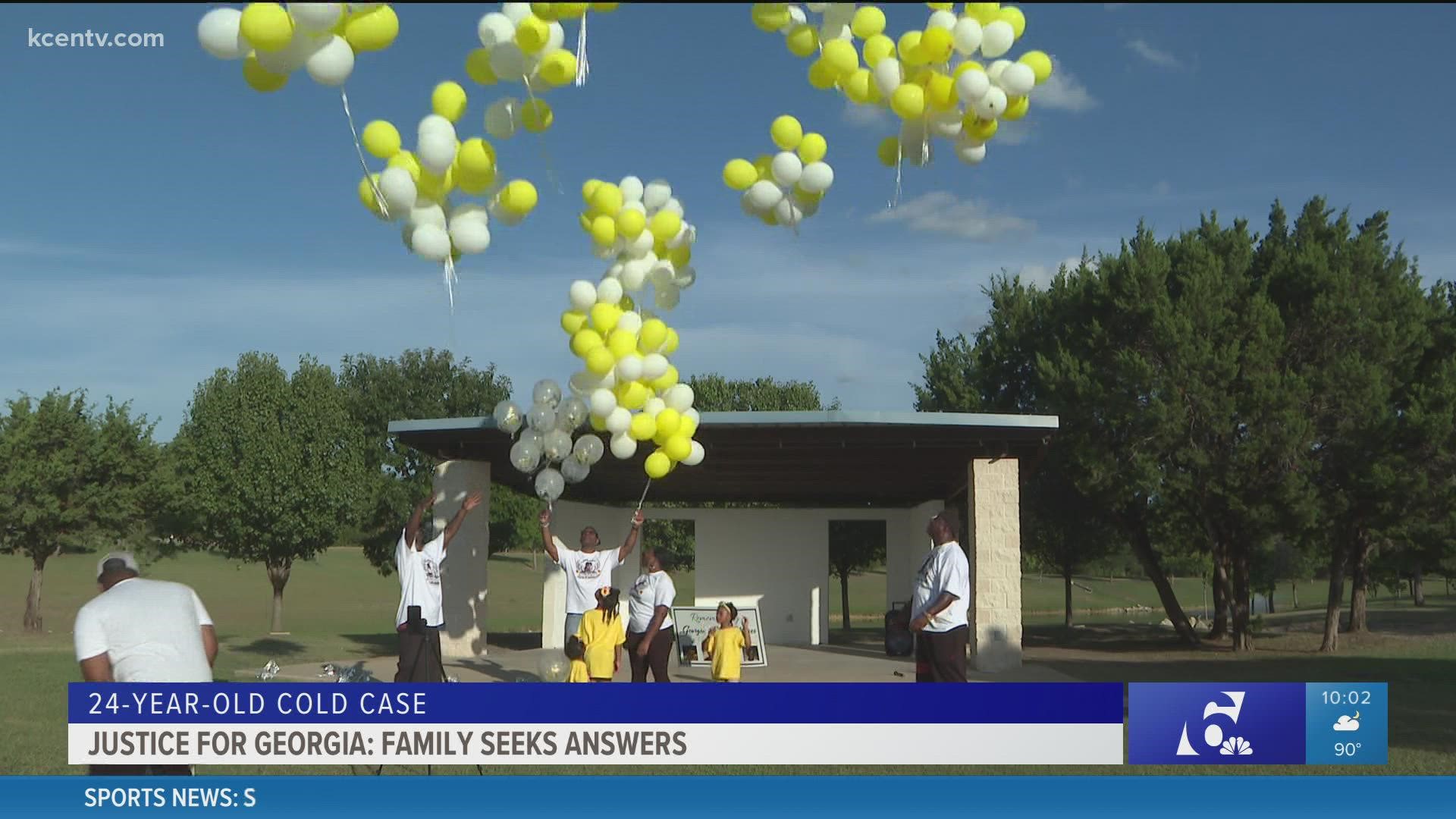 HARKER HEIGHTS, Texas — A family continues their quest for justice and answers for a child who was murdered more than two decades ago.

Angel Turner, sister of Georgia Leah Moses, said her sister was much more than a sibling.

"She was my mom, my sister, my friend. She was really my everything," Turner said.

She described her sister as a positive person and wanted to honor her memory by holding a sunflower-themed balloon release at the Carl Levin Park Amphitheater in Harker Heights.

"There was a part of me that didn't grasp the fact that she was murdered, and so over the past year and a half I've been really dealing with that," Turner said while admitting it's been a rocky road processing the loss.

Standing by Turner's side were family members, helping her remember Georgia. They all prayed, listened to Turner speak on her sister's legacy, and released yellow and white balloons into the afternoon sky.

"It's really a big deal because for so many years my family was separated, so this is the first event where my family is present," Turner said.

She finds the in-person and even online support to be 'a statement of unity.'

Also supporting is California Congressman Eric Swalwell. The representative for the 15th Congressional District is trying to pass the Homicide Victims Act of 2021. Turner, who supports the bill, said it will keep homicide cases from going cold for a longer period of time.

"With the amount of people who are murdered every day, we need something that can ease that burden of fighting and feeling like you're fighting by yourself," Turner said.

Anyone with information about Georgia Leah Moses' death can contact the Sonoma County Sheriff's Office Tip Line, email  WhatHappenedToGeorgiaLee@gmail.com, or reach out to social media platforms requesting justice in the case.